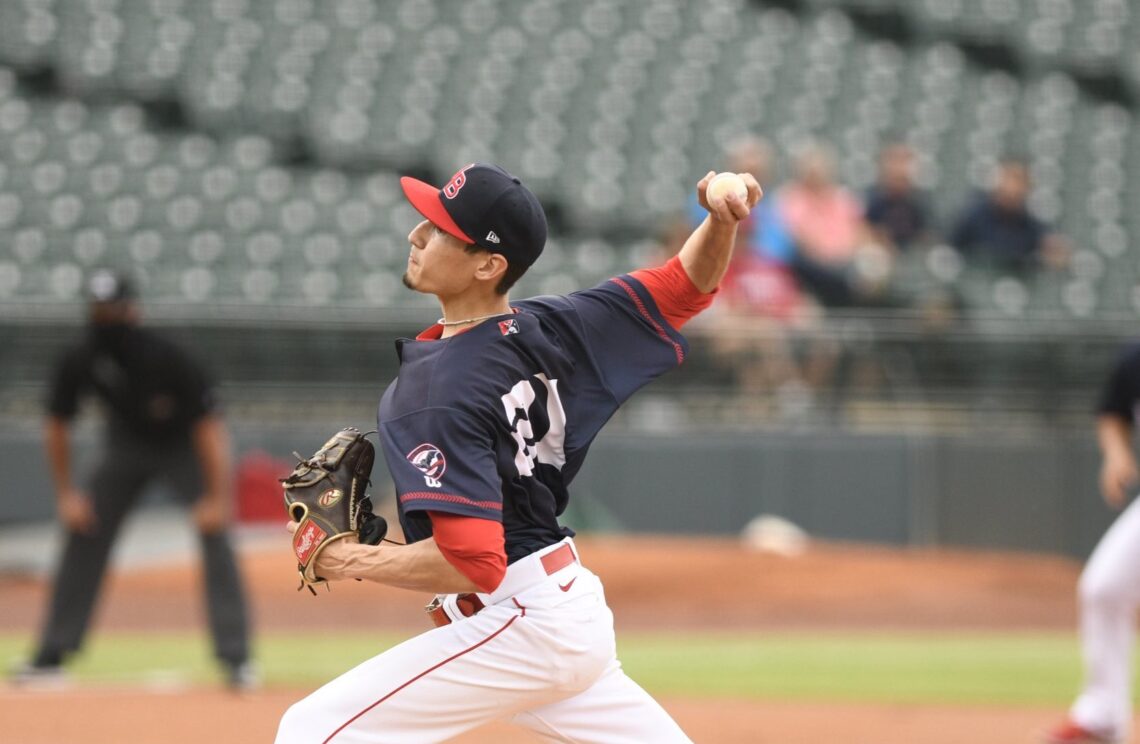 The Reds have announced that RHP Riley O’Brien will start in Chicago against the White Sox in the series opener on Tuesday.

O’Brien be taking Vladimir Gutierrez’s spot in the rotation. Gutierrez appears done for the 2021 season after making 22 starts. The Reds have designated starters through Saturday’s game in Pittsburgh (Sonny Gray, Luis Castillo, Tyler Mahle). But they have yet to announce who will pitch the season finale on Sunday. It could be Reiver Sanmartin, O’Brien, a bullpen game or someone unexpected.

26-year-old Riley O’Brien will be making his major league debut.

The Tampa Bay Rays selected O’Brien in the 8th round of the 2017 draft out of the College of Idaho. The Reds acquired him in the 2020 trade involving Cody Reed. O’Brien had been viewed as a prospect with solid upside in the Rays organization. He pitched for their A+ (3.38 xFIP) and AA (3.64 xFIP) affiliates in 2019 and was assigned to their alternate site in 2020 until the trade.

The Reds added the right-hander to their 40-man roster last offseason to protect him from the Rule 5 draft. In March, C. Trent Rosecrans’ reported in The Athletic that he had “heard from several people around the game that (O’Brien) has a chance to be a big league starter.”

In 2021, the Reds assigned O’Brien, a Seattle native, to Triple-A Louisville where he pitched in 23 games, all but one as a starter, over 112.2 innings. Reports are that O’Brien has added much-needed strength to his slender 6’4″ frame.

O’Brien handled the promotion to Triple-A well. His fastball, walk and ground-ball rates remained about the same at the higher level of competition. But O’Brien gave up more home runs per fly ball. In fact, O’Brien had navigated his minor league career with a low-low HR/FB well below 10%. But for Louisville, O’Brien’s HR/FB more than doubled. He gave up 16 homers in 22 starts. That jump can be the result of bad luck or giving up harder contact or a bit of both.

Riley O’Brien throws four pitches. His fastball comes in at the 93-95 range and tops out at 98 mph. In FanGraphs’ September report, they say O’Brien has a power slurve in the 80-84 range and a low-spin changeup that’s in the upper-80s. The fastball and breaking ball would form a 1-2 combo if O’Brien gets transitioned to the bullpen.

Here’s Matt Wilkes’ scouting report of O’Brien from when the 2020 trade took place. The FanGraphs report, based in part on watching video from 2020 in Mason, has mixed things to say about O’Brien but calls him “a classic small-school late bloomer with a good frame and athletic delivery, his stuff had been getting better for a few consecutive years.”

This start for Riley O’Brien isn’t a tryout. Unless he makes progress on his command and control, O’Brien seems destined to fill a reliever role or a sixth/emergency starter to stash at AAA.