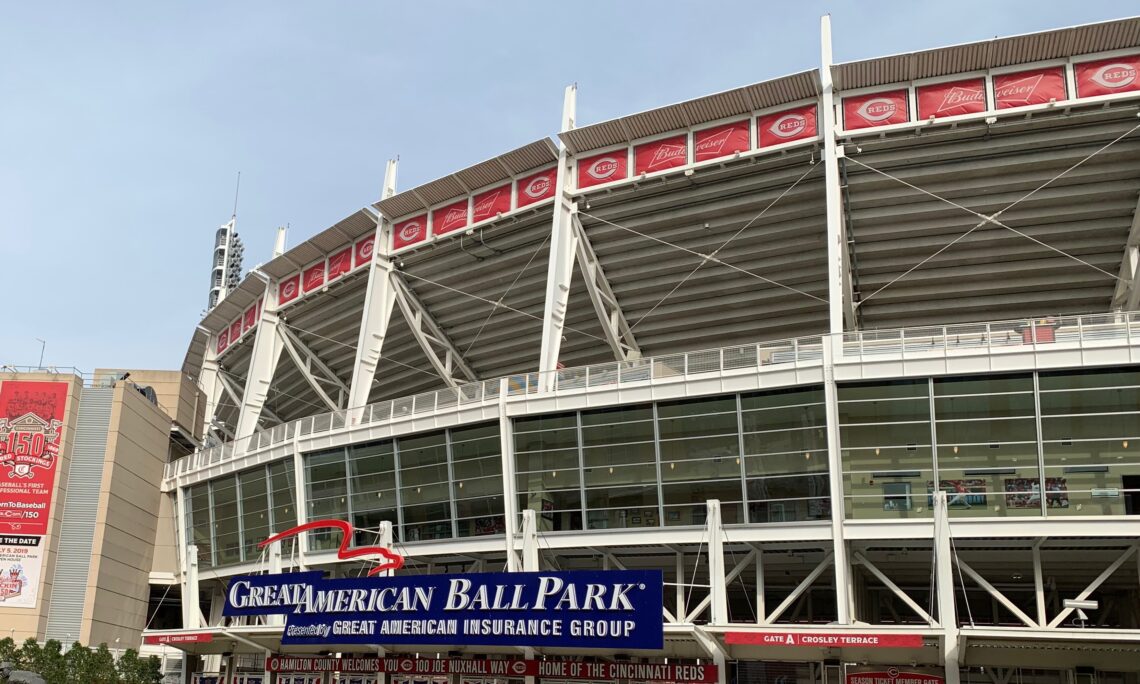 The July 31 trade deadline is two weeks from tomorrow. The Reds haven’t made any moves yet, but the front office has sure been out there talking about it.

Reds president of baseball operations Dick Williams spoke to reporters last week and made it clear the Reds would be active in dealing with other clubs.

Williams and Krall made an important distinction, however. They said the club won’t be looking to acquire players that would help just for 2019, a so-called rental. They want players who will help the Reds this year and beyond.

Williams put it plainly to Mark Sheldon of MLB.com: “Our focus is on this year and the next couple of years. We would place a priority on players that would help us in a window, not just this year. The rental players aren’t as much of the focus as the ones that we would have more control.”

General manager Nick Krall appeared on the Big Time Baseball Podcast and followed Williams’ line. Krall said several times the club was “looking for anything we can do to make this team better in the long run” and “not just for the next two months.”

Both men spoke in generalities. That’s understandable. Let’s translate their hints into specifics to help us figure out what to expect.

First, while neither executive ruled it out, it doesn’t sound like they’ll wholesale shop current Reds who will be free agents at the end of the season. That list includes: Tanner Roark, Yasiel Puig, Scooter Gennett, Jose Iglesias, David Hernandez and Jared Hughes. No fire sale.

Here’s why that’s a safe assumption. If there is a market for those players, it would be with teams who expect to be in hot contention this year. Those teams won’t be inclined to give away contributing players. Fire sale trades produce prospects, not the kind of players Williams and Krall seem to be talking about.

On the other hand, if Roark or Puig advance to the point in the next 15 days where they could bring a nice long-term return, the club would have to give it consideration, particularly with Roark.

It’s hard to imaging Tanner Roark pitching better than he has so far this season. Roark’s ability to command a strong return would be a function of an extreme seller’s market for pitchers. It’s possible. Nearly 20 teams consider themselves still in the running, meaning they’ll be reluctant to part with their own pitching. Roark isn’t a guy who would pitch in the World Series, but he could fill out a rotation for a club trying to make the post-season or win a tight division. In a circumstance of enhanced need and short supply, Roark might bring back one or two decent prospects.

In Puig’s case, there aren’t a lot of teams looking for outfielders, other than Cleveland. That could change. Unless Puig gets even hotter in the next few days, he’ll probably remain more valuable to the Reds than he would be for another team. He’s been at the center of the Reds recent winning streak.

Iglesias, Gennett, Hernandez and Hughes won’t bring back anything of value. A team that needed a shortstop for defense might take a look at Iglesias. Same with Gennett for a team seeking a LH bat off the bench. But contending teams have shortstops, at least for now. Not to say the Reds couldn’t make those trades, but the return would be modest.

So if the pending Reds free agents are unlikely to return the kind of players both Williams and Krall are talking about acquiring, that means one or both of two categories of players are being discussed: (1) top Reds minor league prospects like Taylor Trammell and Jonathan India or the next tier down and (2) Reds major league relief pitchers with multiple years of team control. In that second category, you’re talking about Raisel Iglesias, Amir Garrett and Michael Lorenzen. In the first category, the Reds could put together two of their top-ten prospects (but not any of the top three) for a current player.

Depending on how big of a trade the Reds were contemplating, they could add Anthony DeSclafani, Tyler Mahle or Jesse Winker to the mix.

If, as Williams and Krall say, the Reds are looking to take on a current major league player who is a solid producer and has several years of team control remaining, you don’t generally find those from contending teams. Instead, the teams out of contention, looking to rebuild and save money, would hope to ditch players just reaching arbitration. Those trading partners would want young prospects in return.

The one exception to this would be if the Reds traded Raisel Iglesias or Amir Garrett, plus either Puig or Roark for a major league talent blocked in a contending organization. Like the Yankees’ OF Clint Frazier.

So are the Reds buying or selling? Neither, or both maybe. As I said a few weeks ago, that’s not the way to look at it.

The Reds could make a small deal to pick up a veteran relief pitcher or two, rental or otherwise.

But the real match is a big trade, where the Reds acquire a position player who would slot into a starting job for several years. Out the door would be prospects, Raisel Iglesias or Amir Garrett and maybe even the player who is being replaced (Winker, Iglesias, Peraza, etc.).

But those deals are hard to swing, especially at the trade deadline. They’re easier in the offseason when teams can trade away players and still have the opportunity to patch the hole they just created. We’ll see if the Reds front office can get there. They sure seem like they’re looking.

To determine their trade deadline posture, Dick Williams and his staff should look at the team’s roster, not its record. And good news for Reds fans, that’s exactly what they seem to be doing. We don’t deserve a front office that’s buying or selling, we deserve one that’s smart.