After a mistake-filled loss on Saturday night, the Reds (51-58) will hope the Son-shine of a day game brings better results today in the series finale against the Braves.

Feel free to discuss the game in the comments as it goes on. We’ll be around to chat!

Today’s game presents an interesting matchup between pitchers with similar ERAs but vastly different peripheral numbers. Sonny Gray has pitched up to his 77 ERA- (33% lower than league average ERA) because he has a high strikeout rate, average walk rate, and high ground ball rate. He can reasonably expect to see his ERA stay the same if he continues to pitch the same way.

It’s a textbook example of why ERA can be misleading. On paper, Teheran and the Braves seem to have the slight edge. But Gray has been the far better pitcher in reality.

No Freddie Freeman in the lineup for the Braves today. 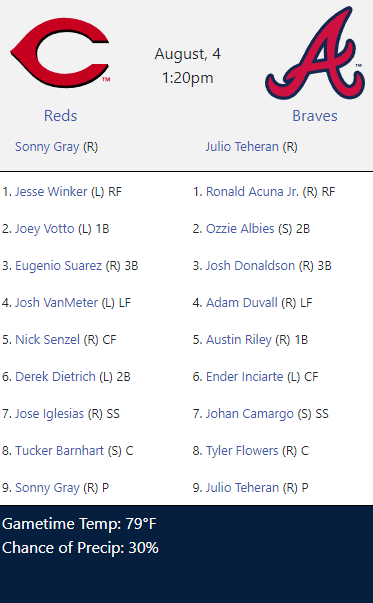 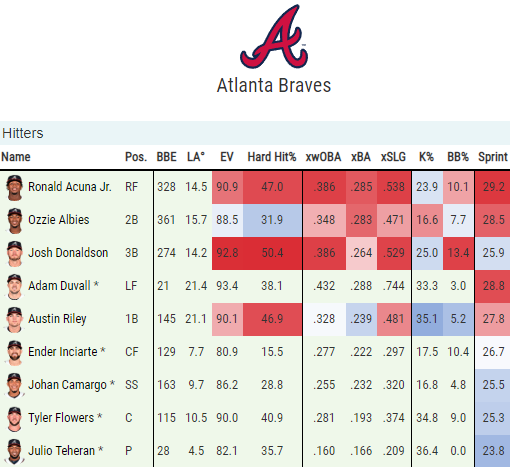 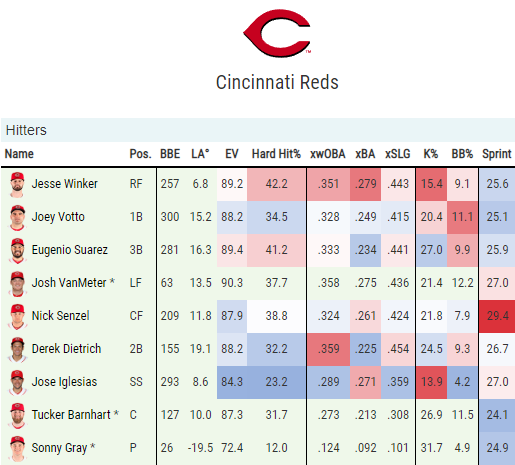