Aristides Aquino was 3-for-5, hit his record-shattering 14th home run [video] and drove in another run with a single [video]. Joey Votto was 1-for-5 and scored two runs, including the tying run in the top of the 8th. Votto hit two balls with more than 103 mph exit velocity and another of 98+ mph. The last ball Votto hit into a double play was 100 mph and had a hit probability of 61%. Tucker Barnhart had a single and walk. Since his three hits in the first game of the series, Freddy Galvis went 0-for-14 with 5 Ks.

Alex Wood turned in a solid performance. In 6 innings he struck out 8 and walked two, but did give up three solo home runs. Lucas Sims pitched a dominant 7th inning with two strikeouts. Michael Lorenzen pitched the 8th and 9th and batted in the top of the 9th (he walked and was thrown out attempting to steal 2B). Lefty Amir Garrett pitched a clean 10th inning and Robert Stephenson followed with a perfect 11th.

Raisel Iglesias had the 12th and got just three pitches into it before giving up a game-winning homer. The home run pitch (blue in the graphic) was high and inside and not a bad pitch. Repeat, not a bad pitch. The batter just put a crazy swing on it. 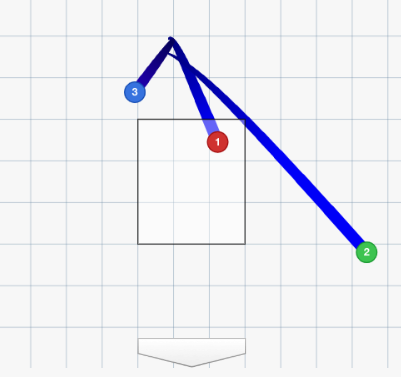 If you think he’s completely different this year, it’s not supported by the data. If you control for variance in run environment between seasons, Raisel Iglesias has been pretty much the same pitcher this year as previous years. Here is his xFIP- (the minus means it’s adjusted for run environment):

Regarding the other Iglesias, with runners at first and third and two outs in the 7th inning, Jose Iglesias swung at six pitches (4, 5, 7, 8, 9, 13) out of the strike zone, including that last one a couple feet away from being a strike. 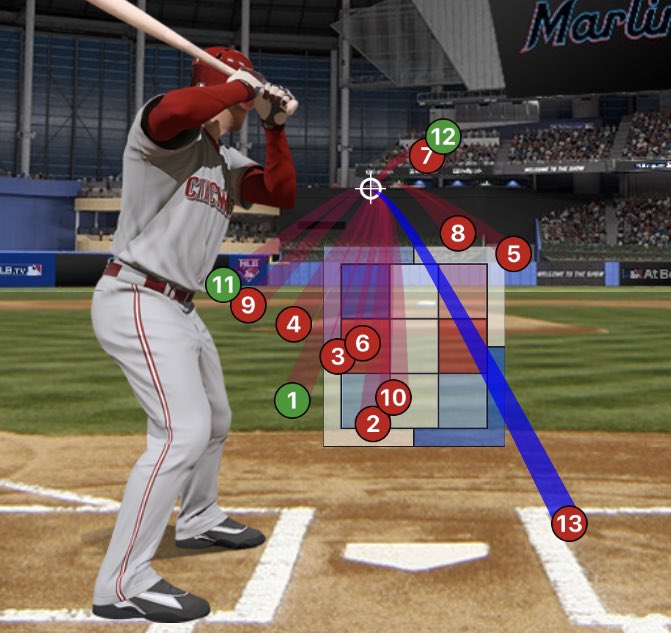 If you think that’s a good “clutch” at bat you should think again. Even if swinging at a couple of these was OK, several other pitches were way out of the zone. Batters shouldn’t swing at any pitches that far out of the zone, let alone three or four in one plate appearance. At bats like this are part of the case for not signing Iglesias as a free agent, unless it’s strictly for defense.