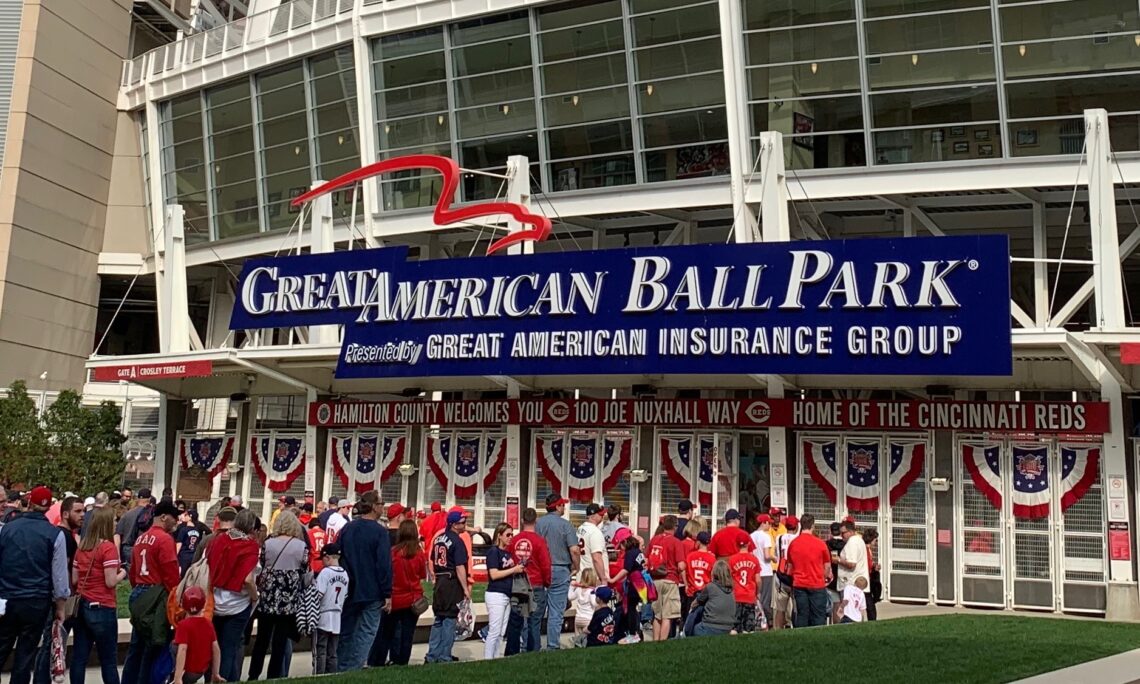 The Reds wandered into the nation’s capital like an uncertain tourist. Over the next three days, it became obvious and painful that the team was still reeling from its dramatic Sunday loss to the Cubs. In the Washington Nationals they found far-from-gracious hosts. The Nats are an excellent club and, like the Reds, playing as if they need to win every game.

A couple of losses to the Nationals were close and hard-fought. But the margin yesterday was a touchdown and field goal. The stretch beginning with Michael Lorenzen’s fateful slider to Kris Bryant and running through the Nationals series delivered a clear message. And yesterday’s depressing 5th inning put a period at the end of it.

No sneaking in. Not this year.

As the Reds (56-63) stagger home for a 7-game home stand, they are 7.5 games out of first place in the NL Central and the same distance from the second NL Wild Card slot.

What are the Reds actual postseason prospects?

If you average the odds calculated by Baseball-Reference, FanGraphs and Baseball Prospectus, they have a 3.6% chance of making the postseason and a 1% chance of winning the NL Central.

Not zero. Not much above zero, either.

So if the Reds playing in October is no longer our primary concern, what should Reds fans be looking at the rest of the 2019 season. It turns out we should be focused on the same thing Dick Williams and the Reds front office is looking at: data that informs answers about the shape of the team for 2020.

Looking ahead to next year has become an August (or July, or June) ritual for Reds fans. But this season it’s different. The Trevor Bauer trade and subsequent moves indicate that.

Think of an “in-ness continuum” with Abject Rebuilding on the left and All-In on the right. The Reds spent 2015-2018 at the far left end. In 2019, as I wrote in February, the Reds weren’t all-in, they were just “in” but it felt like more because of recent history.

The Bauer trade moved the Reds decidedly farther to the right. The swap of two months of Puig for two months of Bauer was about 2019. The real impact of the deal will be felt in 2020 when Trevor Bauer pitches for the Reds while Taylor Trammell continues his minor league career with the Padres. Yes, the Reds will likely get something at the end of Bauer’s time with the Reds, either through a qualifying offer or deadline trade. But that deal pointed directly at 2020.

So did the subsequent wavier pickups of Kevin Gausman and Freddy Galvis. The G-Men cost real money. The Reds picked up their seven-figure salaries not because of what Gausman and Galvis can do now, but with eyes squarely focused on 2020. August and September are every bit as much try-outs for those veterans as those months are for Josh VanMeter, Sal Romano and Phillip Ervin.

Yes, “fan” is short for fanatic. You and I and other Reds fans will pull for a 4-game sweep of the Cardinals this weekend, hoping to jump-start the postseason drama and scoreboard watching once again. Our site still has the standings posted in the sidebar. I’m one of those beyond-all-reason fans. After all, I bought season tickets this year because they come with an offer of postseason seats. For people like us, it isn’t really over until it’s over.

That’s the “what now” for our hearts.

As for our brains, it’s time to focus on evaluating players based on what they can do for the Reds in 2020 and beyond. A few issues:

These and other questions are what Reds fans should be considering as they watch the team’s final 40+ games.

There’s all that and spoiling the Cardinals season. St. Louis is now tied for the second NL Wild Card spot. The Reds play the Cardinals eight times in between now and September 1.

I agree that the recent moves all show that the FO has an eye on 2020, and I like it. But I wish the playing time controlled by DB would give more shots to Van Meter at 2B, leaving more shots for Aquino, Ervin, and Winker in the outfield. I would give Senzel some days off to make this happen, as well; he seems a little tired so would seem to benefit, too. While the the FO and the field management have seemed relatively in sync this year – which is refreshing after the obvious disconnects of previous years – current decisions seem a little out of whack. While Bell may be managing as aggressively as possible for every win to climb into the race, he should some faith that these young players can possibly produce beyond the veterans: see Mr. Aquino for exhibit A.I hope the seeing disconnect and reliance on veterans and previous numbers are remedied quickly.