The Reds must have avoided black cats and kept all their mirrors intact, as they held on for a 4-3 win over the Diamondbacks on Friday the 13th. Joey Votto and Josh VanMeter provided the offense with a two-run home run apiece. 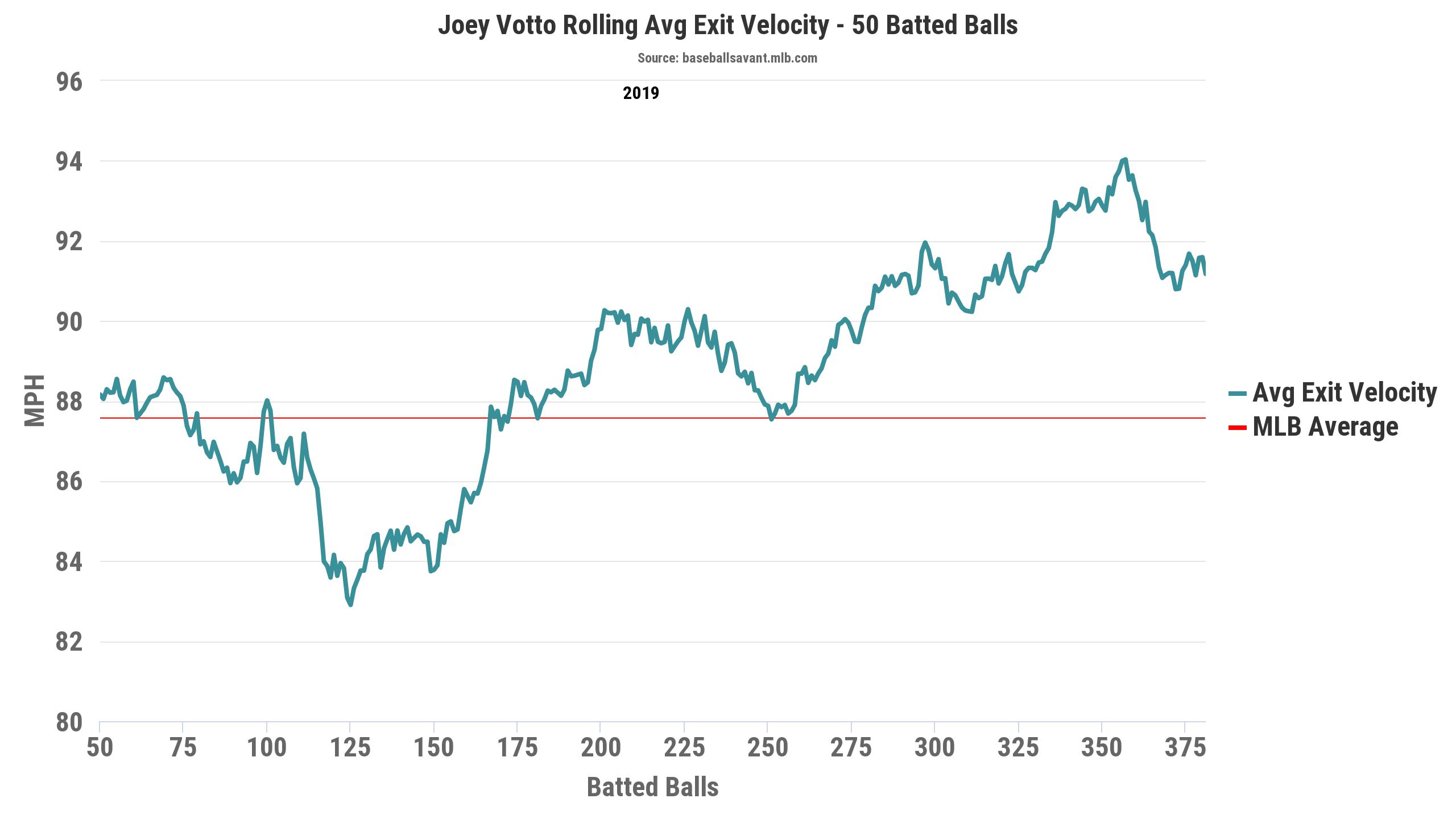 Votto has had a disappointing season overall, but this gives some hope that he can still be productive in 2020. Since July 18, his average exit velocity (91.7 mph) is 17th best among 180 hitters with at least 100 batted balls. His season wRC+ has crept up to 103, meaning he’s been 3% better than league average at the plate this season.

VanMeter’s blast (103.1 mph, 423 feet) came in the fifth inning to put the Reds up 4-1. The league has definitely adjusted to VanMeter of late — that was his first hit since Sept. 5 and he has a 63 wRC+ since the beginning of August — so it was good to see him go deep.

On the mound, Luis Castillo started the game and pitched only five innings of two-run, three-hit baseball. He walked three and struck out three before he was pulled at 84 pitches. After we talked about how he’s thrown the two-seam fastball more of late in Friday’s game preview, he turned around and featured his four-seamer heavily on Friday. Castillo recorded all three outs in the first inning with his two-seamer before largely abandoning it the rest of the game.

He did, however, have a strong SwStr% (14.1%) despite striking out only three hitters. Castillo’s slider (27.8 SwStr%) and changeup (20.8 SwStr%) each got five whiffs, as he featured the former against right-handers and the latter against lefties. The Diamondbacks didn’t put his slider into play a single time.

Robert Stephenson had a tough game in relief, allowing a run on a hit and a walk. His usually tough slider wasn’t as effective as usual; it got only one whiff in 13 uses. Michael Lorenzen threw two scoreless innings, allowing only a hit and striking out two. Raisel Iglesias threw a scoreless ninth, though he did allow a two-out double. Iglesias, too, struggled to miss bats more than usual, with only one whiff on 20 pitches.

Preview: Reds vs. Rockies (July 28) – The Debut of Alex Wood