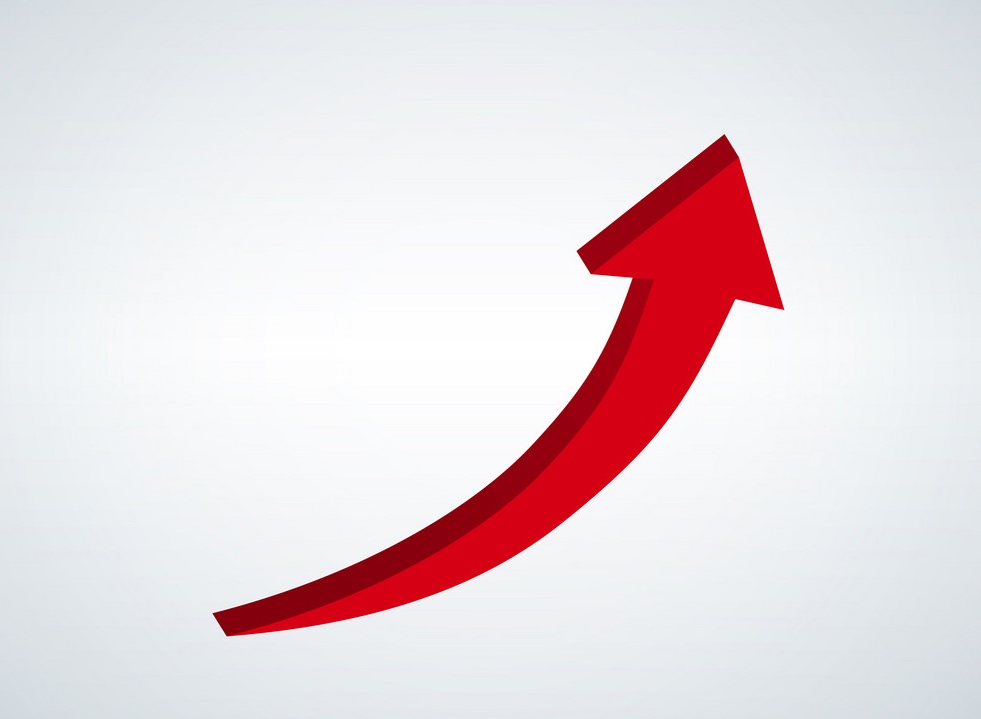 This is a quick sketch where the Reds stand in relation to 2020. It’s not a comprehensive analysis or a detailed breakdown of individual players. You can expect many posts here over the next few days, weeks and months with that. These are broad-brush thoughts on the evening the 2019 Reds season came to an end.

And yes, it’s reason for optimism.

The Reds showed huge progress in 2019

The summary is easy: The pitching improved vastly; the hitting, not so much. Net gain? Fortunately we have a way of putting numbers on those qualitative statements.

Run Scoring The Reds scored 701 runs this season. Let’s put that in perspective. They scored 696 runs last year. In the previous nine seasons dating back to and including the 2010 NL Central championship season (remember, end points are arbitrary), they averaged 699 runs per year. Scoring 701 runs sounds respectable.

Not so fast. this year the major league baseball was built like a Wham-o Superball. And yes, the balls are still bouncing. Run scoring league-wide was up nearly 10% over 2018 and 15% over the previous nine years. To compare the Reds to other teams, you have to look at the 15 NL teams because of the DH rule. The 2019 Reds finished 12th in the NL in run scoring and were 60+ runs behind the 11th place team. Way below average.

Run Prevention is a function of pitching, defense and positioning. Part of that is hard to separate (were the pitchers pitching better or the defenders in better places?). One way to isolate pitching is through metrics that are independent of fielding. Reds pitchers raised their strikeout rate from 20.0% (last) in 2018 to 25.7% (tied for 1st) and increased their ground-ball rate from 41.2% to 44.3%. Their walk-rate remained about the same. Put that all together and Reds fielding-independent pitching went from 13% below league average to 6% above (and that includes home runs).

The Reds passed the stupid Cubs today and finished 3rd in Run Prevention in the National League. The only teams that gave up fewer were the Dodgers and Cardinals. The Reds were way better than average.

Run Differential The real measure of improvement can be seen by Run Differential, which is the difference between Run Scoring and Run Prevention. The Reds finished with a Run Differential of -10 (701-711). Compare -10 to the previous four years of Reds wilderness:

Improving Run Differential by more than 100 runs is enormous and an undeniable sign of overall team progress.

The Reds pitching is in strong shape heading into 2020

The Reds have three top-of-the-rotation guys in Luis Castillo, Sonny Gray and Trevor Bauer. Anthony DeSclafani was league average or better depending on the metric you use. Same for Tyler Mahle. “League average or better” is pretty, pretty good for your #4 and #5 pitchers. Take a look at xwOBA — that’s a weighted measure of the actual quality of contact, plus strikeouts and walks. League average was .324. Here are the Reds starters:

The Reds have those five players locked up. That’s a terrific baseline even assuming they don’t bring in a new starter for 2020.

The bullpen has also been good, especially the pitchers who are returning next year. The Reds have five (Raisel Iglesias, Amir Garrett, Michael Lorenzen, Robert Stephenson and Lucas Sims) or six (add Kevin Gausman) relievers returning who have had strong seasons relative to the league. They are in an age range where they could repeat their performances. Gausman will be tricky to sign because of his salary being so high based on him being a starter prior to this season. The Reds and Gausman will have to reach an agreement outside of arbitration for that to happen. That’s possible.

Having an entire starting rotation and 5-6 bullpen arms already in place is terrific.

The Reds have money to spend

Assuming a modest increase in payroll, say from $127 million to $135 million and normal arbitration and other contract-based increases in salary, the Reds front office will have tens of millions of dollars to spend (worked out in detail here) on new acquisitions. They can use that to sign free agents or take on the salary of a player who already has a contract. Of their current rostered players, the Reds have arbitration or contract decisions to make on Gausman, Freddie Galvis and Jose Peraza. Even if they bring back all three, they’ll have north of $20 million freed up.

The front office is modern, moving in the right direction and focused on the near term

Dick Williams hired David Bell, a manager who is smart, highly prepared and up-to-date. Bell, Williams and Nick Krall brought in a staff of pitching coaches led by Derek Johnson and Caleb Cotham who led the pitching revolution enumerated above. The Reds have adopted the latest technologies to help them improve. They offer players detailed scouting reports like never before. The front office this afternoon announced new personnel and structural steps to improve player development.

The collective brain trust (and I give Bell and his coaches huge co-credit for this) ditched Billy Hamilton and Homer Bailey. They acquired Sonny Gray and signed him to a cheap 3-year extension. They swung the Yasiel Puig trade with the Dodgers that would have been great for the Reds if Alex Wood hadn’t come down with a sore back. He would have had a chance to pitch as well as Castillo and Gray. The front office turned Puig and Taylor Trammell into Trevor Bauer.

The Reds also showed signs of smarter on-field management. They made aggressive and wise use of platoon splits. They more than doubled the number of infield shifts they deployed. They cut the number of sacrifice bunts by non-pitchers down from 21 in 2018 to just two this season. In 2013, Dusty Baker’s final season, the Reds had 37.

No sugar coating here. The Reds still have a long way to go. But the distance left to travel is significantly shorter than it was a year ago. Another 100-run gain in Run Differential will put them in the postseason. The front office will need every ounce of hard work and guile and every penny of Bob Castellini’s money they can muster to bring the offense in line with the pitching. That means a daring and aggressive Get The Hitting plan that matches the audacity and success of Get The Pitching they pulled off last off-season and the trade deadline.

Williams, Bell, the front office and coaching staff have proven to be capable agents of progress. And, maybe because of their last names, they seem to have purchase with ownership to implement their designs. The trade of Trammell for Trevor Bauer should remove any doubt they’re pointing to 2020.

Can they improve enough in a season?

excellent piece and site… I agree that I feel the Reds can contend next season and realize there is money to spend. I tend to think they will use trades to bolster the hitting defecit, unless FA bidding remains low. The obvious SS target would be Lindor, but who would be the C target? Also, since there will be some concern about Senzel’s shoulder, and as a physician, I think they are valid, I wonder who the CF targets might be as in-house your best CF is also one of your best bullpen arms. I would be curious to see what Mike Lorenzen could do at the plate if he spent an entire off-season prepping to play 100 games or more in the field and getting regular ABs. I wouild be inclined to shop Garrett , Raisel and Barnhart but would prefer not to raid the farm unless it is for a game-changing piece with some control. I look forward to following your site.

They have to decide whether to keep Senzel in CF or move him to 2B. If Senzel plays 2B, they could look for a CF in the free agent or trade market. I agree with you that they’ll make at least one trade on offense. I wouldn’t be surprised to see a similar approach to what they did for pitching. They brought in Roark, Wood and Gray and signed Gray to an extension. They got Bauer at the deadline. I wouldn’t be surprised if they were equally aggressive at turning over the lineup. I mean who are the untouchable guys? Suarez, Senzel and Votto because of his contract. That’s the list. Everyone else, including Winker, Aquino and Barnhart should be shopped.

Excellent article Steve! At his point, I don’t have to squint too much to see a path to success. The injury to Senzel is troubling in that expectations for next season are hard to predict. Therefore, I believe putting him at 2B is the way to go assuming a CF option is secured. The wear and tear at second should be less. The starting pitching is there. Bauer is a far better pitcher that what some of his starts showed. A couple improvements in the bullpen setup roles should lock that down. R. Iggy is an outstanding pitcher. He will rebound. The real work is addressing the everyday 8. Suarez, Senzel and Votto. That is it. Everywhere else there is work to be done and I have much faith in the new leadership to to reconstruct the lineup. I love the run differential analysis. I want to break this down and see how the Reds are doing against above .500 teams and then playoff teams. It’s great to beat up on the rebuilding teams and this should be a given. A true indication of forward progress will be the results versus the best teams.

I’d like to see Senzel move to 2b and bat leadoff everyday. I’d like to see Jesse Winker play left field only and bat 2nd 90% of the time. More high on base guys in front of Suarez. Obviously staying healthy is hard to predict.