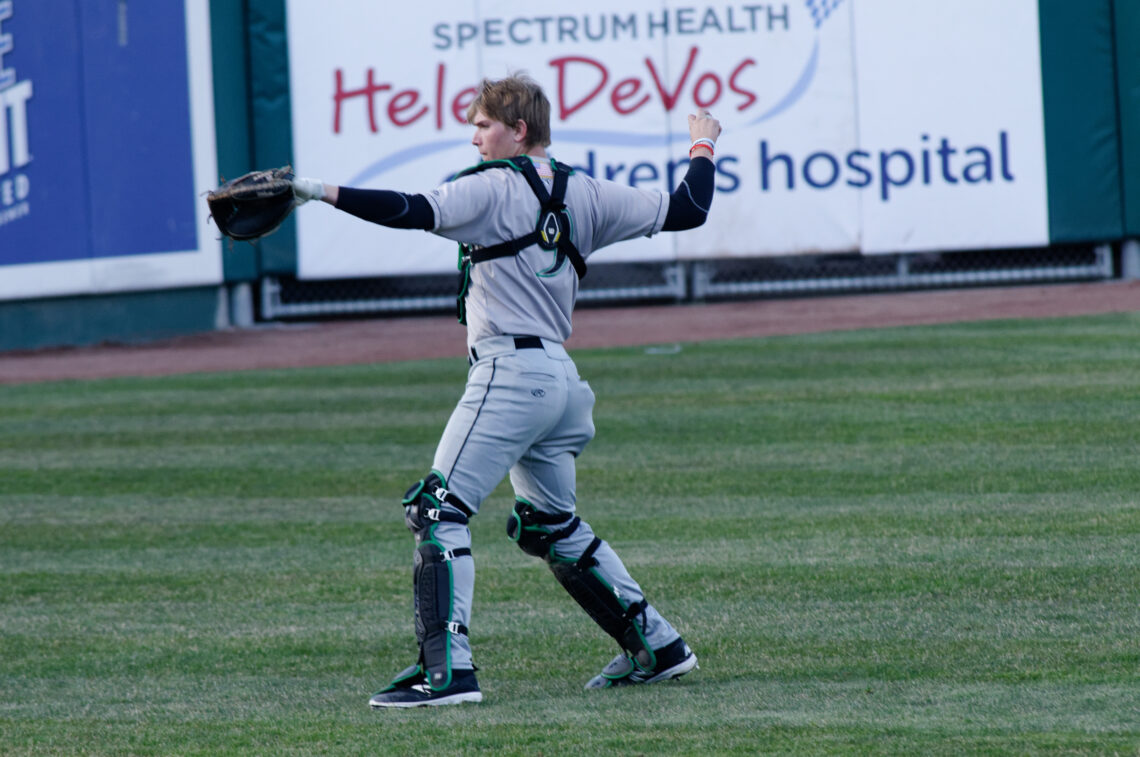 As the 2020 season approaches, the Reds have upgraded at numerous positions throughout their roster. While most of the new additions over the past two off-seasons have come from outside the organization, 2020 could see the Reds graduate a player from their minor league ranks to become a Major League contributor.

Upgrading at catcher was prioritized by the Reds in both 2018 and 2019. Last offseason, Dick Williams and Co. were deep in trade talks with the Miami Marlins for JT Realmuto. The deal never materialized, however, and Realmuto ended up being traded to Philadelphia.

This offseason, the front office pursued Yasmani Grandal, a former first-round pick of the organization in 2010. Grandal eventually signed a 4 year, $73 million contract with the Chicago White Sox, but the Reds were one of the finalists for his services.

Entering this season, the Reds will have two Major League catchers in Tucker Barnhart and Curt Casali. Both are considered league-average players, which is better than most teams at the position. In the pipeline, the Reds are readying Tyler Stephenson, a former first-round pick, who could be the long-term answer behind the plate.

Let’s break down the present and the future at catcher for the Reds.

Drafted in the 10th round of the 2009 MLB Draft, Barnhart is entering his seventh season with the Reds, and is the second-longest tenured homegrown player on the roster. He is also in the third year of the four-year, $16 million extension he signed in 2017.

Barnhart struggled at the plate in 2019, finishing with the worst OPS+ (82) of any season in which he has played more than 100 games. He was able to tie a career-high with 11 home runs and raised his walk percentage to 12.1%. Despite switch-hitting his whole career, Barnhart announced at the end of the 2019 season that he would be giving up hitting right-handed. Barnhart’s career splits suggest he is better off hitting left-handed:

Behind the plate, Barnhart has been highly regarded for his slick fielding. He won a Gold Glove in 2017 and handled some of the toughest pitching staffs in recent Reds history. Advanced statistics do not see Barnhart as effective as some fans.

In 2018, StatCast had Barnhart at -2 Outs Above Average, and 2019 saw him improve slightly to -1 OAA. He also was 23rd among Major League catchers with 2 Runs From Extra Strikes, which converts strikes to runs. Barnhart graded 26th in converting just 48.8% of non-swing pitches into strikes, tied with Curt Casali. His framing improved drastically from 2018, when he was the worst-graded Major League catcher in Runs From Extra Strikes (-18).

Projections for 2020 see Barnhart similar to his career .699 OPS. Marcel Projections expect a slight increase at .723, with similar home run (11) and RBI (46) production.

Drafted in the 10th round of the 2011 MLB Draft, Curt Casali turned his career around after being acquired by the Reds in May 2018. The 31-year-old enters his third season with the Reds after signing a 1 year, $1.46 million deal to avoid arbitration.

In terms of defensive prowess, Casali is not quite on Barnhart’s level. They graded out exactly the same in converting non-swing pitches into strikes last year (48.8%), but Casali was had zero Runs From Extra Strikes. 2018 was a smaller sample-size, but his numbers were worse (-2 Runs From Extra Strikes, 45.5% strike rate).

Steamer Projections for 2020 predict Casali’s on-base percentage to regress (.331 to .312), but his overall OPS to be at .708, which was the same as Barnhart’s this past season. Marcel Projections are more favorable to Casali, seeing him reach career-highs in home runs (12) and RBI (42).

How will they be used?

David Bell is known for not keeping the same lineup especially for leverage and matchup purposes from game-to-game. With Barnhart permanently hitting from the left-side, it’s possible to see a straight platoon with Casali.

If Bell chooses to use this leverage for his catchers, it could result in better production from the position. Neither has proven themselves to be worthy of starting every day, so expect to see a heavy dose of both Barnhart and Casali throughout the season.

There are few places on the Reds roster where a minor leaguer could potentially make an impact this season, but catcher is one.

Tyler Stephenson was selected 11th overall by the Reds in the 2015 MLB Draft. Five years later, the now 23-year old prospect has blossomed into one of the more promising players in the Reds farm system.

Stephenson was ranked 73rd in FanGraphs’ Top 100 Prospects for 2020, the highest of any Reds player in the rankings. They predict his Major League debut to be this season, and that was aided by the fact he was added to the 40-man roster in November.

After battling injuries early in his career, Stephenson has put together solid seasons in Daytona (A+) and Chattanooga (AA). This past season he continued to evolve at the plate, posting a 10.2% walk percentage and .372 OBP.  He was selected to play for the Glendale Desert Dogs in the Arizona Fall League.

Playing with numerous other top prospects, Stephenson stood out during his time in the AFL. Over 13 games he posted a .347/.418/.490 line, hitting 7 doubles and walking 5 times. He was also selected for the All-Star Game and he hit one of the most impressive home runs you’ll see.

It’s reasonable to expect to see Stephenson in Cincinnati this season. His plate discipline and projectable power (6’4, 225 lbs) make him an ideal hitter for today’s Major Leagues. His defensive projections from evaluators don’t suggest a major drop-off from what Barnhart and Casali provide. Baseball Savant sees upside for Stephenson with his glove, stating, “he doesn’t look too big when he’s set up behind the plate while offering a good target and showing excellent flexibility. One scout felt his hands were the best part of his defense.” In my opinion, we will see Stephenson in June or July of 2020, barring some type of injury.

By the end of this season, the Reds could have a tricky situation with their catchers, or one that could solve itself. If Stephenson proves to be the future with an impressive 2020 season, Barnhart and Casali could be battling to see who is Stephenson’s future back-up.