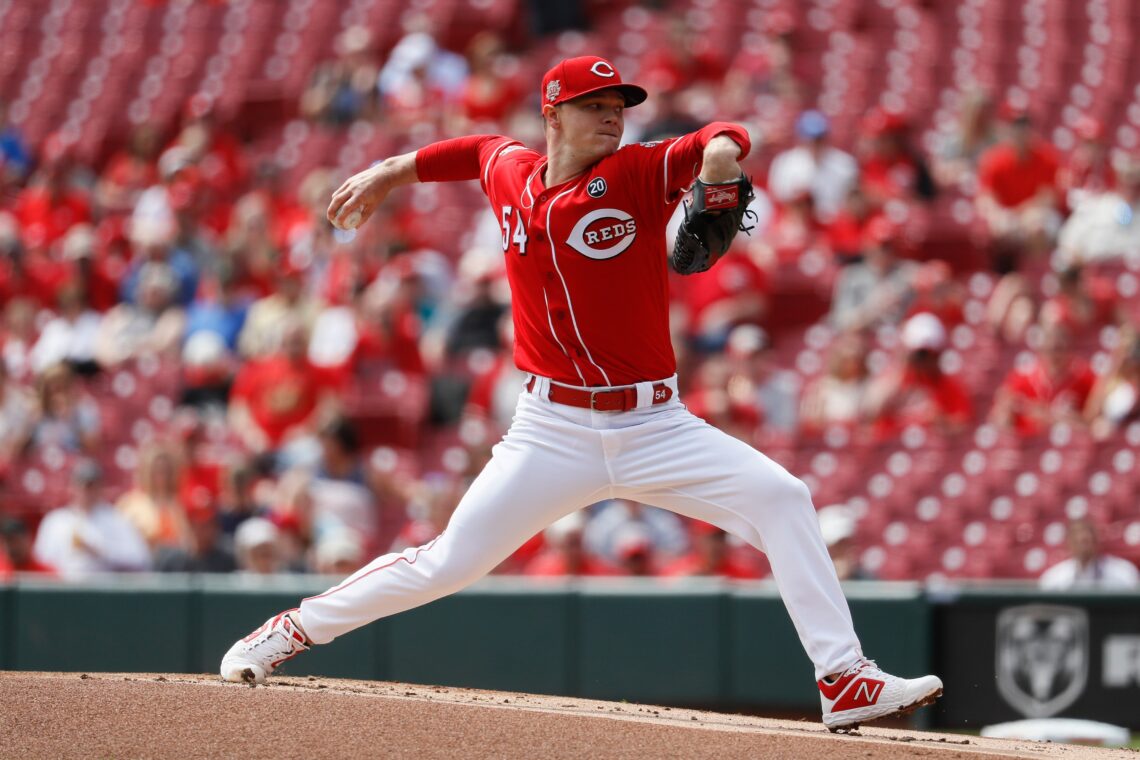 With as much as the Cincinnati Reds have improved their lineup this offseason, it can be easy to forget their pitching broke out in 2019. Even more staggering is how much the staff improved from 2018 to 2019. One of the many reasons we all witnessed such a drastic turnaround was because of Derek Johnson and his coaching staff fine tuning each player’s best pitches and focusing on using those pitches more often.

Quantifying the effectiveness of a pitch is not easy. Some pitches are inherently going to elicit certain results more than other pitches would. For example, fastballs tend to end in hard contact at a high rate, while curveballs result in ground balls more than most pitches. Situational context can play a huge factor as well. How many men are on base or how well a certain pitch sets up another pitch are hard factors to take into consideration.

The metric I’m using for this list is Pitch Value (or Pitch Type Linear Weights). Pitch Type Linear Weights assign a value to every pitch a pitcher throws over a season. The value is based on the result of each pitch, whether it be a hit, out, or a change in the count. The value comes from the difference in run expectancy before and after the pitch.

For every count (0-0, 0-1, 1-0, etc.) there is an average run expectancy. At the beginning of an at bat, the count is at 0-0 and run expectancy is zero. If Luis Castillo were to throw a changeup for a strike, the run expectancy for the batting team would go down, and his changeup pitch weight value would increase. If Castillo threw another change on the next pitch and gave up a single, the batting team’s run expectancy would shoot up higher as Castillo’s pitch value for his off speed pitch would decrease by that same amount.

Over the course of a season run expectancy values accumulate to total pitch type value. On top of giving us a cumulative number, Pitch Type Linear Weights standardizes runs at a per 100 pitch basis to make things equal between differing sample sizes.

For pitchers, the higher the number, the better. Zero is average for pitch value, so positive numbers are above average and negative numbers are below average. The range of pitch weight values varies depending on the type of pitch. Fastballs tend to give up more runs than other pitches, so their values have a limited upside at -1.5 to 1.5. Breaking balls and off speed pitches have a wider range of outcomes as the range spans -5.0 to 5.0.

Pitch Type Linear Weights is by no means a perfect stat, but gives us a good way to see how well (or poorly) a certain pitch limited run production. It is descriptive of what happened and not necessarily predictive. Let’s take a look at what pitches ranked the best in 2019. We’ll examine all current Reds pitchers, including the team’s new acquisitions.

Today we’ll list numbers 6-10 and the pitches that just missed.

Two groups of pitches just missed the top 10 for one of two reasons. The first group is because of quantity. These pitches are either thrown by pitchers who did not have a long enough stint in the majors in 2019, or pitches that make up a low percentage of a pitcher’s pitch mix. All five of these pitches rated highly and could have made the top 10 if they were thrown more often at this level of success.

When comparing pitch weights of all types against each other, some pitches fair better than others. Trevor Bauer has one of the top cutters in the league, yet his cutter pitch weight (0.30 wCT/C) compared to off speed pitch weights is significantly lower. As is to be expected, some pitches are going to result in more hard contact than others, which naturally raises their run expectancy. These next four pitches are lower in value compared to other pitches because of what type of pitch they are, but they still rank highly among their peers.

Iglesias has started to throw his changeup more often in the past two seasons, and it has paid dividends as proven by its 1.39 wCH/C. The Cuban closer had an impressive 44.1 Whiff% in 2019 on the changeup, which helped lower his xWOBA to .225 when using it. His off-speed pitch improved in the past two years, dropping four inches lower than previous seasons and 2.5 inches more than the league average changeup. His four-seamer and sinker clock in around 95 MPH, so when batters attempt to hit his 89 MPH changeup, he can avoid hard contact. Batters have a Hard Hit % of 24.3 against Iglesias’ change, which leads to a high 48.6 GB%. In 2020, Iglesias should continue to use his changeup more often as it puts away over a third of the batters he uses it against.

Yet another reason to be excited for the 2020 season is the fact that the Reds have three of the top ten changeups thrown by starting pitchers in the major leagues. Newcomer Wade Miley had the tenth-best changeup in 2019, according to his 1.69 wCH/C. Miley’s changeup is especially deadly against right-handed batters as it tails away from the right side of the plate. Evidence of this can be found in Whiff%, as 39.4% of righties swing and miss, but only 19.0% of lefties whiff at the pitch. As a result, Miley hardly throws the pitch against lefties. Coming into 2020, Miley will look to continue his 20.5 K% with the changeup.

Sonny Gray used his slider a career high 21.1% of the time in 2019 while producing a 1.84 wSL/C. That puts Gray’s slider as the 6th-best among starters in the league. It’s easy to see why his slider limited runs so well this past season. Gray’s Whiff% with his slider was 40.4% last year and had a Chase% of 35.5. He thrives most when keeping the pitch outside of the zone (which validates his beef with the Yankees forcing him to throw it in the strike zone), as batters miss 64.2% of the time when swinging at his non-strike sliders. That seems like a recipe to success that Gray should be able to replicate in the year to come.

I was surprised to see Amir Garrett’s premier pitch so low with a 1.96 wSL/C in 2019. Don’t get me wrong — that’s still an elite level of run prevention, but why is he just the 25th-best slider among MLB relievers? The answer to that question might be sheer volume. In 2019 Garrett threw his slider 58.0% of the time instead of his four-seamer, which had been in that range the past two years. The decision itself was wise as his slider has a Whiff% of 54.3%, but once again the volume of sliders thrown may have kept him outside of the top sliders thrown last year in terms of run potential. Should Garrett revert back to his old pitch mix and make his slider a secondary pitch? The short answer is no. His slider was just as effective as his primary in 2019, and even became more potent than in years prior.

Chalk this up as another pitch I expected to be higher in these rankings. His 2.35 wCB/C puts his curve firmly at third in the league among starters. So why is it not higher up, especially when it’s one of the best curveballs in the league? This goes back to some pitches eliciting certain results more than others. Curveballs, when gone wrong, can be hit better than most pitches. When Gray kept his curve out of the zone, batters missed 56.6% of the time. On the other hand, when Sonny Gray left his curve hanging in the zone, batters made a high contact rate of 87.3%. If he can keep both of his stellar breaking balls out of the zone, the Reds will have another high strikeout year from Sonny Gray.

Pitches #6-10 could easily be the top pitches on many other major league ball clubs. What sets Cincinnati’s staff apart is the quantity of their quality pitches. View the top 5 pitches here.

Nice article, Matt! Reds pitching should be solid all around this season, from starters to bullpen arms.

Thanks Joel. Looking forward to watching them this summer!