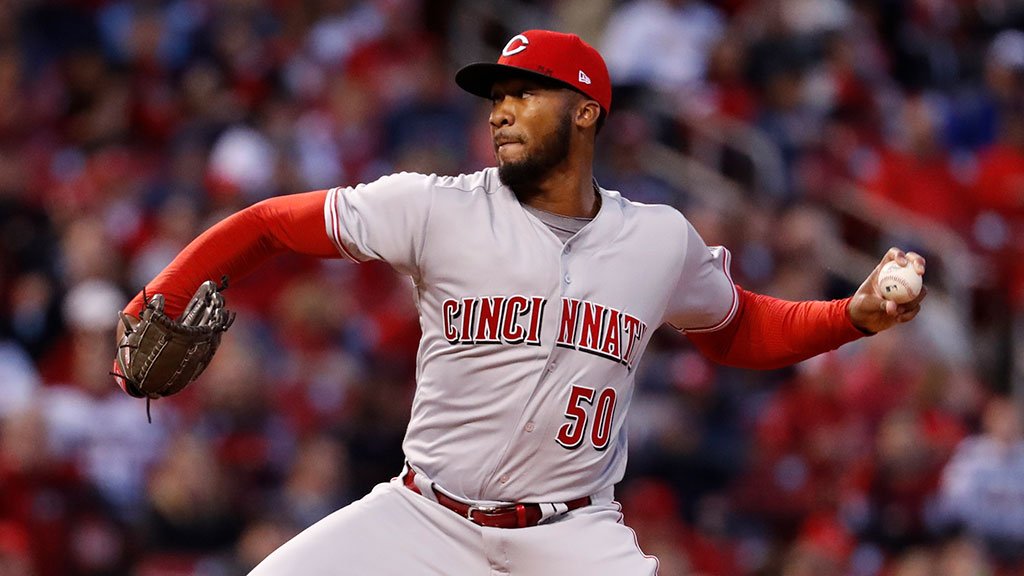 Yesterday’s post introduced xERA, a new stat you can find on the Statcast leaderboard.

xERA falls into a category of metrics referred to as ERA estimators, along with others such as FIP, xFIP and SIERA. Each attempts to improve on ERA as a measure of pitcher performance and are scaled to ERA. But there are major conceptual differences between xERA and the other estimators mentioned.

In brief: xERA starts with measuring the quality of contact the pitcher actually gave up, plus strikeouts and walks. But instead of assigning the pitcher the specific scorebook result of those balls, xERA credits the pitcher with the average scorebook result for similarly-hit balls. That subtle difference factors out defense, scorers, relievers, sequencing, park effects and (to an extent) luck. In other words, variables the pitchers don’t control.

xERA takes out some of the luck factor. Pitchers are lucky or unlucky based on where the bloops, line drives and fly balls happen to land. xERA normalizes those outcomes, so it corrects for that kind of good or bad luck.

But another kind of luck can help or afflict pitchers and that’s their lack of control over quality of contact. Research shows that pitchers have a bit of control over contact quality, largely through velocity and movement. They can somewhat influence whether a ball is hit on the ground or in the air. But the data shows — overall — pitchers have limited control over what happens when the batter puts the ball in play.

This table shows the ERA, xFIP and xERA from 2019 for seven likely members of the Reds 2020 bullpen, along with the 2019 MLB average for relief pitchers. 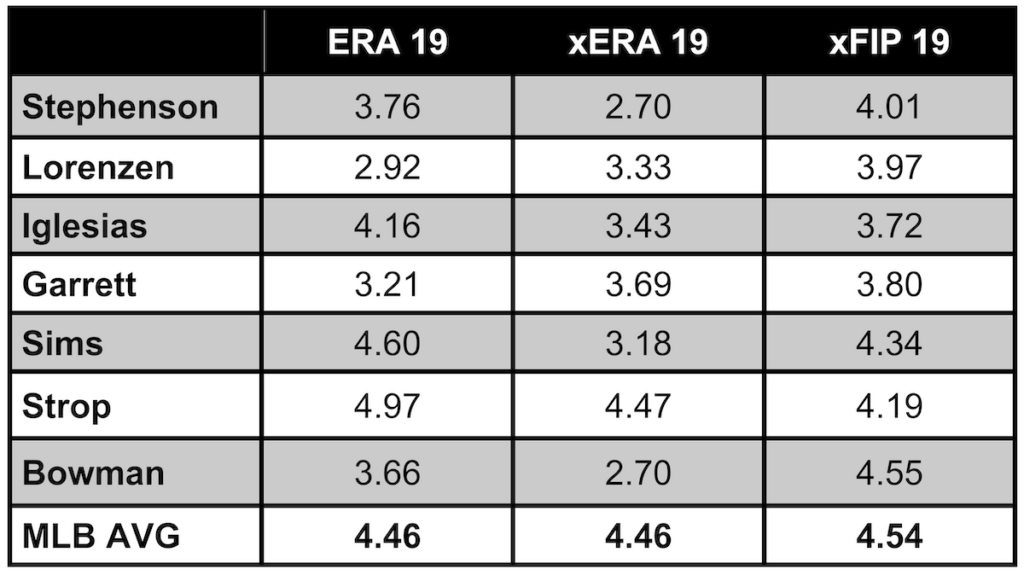 What do these numbers tell us?

Robert Stephenson – Stephenson’s ERA, which was great, didn’t fully reflect how well he pitched. His xERA is a full run lower than his ERA which means he was quite unlucky relative to the quality of contact he surrendered. The reason his xFIP is so high by comparison is that Stephenson is an extreme fly ball pitcher, and xFIP normalizes home run rates across fly balls. It basically indicated he should have given up more homers than he did.

Michael Lorenzen – Lorenzen is the reverse of Stephenson. xERA indicates Lorenzen’s ERA should have been nearly a half-run higher based on the quality of contact, walks and strikeouts he gave up. When you neutralize quality of contact and just look at strikeouts, walks and fly ball rates, Stephenson’s performance was a full run worse than his ERA. Keep in mind that even at these higher numbers, he pitched way better than league average.

Raisel Iglesias – Iglesias didn’t pitch as poorly as his ERA indicated. His xERA is three-quarters of a run lower than his ERA. So Iglesias was unlucky with scorebook outcomes relative to the quality of contact he surrendered. His xFIP is in-between, but still lower than his ERA. Iglesias had career-best numbers for strikeouts and walks. A big problem was home runs, where he was extremely unlucky.

Amir Garrett – Garrett follows the pattern of  Lorenzen, but not to the same degree. His ERA was better than it should have been based on his performance. Garrett’s main problem was walks, which is reflected in the ERA estimators. He was lucky with stranded runners, which is why his ERA was lower. Garrett had terrible luck with home runs as a percentage of fly balls, something pitchers aren’t believed to have much control over. Again, even with his xFIP and xERA at higher levels, Garrett was still better than average.

Lucas Sims – xERA shows the huge breakthrough potential of Lucas Sims. It is nearly 1.5 runs lower than his ERA and toward the top of the Reds bullpen. That means Sims was extremely unlucky with balls in play. The reasons his xFIP is so high are walks and that he’s an absurdly high fly ball pitcher.

Pedro Strop – It’s good news to Reds fans that Strop pitched much better in 2019 than his ERA indicated. His xERA was a full half-run below his ERA and right at league average. His xFIP was even better, reflecting that Strop was a great ground ball pitcher. The number of home runs he gave up was really unlucky given how relatively few fly balls he surrendered.

Matt Bowman – Bowman’s case is similar to Lucas Sims, although Bowman’s ERA was a run lower than Sims’. Given that Bowman’s strikeout rate is really low, his xERA reflects that Bowman was outstanding with quality of contact and ground balls. In that sense, he’s like Wade Miley. But Bowman’s xFIP gives little credit for that soft contact and instead flashes a warning sign about that strikeout rate.

Overall, looking at xERA, the Reds had an excellent bullpen in 2019. As unreliable of a metric as ERA is in general, it is even more so for relief pitchers who have fewer innings. A bad inning or two can throw off a relievers ERA even if that didn’t reflect how they pitched over most of the year.

You can find xFIP at FanGraphs and xERA at Baseball Savant. Both represent massive improvements over ERA in understanding how a pitcher performed.