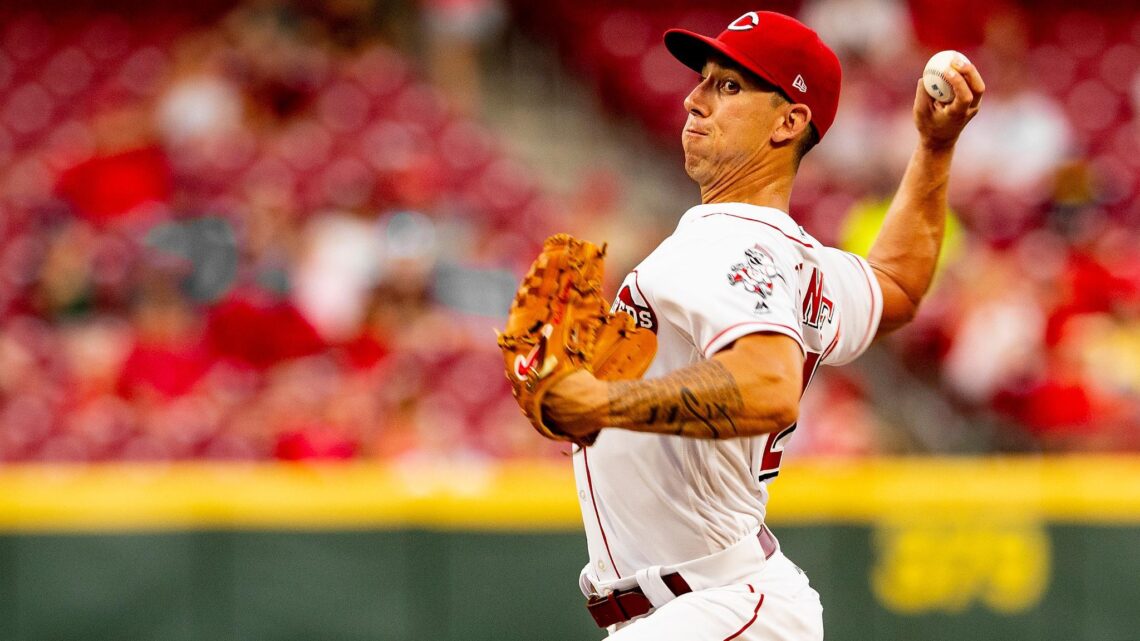 Michael Lorenzen has gone from a fan favorite to a name that Reds fans don’t want to see in high leverage situations in a week. Is that an overreaction?

Yes. Even in a short season, it’s important not to jump to conclusions based on a small sample size. At the same time, it’s hard to ignore three home runs given up in three appearances.

Lorenzen has allowed three barreled hits on three different pitch types. For reference, he only allowed seven throughout all of 2019. The three barrels? You guessed it, the three home runs he’s surrendered. Let’s take a look at the specifics.

The second batter Lorenzen faced this season was Miguel Cabrera. Cabrera capitalized on what might have been an over adjustment by the Reds reliever. It was clear Lorenzen wanted to keep the ball low against the Tigers’ DH. He started the at bat aiming pitches down and away. Cabrera fouled off a cutter, but watched a pair of sliders come nowhere near the zone. In fact, the second slider bounced well in front of the plate. The count was 2-2 after a perfect four seamer on the corner of the plate. The count went full with a changeup that Curt Casali had to scoop out of the dirt.

But then came this pitch:

Miggy’s eyes lit up as the payoff pitch was a changeup drifting up and in. Cabrera drove it down the left field line for 2-run homer. Lorenzen’s mistake was leaving his off speed pitch upstairs. All at bat he had been trying to work the bottom of the zone, but with a full count he either tried to overcompensate for the previous changeup in the dirt or let the changeup slip. Either way Cabrera punished him for it and the homer contributed to the Reds dropping their first game of the season.

Lorenzen’s changeup had elicited his best results in 2019 with a .175 xwOBA and 44.7 Whiff % against. What makes it so effective is Lorenzen’s ability to keep it out of reach from batters on either side of the plate. Here’s a pair of examples of how Lorenzen was able to locate his off speed pitch in 2019.

If Lorenzen can keep his change out of the dirt and out of the top of the zone, we should see more strikeouts than home runs from this elite pitch.

Coming in for his second appearance in as many days, Lorenzen got off to a rough start, walking Cabrera in a 10-pitch at bat. Interestingly, Lorenzen threw his four seam fastball for 9 of those pitches. Cabrera was content to foul off anything near the plate and watch the triple digit pitch soar high to get on base.

Cron faced Lorenzen for a second time in the series after a three pitch strikeout the night prior. Lorenzen opted to serve up his cutter against Cron, the first of which the Tigers first baseman whiffed at. The first cutter was down and in, but Lorenzen’s second offering was right in Cron’s wheelhouse.

By leaving the pitch over the heart of the plate, Lorenzen allowed Cron to barrel up the ball and send it the other way for the go ahead runs.

Last season Lorenzen threw a cutter over a fourth of the time and never had one barreled up. His cutter was the sixth fastest in baseball at 93.8 mph in 2019. Lorenzen has already been throwing it faster in 2020 with the Cron home run clocking in at 95.8 mph. The problem with the added speed is the loss of horizontal movement on the pitch. The sample size is small, but Lorenzen’s cutter has only been breaking 0.2 inches horizontally in 2020 compared to 1.4 inches in 2019 and 2.4 inches in 2018. It might be worth losing some speed to regain that horizontal break like this 2018 pitch.

In his third outing of the season Lorenzen gave up a single to Anthony Rizzo and then a fly out to Victor Caratini before facing the free swinging Javier Baez. Lorenzen used a heavy dose of four seamers and sliders against Baez in hopes to strikeout the shortstop. This isn’t a bad approach as Baez swings and misses at sliders a high 41.6% of the time.

Baez fouled off the first slider and missed the second. It became a full count thanks to a trio of fastballs that ran way above the strike zone, Casali having to jump to catch the last of them. Then Lorenzen offered up a third slider as the payoff pitch.

Lorenzen used his slider sparingly the past three seasons, throwing it a career low 9.8% of the time in 2019. Last year Lorenzen focused on keeping it outside of the zone, which made it into a put away pitch with a 46.4 Whiff %. Lorenzen does best when he makes batters reach for his slider (as shown below) opposed to throwing it into the zone as he did with Javy.

Michael Lorenzen spent the offseason bulking up and fine-tuning his delivery at Driveline in order to add more velocity to his pitches. He’s even stated a desire to throw 103 mph. To his credit, Lorenzen has improved his velocity. Lorenzen’s four seamer (1.5 mph), cutter (0.7 mph), sinker (2.4 mph), changeup (2.7 mph), and curveball (1.8 mph) have all seen increases in 2020, over a small sample size.

While it is too soon for a true diagnosis, it seems like Lorenzen has sacrificed control for speed. Time will tell if Derek Johnson and Co. will be able to rein in Lorenzen’s control with the increased velocity or whether he will have to slow things down in order to locate pitches more effectively.

Really nice analysis. Lorenzen very bluntly said in an interview that right now his pitches are not sharp and he’s of course working on fixing that.
As far as not bringing him into a high leverage situation, any reasonable fan would view that as a temporary measure.