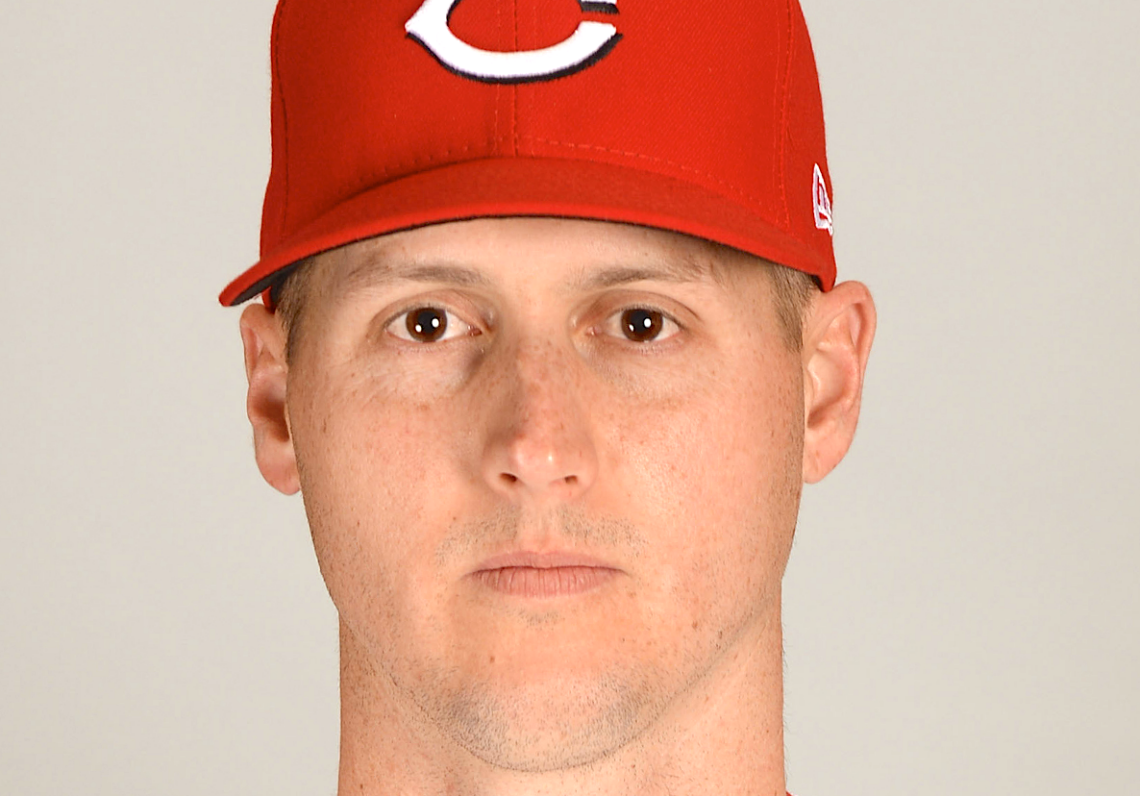 The Reds announced after last night’s game that reliever Nate Jones has made the Opening Day roster. The club had signed the 34-year-old free agent to a minor-league contract in January. Jones pitched for the Chicago White Sox from 2012-2019.

Now that he’s an official member of the Reds, let’s get to know Jones.

The Chicago White Sox selected Jones out of Northern Kentucky University in the fifth round of the 2007 draft. The right-hander made the major league club’s 25-man roster out of spring training in 2012 and pitched in 65 games his rookie season. Jones followed that with another complete season in 2013, appearing in 70 of the White Sox games.

In April 2014, Jones suffered a back injury and didn’t pitch that season. While he was rehabbing from that, Jones tore his UCL and visited Dr. James Andrews who performed Tommy John surgery. Jones returned in August 2015 and finished out the season.

Nate Jones’ best season, by far, was 2016, when he pitched in 71 games. His xFIP (a metric based on strikeouts, walks and ground-ball rates) was a whopping 30 percent better than league average.

[Key: xFIPm is the major league average for xFIP for relievers that season.]

Jones returned in 2017 but made just 11 April starts before heading back to the DL for another elbow injury. This one required season-ending surgery to reposition his ulnar nerve. Jones returned to the White Sox in 2018 and made 27 appearances through mid-June. But he was sidelined with more elbow problems, this time the flexor mass. Jones returned for a handful of appearances the final week of the 2018 season.

Jones pitched in 13 games in 2019, again only in April, before heading to the DL for surgery to repair his flexor mass tear. On July 31, the White Sox traded him to Texas where he rehabbed but didn’t get back on the mound. Texas declined his 2020 contract, paying Jones’ $1.25 million buyout. He became a free agent and signed with his hometown Reds.

In summary, Jones had two tremendous seasons for the White Sox — 2013 and 2016 — and been saddled with various injuries for the rest of his career.

Two pitches comprise 98% of Nate Jones’ portfolio – a hard sinker and a slider. He throws the sinker 60% of the time and the slider 38%. The last two percent are rare changeups.

Through his career, Jones’ sinker has been high velocity, averaging 97-98 mph. It did drop to 95 mph last year, but remember that’s only 10 innings of sample size. It will be interesting to see where Jones’ sinker velocity is now after his most recent surgery.

Jones slider is also a hard pitch at 89 mph. The average velocity for a slider thrown by relievers last year was 84.5 mph. Jones slider velocity also ticked downward a bit last year, to 87 mph. At 2278 rpm, one of the lowest in the league, Jones’ slider has room for spin-rate improvement. Compare that to Sonny Gray at 2868.

Good news: Nate Jones has been an outstanding relief pitcher when he’s been healthy.

Beyond the track record of injury, Jones hasn’t pitched in the majors since his most recent elbow surgery. Homer Bailey, you might remember, experienced the two-punch comb0 of flexor mass and Tommy John surgeries. Bailey was in his late 20s for those procedures. Jones was 33 last year.

Jones’ time on the South Side overlapped with Buddy Bell’s tenure there as a VP and assistant to the general manager. Bell, the father of Reds manager David Bell, now serves as senior advisor to Dick Williams. Maybe that gives the Reds extra insight into Jones. Then again, Walt Jocketty knew all those old Cardinals well, too.

One thing to watch next week is Jones’ pitch velocity. That will be an early indication of his arm health and how far back he is to past form. Though it’s normal for pitchers to lose velocity as they age and Jones is 34.

My bias leans toward skepticism when it comes to veteran relievers. Even when healthy, all but the best ping-pong from effective to ineffective in the blink of an eye. Duke, Quackenbush, Badenhop, Delebar, Ohlendorf, Storen, Duke and Gregg have marched in the recent parade of Reds bullpen horribles. But we’ve also seen good stretches from Hughes, Hernandez, Gausman and others.

The upside with Nate Jones is high, even if improbable. Given that, he’s a low-risk play for the Reds in terms of money and injury. They’ll have capable arms in waiting in Mason if Jones has more elbow problems or his velocity doesn’t return.