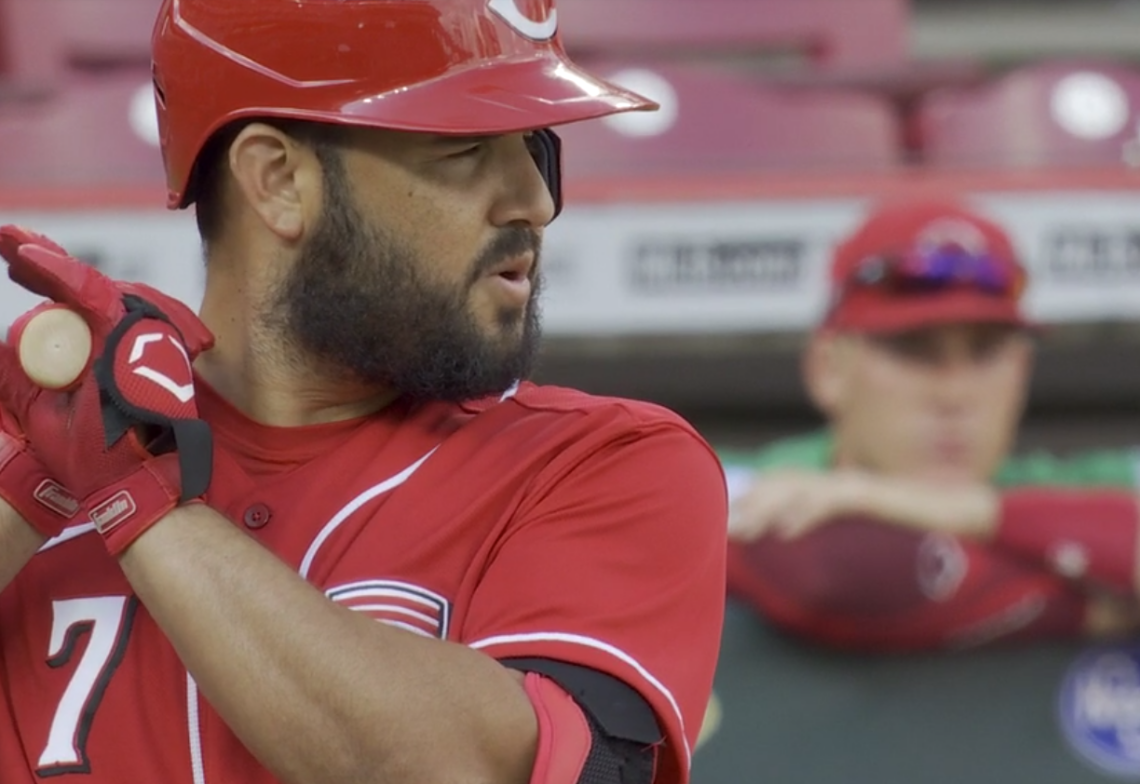 As we draw closer to the beginning of the 2020 MLB season, Reds fans are eagerly awaiting the unveiling of David Bell’s first lineup card.

After splashing out $149 million in free agency on position players, whatever lineup Bell turns in has the potential to be potent. Analytic-driven decision making is key for Bell and his staff and it will surely influence the Reds lineups against left-handed or right-handed pitchers.

The Tigers have announced Matthew Boyd will start against the Reds on Opening Day. The 29-year-old left-hander is coming off a 2019 season where he gave up an MLB-high 39 home runs over 185.1 innings. Despite his 4.56 ERA, the underlying numbers for Boyd were impressive. He finished the year with 238 strikeouts and a 4.32 FIP, while relying heavily on his four seam fastball (49.9% usage) and slider (36.1%). His Statcast profile for 2019 was most similar to Patrick Corbin, as he finished in the 86th percentile for K%, 84th for Whiff %, and 72nd for xwOBA.

Bell may have revealed his current thinking about his lineup card in the two exhibition games this week. On Tuesday night, he chose this batting order: 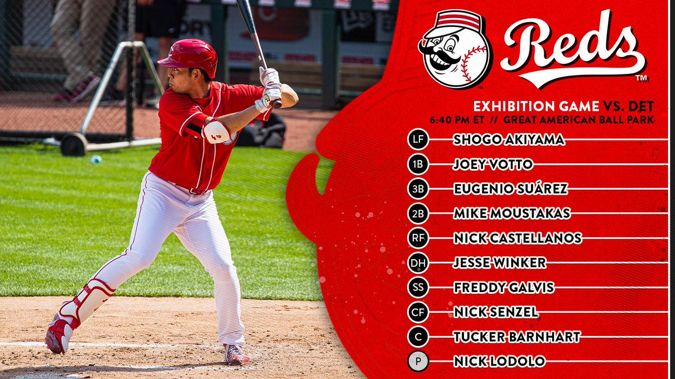 In the follow up on Wednesday, this was Bell’s lineup against a LHP, although Joey Votto was replaced at the last minute by Josh VanMeter. 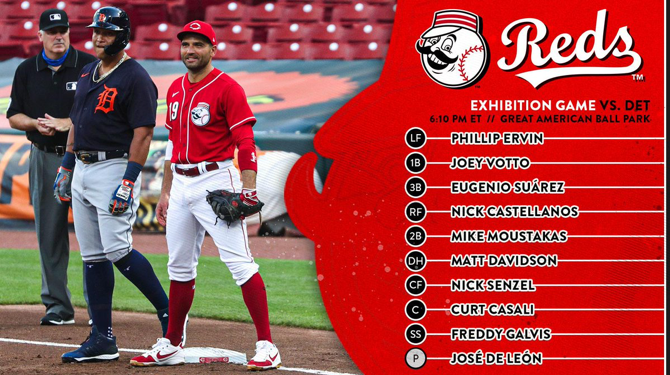 As we prepare to predict the lineup that will face Boyd, it’s fair to consider these lineups, as well as history.

Dating back to 2011, the Reds have been below average offensively against LHP in every season, per WRC+. Over the last three years, they have remained fairly steady in their production, with 2018 seeing a slight increase.

In that same time, a handful of players on the roster had notable success against LHP. While Nick Castellanos and Eugenio Suarez are expected in the lineup regardless, players such as Phillip Ervin and Curt Casali will have the numbers advantage over their platoon teammates.

If Matt Davidson makes the roster, it’ll be on the strength of his batting against left-handed pitchers. As Steve detailed last week, Davidson hit about 20 percent above average in run creation against LHP in his two seasons with the White Sox. He stated his case for the lineup as well, slugging a solo home run off Tigers LHP Tyler Alexander on Wednesday.

Davidson has showcased his power throughout Summer Camp. His career .804 OPS against LHP makes him a candidate to start on Opening Day. Davidson also mentioned to the media his career success against Boyd, which may not mean much, but is fun to consider.

Before finalizing my lineup, it was important to set a few things in stone. Joey Votto, Eugenio Suarez, Nick Castellanos, Mike Moustakas and Freddy Galvis are going to start on Opening Day, barring unforeseen injury or illness. The first four are close to indispensable and Galvis isn’t far off due to his position and fielding ability. The spots open for discussion are catcher, left field, center field, and DH.

My final lineup is as follows:

While I kept the same lineup that David Bell started on Wednesday, I moved some players around in the order to best accommodate their skill-sets.

The most notable change was moving Nick Senzel to the leadoff spot, while dropping Phillip Ervin to seventh. While Ervin had the edge last year in wOBA vs LHP (.428 to .374), he was aided by a .413 BABIP against LHP, which will likely regress in 2020. Ervin’s wOBA also dropped to .239 when shifted, which happens 8.1% of the time. The two profile similarly vs LHP, but my decision to move Senzel to the leadoff spot was driven by his 96th percentile sprint speed and 14 steals last year, both tops on the Reds.

After surging through Summer Camp and the exhibition games, Matt Davidson earned himself an Opening Day start. It wouldn’t be a surprise to see Jesse Winker pinch hit for him later in the game against RHP. The same goes for Ervin, as Shogo Akiyama could emerge to face RHP, and as a defensive replacement.

Lastly, Curt Casali will likely start behind the plate. I wrote earlier this year about the possibility of a straight platoon between him and Tucker Barnhart, and I believe it starts on Opening Day. Another advantage for Casali is his rapport with Sonny Gray, as the two Vanderbilt alums were preparing together during quarantine.

The new free agent signings give manager David Bell more decisions in 2020 – and that’s a good thing. With the amount of talent at his disposal, Bell should feel comfortable with whoever is starting, while the bench will also have an impact every night. 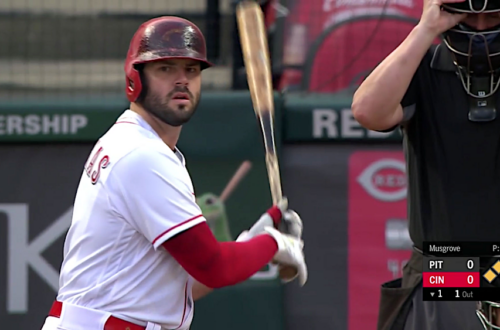 Which Reds have postseason experience? 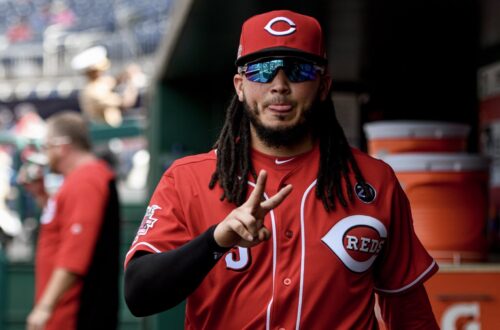 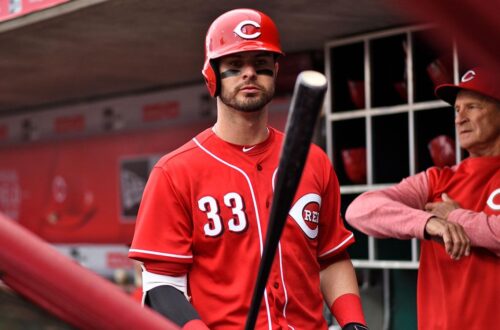 There’s no way Shogo is a no-go.
He will most likely lead off with Senzel and Castellanos joining him in the outfield.