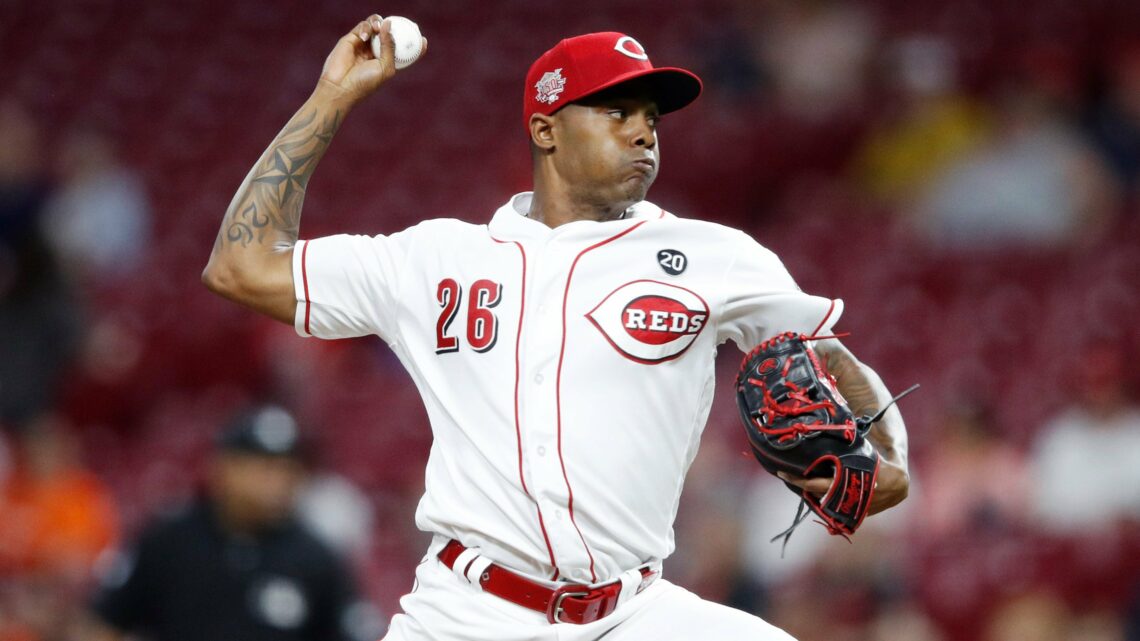 Call it a blown save. Call it the Cardinals devil magic. Whatever it is, the Reds seemingly can’t get out of their own way. Yet another lead slipped away from the Reds late on Thursday night, with Raisel Iglesias allowing three runs in the ninth inning in a 5-4 walk-off loss.

Pitching for the first time in nine days, Iglesias couldn’t command his pitches from the get-go. He hit a batter on his first pitch of the night, an unfortunate sign of what was to come. He issued a walk and a single to load the bases, then had a ground ball from Yadier Molina deflect off his glove to make it a 4-3 game. Iglesias then balked in the tying run.

After striking out the next batter, Iglesias was lifted for Nate Jones. The Reds opted to go with a five-man infield to cut down the winning run at the plate or hold him at third, but they were never given the chance. Kolten Wong blasted a single to deep center field to hand the Reds a crushing loss.

Many probably wonder why the Reds didn’t walk Wong to load the bases and set up a potential double play or get the force out at the plate. There is certainly a risk and reward to that option, as well as the five-man infield the coaching staff decided upon. Jones does have a 52.9% ground ball rate this year and sits at 46.8% for his career, both above average.

However, loading the bases also sets up the potential for Jones to walk (or balk) in the winning run. Jones has a high 9.7% walk rate this year and sits at 9.2% for his career. He also likes to throw his slider in the dirt, and it’s already resulted in two wild pitches this year — which may have been why he tried to establish the high fastball early in the at-bat to Wong. And finally, Tommy Edman — who would’ve been the next batter — is not easy to double up; he has 98th percentile sprint speed.

The bottom line: While the five-man infield didn’t work out, there’s no guarantee that walking the bases loaded would’ve, either. Iglesias put the coaching staff in a tough spot.

Prior to the meltdown in the bottom of the ninth, the Reds cost themselves potential insurance runs. Freddy Galvis walked to lead off the inning (giving him a 9.6% walk rate for the season, by the way) but was caught stealing on a botched hit-and-run attempt. With two outs, Votto doubled down the right-field line before back-to-back walks to Nick Castellanos and Jesse Winker. But Eugenio Suarez couldn’t deal the final blow to the Cardinals, watching two balls down the middle to get behind 0-2 and eventually striking out.

For the most part, it was a well-played game for Cincinnati before the ninth.

The Reds benefited from atrocious St. Louis defense in the first inning, scoring two runs on only one hit against Adam Wainwright. Votto reached on a Paul Goldschmidt throwing error to begin the game, moved to second on a single by Winker, and scored when third baseman Brad Miller booted a double play ball and then threw it away. Winker moved to third on Miller’s error and scored on a sacrifice fly by Mike Moustakas.

The beat kept going in the second inning when Galvis hit a solo home run (103.3 mph, 400 feet) to right field. Galvis has basically been the opposite of what we expected so far this season: poor defense and sneaky good offense (124 wRC+).

Moustakas came through again in the third, driving home Eugenio Suarez from first on a double roped into right-center field.

After that, however, the Reds had no answers for Wainwright. Not a single batter reached base after the Moustakas double, as Wainwright retired 15 hitters in a row.

Sonny Gray wasn’t quite his best self on the mound Thursday night, but he gritted his way through six innings. The right-hander allowed two runs on four hits and four walks while striking out six. Gray oscillated between bouts of pinpoint command…

…and uncharacteristic wildness at times. The walks got him into trouble in the second inning, when he allowed his only two runs of the game. Gray sandwiched two free passes around a single to load the bases. In his first at-bat back from the COVID injured list, Molina — as he typically does against the Reds — came through with a two-run single.

Despite periodic struggles with control, Gray largely prevented the Cardinals from making hard contact. He allowed five hard-hit balls (95+ mph exit velocity) in total, but only two after the second inning. Tonight was the 39th straight start that Gray allowed fewer than six hits.

Lucas Sims was as filthy as ever, striking out the side in the seventh inning on only 12 pitches. Cardinals hitters took six swings against Sims and missed on five.

Sims returned for the eighth to face the heart of the Cardinals lineup and got Edman and Goldschmidt to ground out. Amir Garrett struck out the left-handed Matt Carpenter to end the inning.

The Reds and Cardinals will meet in Busch Stadium at the same time tomorrow (8:15 p.m. EST). Anthony DeSclafani will look to bounce back from the worst start of his career as he takes on Dakota Hudson.

Bell is too in love with the hit and run with a slow (not fast anyway) runner on first, it’s so high risk.

So many what-ifs. When I saw a bouncing ball come off of slow-footed Molina’s bat in the 9th, for an instant I thought the Reds were going to get out of it.

Iglesias was predictably wild after 9 days off, but I don’t know what you can do about that. There were the days off due to the positive test, and then you don’t necessarily want to use him in a blow-out the day before a 4 game series with the Cardinals.

In the end, just another one of those nights in St. Louis.

I didn’t love the hit-and-run call either. But (1) dang, it was there, the Cardinals were in a shift and the only IF on the left side covered the bag, (2) you’re trying to stay out of the DP by starting the runner.

Again, I don’t know if I’d actually have done it, but it crossed my mind the night before, when Antone came in to finish Castillo’s game, to use Iglesias for the last inning just to get him work. Have heard Brantley talk soooo many times about the importance of getting relievers steady work. He says that even about 4-5 days off, let alone 9. I didn’t have the radio broadcast on last night, so I don’t know what he wa saying. Iglesias is at fault for the HBP, BB and balk. But otherwise he had a K and two ground balls that added up to 40 feet.

When he walked the second batter I turned it off. I knew what was going to happen.

If Iggy pitches that same way nine more times, he probably gets 9 saves. If either of the slowly hit ground balls finds a glove for a double play – which was probable – the Reds win that game, despite Raisel’s lack of sharpness. One of the stat guys on here can probably give an exact number, but the likelihood of both of those balls being ‘hits’ has to be in the single digits.
For me the most concerning error was the balk. A veteran closer should not be so off his game that he balks in a key situation, and no amount of rustiness explains it.