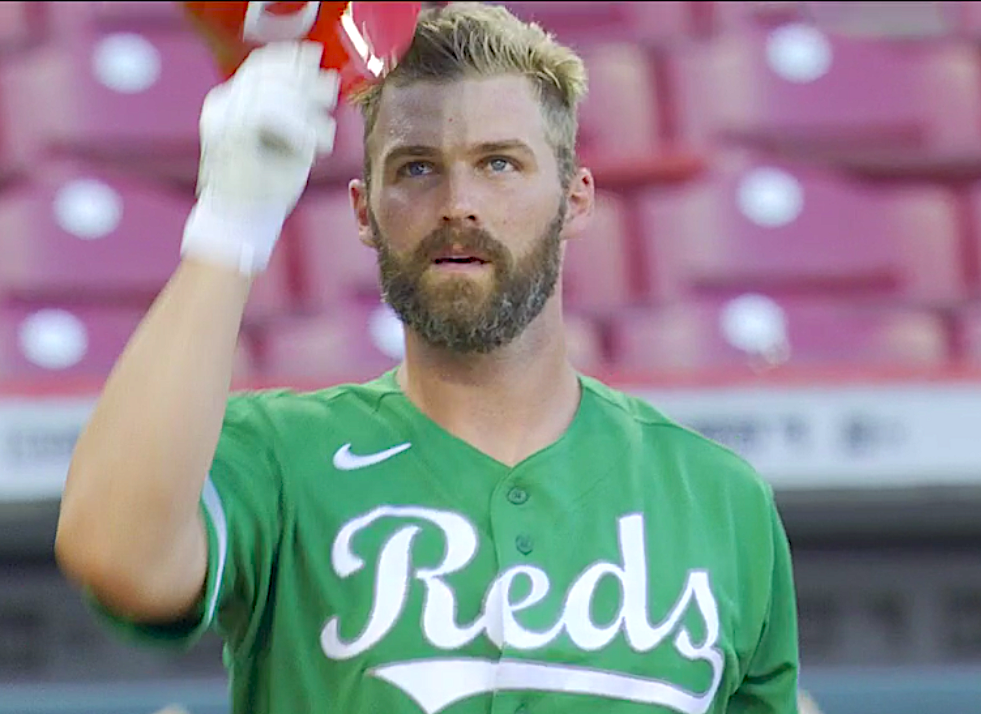 Given pre-season expectations, the first few weeks of the bizarre 2o20 season have been disappointing for the Cincinnati Reds. This month of baseball unlike anything the sport has ever seen, has been pockmarked for the Reds, with crushing defeats, offensive slumps and brushes with the COVID virus.

But as things stand tonight, the Reds are a hair’s breadth out of qualifying for the postseason. Tonight’s 4-2 win earned the Reds a split in the first two of four games this weekend with the Cardinals. It pulls the Reds into a tie for third place with Milwaukee at 11-13. The Cardinals dropped to a game below .500. The final two games in St. Louis are super important.

Anthony DeSclafani started for the Reds. In his first two games, DeSclafani pitched 11 shutout innings. In his third, the Pirates took batting practice for two innings with the strong suspicion the Reds starter was tipping pitches. Tonight, in his fourth start, DeSclafani gave up two earned runs, mainly due to walks. In the third inning, DeSclafani walked Harrison Bader, the Cardinals #9 hitter. Bader scored after a bunt and HBP/BB loaded the bases and Matt Carpenter drew a two-out, full-count walk. In the fifth, DeSclafani gave up two walks before being lifted. The first walk came around to score on a chopped ground ball where there was no play at the plate.

The Reds offense was dormant most of the game, with only two hits. In particular, they were shut down by Cardinals starter Dakota Hudson. Hudson was able to control the Reds left-handed lineup by pitching those batters tough on the inside. Thankfully, Hudson was pulled at 4.2 innings at 74 pitches because of a pitch count.

But they took advantage of David Bell’s platoon system in the 6th inning to score all four of their runs at once. Eugenio Suarez started the two-out rally with hit a ball to deep CF that the St. Louis outfielder misplayed into a triple. After a semi-intentional walk to Mike Moustakas, David Bell brought Philip Ervin off the bench to face a LHP. Ervin was hit by a pitch to load the bases.

St. Louis went to its bullpen again, but brought in another lefty, allowing Bell to use lefty-killer Matt Davidson. Davidson, in his first at bat in ten days, blasted a 2-0 pitch for a pinch hit home run to deeeeeeep left field. 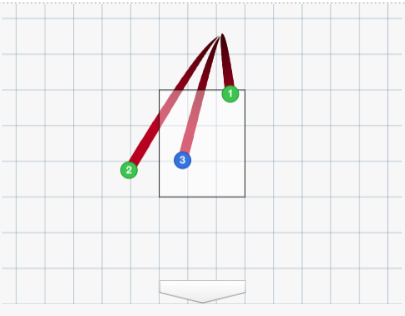 At 113 mph it was the hardest hit ball of the year for the Reds and traveled 449 feet. As Chris Welsh said, the only question was on which concourse the ball would land. We’ll let you know when it does. Here was Davidson’s third homer of the season.

Michael Lorenzen pitched a dominant 6th, featuring a 98 mph fastball. Lorenzen’s performance was his second excellent one in a row. He pitched 3.1 innings against Pittsburgh in his last appearance, giving up no runs or walks. Tyler Thornberg covered the 7th with a 1-2-3 inning, showing off a curveball that drew oohs and aahs from the TV broadcast booth.

Amir Garrett pitched the 8th. Garrett pitched in last night’s game, striking out the one batter he faced. Tonight, he struck out the two lefties he faced and got the third out on a soft grounder to first. In Garrett’s 15 pitches he had 8 called strikes or whiffs (53%).

Raisel Iglesias, at the center of a spectacular 9th-inning collapse yesterday, was summoned again to close out the game. He struck out the first batter, induced a fly ball for the second out and a ground ball for the final out.

Worth note: The Reds flashed good infield defense in the first two innings, an area of weakness for much of the short season. Freddy Galvis, playing a deep 2B, caught a line drive by Matt Carpenter and ranged to field a ground ball in right field with DeSclafani fielded first base. Joey Votto and DeSclafani teamed up for another nice place on a grounder.

The Reds and Cardinals play tomorrow night at 8:15 p.m. It’s the battle of two thirtysomething lefty starting pitchers who have combined for 8 innings pitched in 2020. With a LHP on the mound, we should see David Bell’s platoon lineup, with Matt Davidson at DH or 1B, Curt Casali behind the plate and Phillip Ervin in the OF.

Amazing that the Reds are a hair outside of the playoff slots. In this Covid-dominated year of challenges, I’ll take it!

Also fun to watch the bullpen hold the line as Lorenzen works to regain his footing, a comeback player excels and Raisel rebounds after last night’s loss.

Kudos to management for Davidson, Sims, Thornburg, and Jones. Not big names like Moustakas or Castellanos but nice additions to the roster.