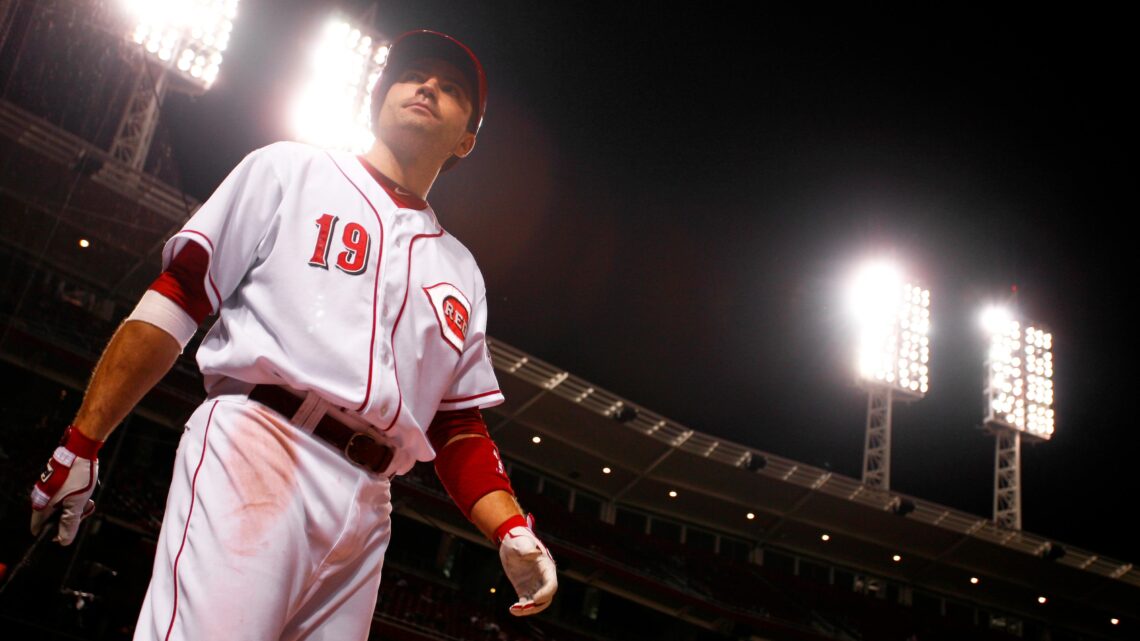 Has Joey Votto’s new stated approach to avoid striking out come at a cost?

Despite his four strikeouts vs. Brandon Woodruff and the Brewers last night, Votto is not whiffing with the best of them. As with most things the Reds first baseman has put his mind to over his long career, he’s succeeding, ranking in the 98th percentile in strikeout rate this year.

Votto has always had a Hall of Fame eye at the plate. His .420 mark is highest among active players and places him 18th all-time .004 points behind Mickey Mantle.

In a recent post, Steve Mancuso showed how defensive shifting versus left-handers this season is not only affecting the Reds, but also the entire league. That is the case for Joey Votto. Votto was shifted against 32% of the time last year and this year is up to an eye popping 81%.

Votto has done himself no favors combatting shifts with a pull rate of 46.7% which. That’s far up from his career and 2019 marks of 34.7% and 35.3% respectively. This may also be a result of his new approach, swinging earlier to avoid striking out could produce a pull.

Votto is having issues against off-speed and breaking pitches. While his wOBA of .353 on fastballs is low for Joey, his .195 wOBA on breaking balls and .079 on off-speed pitches are pitifully low. Votto’s xwOBAs of .236 and .189 point to the shift as not being the only issue, since that stat takes into account quality of contact, not the outcome of the hit.

“Votto doesn’t swing the bat enough” is a tired narrative and hasn’t been on target through the slugger’s career. But in 2020, Joey Votto’s new approach is certainly worth questioning.

I’ve had the same thought. I do wonder why he ditched the approach he started toward the end of last year when he was standing more upright and gripping the bat at the end of the handle. It seemed to me he found some of the old Joey doing that, but I understand why he wants to strike out less. And if he’s hitting at the top of the order, it’s his job to get on base.

That said, he was hitting the ball with authority in the first week or two of the season. It’s bizarre that the bottom has fallen out like it has, but he’s hardly alone right now. Hoping something clicks soon.