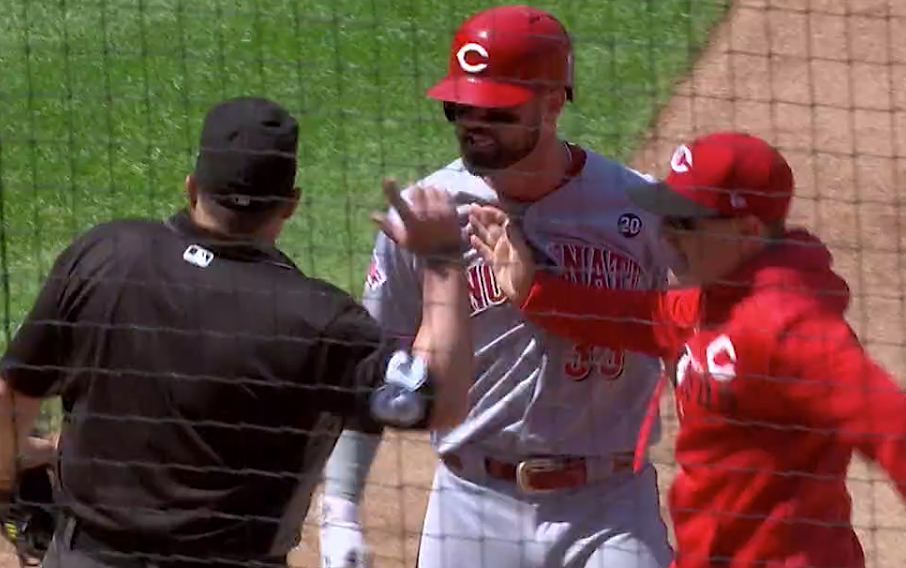 Once again, the Reds offense did absolutely nothing at the plate, managing only three hits as they dropped their third straight game to the Indians in blowout fashion, 13-0.

In at least one encouraging sign, Jesse Winker had two hits, legging out a double to lead off the second inning and singling in the ninth inning. Shogo Akiyama singled in the eighth inning, which had to be relieving for him after he was previously 0-for-3 with three strikeouts. Joey Votto walked twice and made a tough out on a 105.1 mph line drive, his hardest-hit ball of the year.

Aside from that, it was another weak showing for the Reds, who have now gone 23 straight innings without scoring a run.

To be fair, the Reds had another tough starting pitcher to face in Carlos Carrasco, who was on top of his game. The right-hander got 16 whiffs on 42 swings, good for a rate of 38%. His slider was particularly lethal, generating eight whiffs and going for strike three on five of his eight strikeouts.

But make no bones about it: the Reds offense was again abysmal, with only six hard-hit balls (95+ mph exit velocity) and none after the fifth inning. Cincinnati has had some degree of bad luck this season (.228 BABIP coming into tonight), but it’s going to be hard to win if Akiyama, Eugenio Suarez, and Co. continue to struggle and Mike Moustakas remains out of the lineup.

Frustration boiled over in the sixth inning before the game got out of hand. Votto and Suarez walked with two outs, bringing the tying run in Winker to the plate. Home plate umpire Jerry Meals called two strikes that were well below the zone. Strike three was particularly egregious:

Manager David Bell was ejected for arguing the call. Of note, Meals was among the 20 worst umpires at calling balls and strikes in 2019.

On the mound, Luis Castillo showed flashes of brilliance (9 strikeouts, 16 whiffs in 5 innings) but again ran out of gas the third time through the opposing lineup. He allowed three runs on four hits and four walks.

Following a solo home run to the second batter of the game, Jose Ramirez, Castillo settled down and allowed only two walks and a weak single through the fourth inning. He retired the first two batters of the fifth and looked poised to make it to the sixth when he got ahead of leadoff hitter Cesar Hernandez 0-2. Instead, Castillo walked Hernandez and followed that up by allowing a triple to Ramirez and an RBI single to Francisco Lindor.

Jose De Leon, who was called up earlier in the day, made his Reds debut in the sixth inning. His first frame went well, as he retired the side in order, including two strikeouts. The wheels fell off and exploded in his second inning of work as he lost all command of his fastball. De Leon gave up four hits and four walks, allowing eight runs to score in the inning. Cody Reed came on in relief but provided none, giving up a bases-clearing triple and a two-run homer to Ramirez.

With the game out of hand, infielder Matt Davidson — who at one point in his career tried to become a two-way player — pitched the eighth inning. Mercifully, he threw a clean inning, allowing only a single. He also dropped in a nice curveball to strike out Mike Freeman.

Sadly, that was the highlight of the game.

The road trip continues as the Reds lick their wounds and head north to Milwaukee for a three-game weekend series. First pitch of Friday’s game is set for 8:10 p.m. EST. Here’s the pitching matchup:

Trevor Bauer is coming off his best start as a Red, throwing a complete game (seven inning) shutout in a 4-0 win over the Tigers on Sunday. Lauer, an offseason trade acquisition for the Brewers, will make his first start of the year. The southpaw was supposed to start the season in the rotation but ended up on the injured list with a left shoulder impingement. He returned on July 26 and threw 2.2 shutout innings in relief, striking out six. 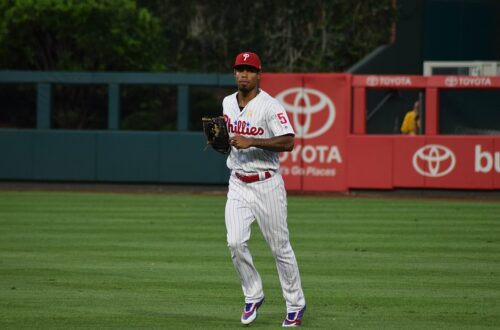 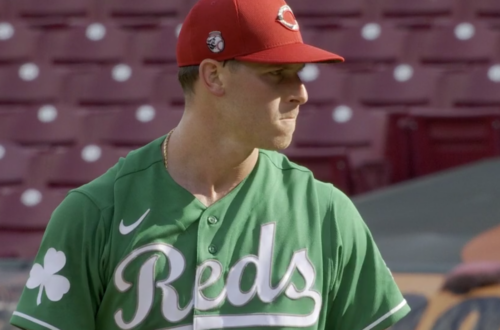 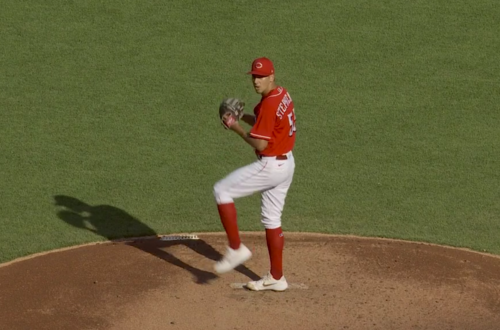 Thank you for writing this Matt. I am sure it was not fun. Rest assured that there are readers of RC+ that appreciate the efforts of the writers and enjoy the post game summaries even for a loss. Opening day was so great, my how things have spiraled out of control.

Am I off in thinking that this team needs a jolt. Firing Bell would be a move but not the move I think is needed. I would bring Jose Garcia up to play now. He can play 2b until Moose is healthy and move to SS then. I’d bench Galvis or try to move him for any return. I’d use Stevenson as DH and let Wink play LF I think not playing in the field is affecting his offense despite 2 hits tonight. I think Tyler could do well in DH role while getting to watch Tucker call games preparing for a role next year. Aki could be used in various roles. Spot starts Occasional DH late inning defense replacement for Wink etc. I’d put. Vitro in the 1 hole with Wink 2 then NC and Moose. Geno 5 Tyler 6 Nick 7 Garcia 8 Tucker 9. I’m not worried about speed. I want runners on base for the big bats. Votto is still getting on base and I think Wink would benefit batting between Joey and NC. Just my 2 cents

Firing Bell would be the worst possible move. I can’t imagine they’d even consider it. Three days ago they were 5-5 and had won 3 in a row. They ran into 3 tough starting pitchers and didn’t break through. I think many of your suggestions sound like the right kind of jolt. Galvis has been disappointing. The problem with getting creative by moving people off the 40MR and 60MR is the rosters are tight. They are about to face Miley and R. Stephenson’s return. They’ll want to get Antone back ASAP. That’s three spots out of 28. A bunch of candidates for moving down don’t have options left, so the Reds would risk losing them. Moving things around with the current roster sounds like the right level of response right now. If Suarez starts hitting and Moustakas gets back, that fixes many of the issues.