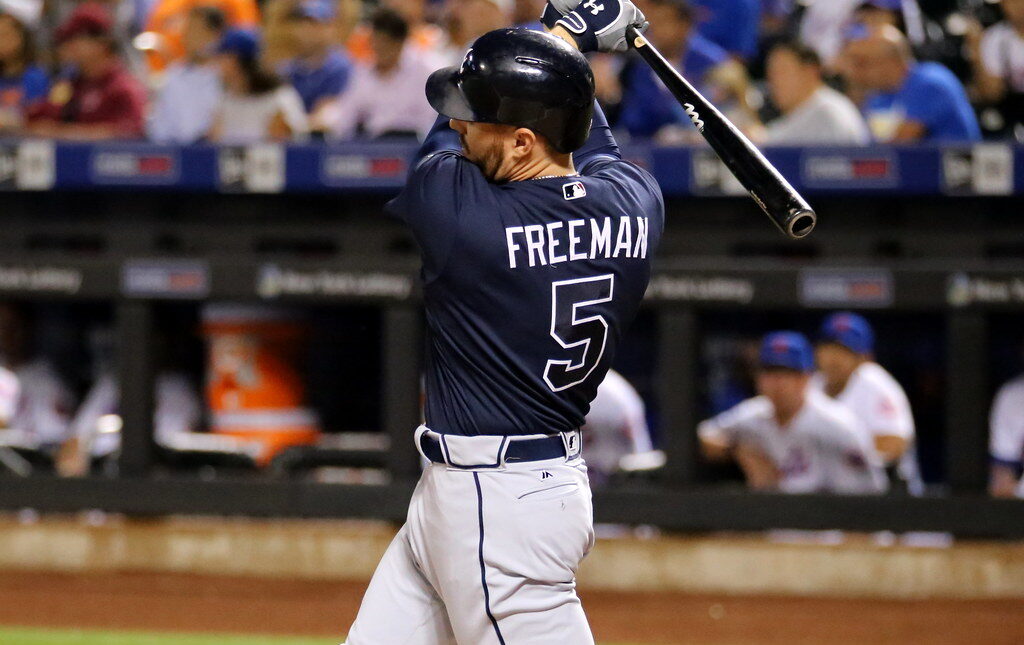 As hoped, the Reds rode to the postseason on the backs of their pitching staff — and they’ll need their studs to be in top form in the Wild Card round.

Long story short: the Reds will have their hands full. Let’s take a closer look at the dangerous Braves offense.

Acuna isn’t exactly the batter a starting pitcher wants to face to start a game. The former top prospect in baseball has lived up to his lofty expectations thus far, carrying a 137 wRC+ through his first three seasons. He won the NL Rookie of the Year award in 2018 and finished fifth in MVP voting in 2019. Acuna has immense power, falling in the 99th percentile in hard-hit rate, 95th in barrel percentage, and 91st in average exit velocity. He hit 41 home runs in 2019 and 14 in only 46 games in 2020. Acuna’s talent doesn’t stop there, as he ranks in the 96th percentile in sprint speed and 81st in Outs Above Average. If that isn’t enough, he’s also patient at the plate. He boasted a career-best 18.8% walk rate in 2020. At 22 years old, he’s already a bona fide superstar. Strikeouts are the biggest flaw in his game (25.0% career strikeout rate, 29.7% in 2020). Notably, Acuna has dealt with a wrist injury this season and was scratched from the Braves’ last regular season game with soreness. Atlanta manager Brian Snitker has already stated that Acuna is ready to go for the postseason, however.

For years, there was a ferocious debate between Braves and Reds fans over whether Freeman or Joey Votto was the best first baseman in the NL. Now that Votto has started to decline at age 37, the current answer is unquestionably Freeman. After dealing with COVID-19 prior to the season, Freeman bounced back to hit an absurd .342/.462/.640 with 37 extra-base hits (23 doubles, 1 triple, 13 home runs) while playing in all 60 games. He leads the league in fWAR and trails only Juan Soto in OBP, SLG, wRC+, xBA, xSLG, and xwOBA. Although he’s always displayed exceptional plate discipline, Freeman has taken it to another level in 2020 with personal bests in walk rate, strikeout rate, chase rate, and whiff rate. Freeman will have some stiff competition from Mookie Betts and Fernando Tatis Jr. in NL MVP voting, but he seems to be the odds-on favorite for the award.

Capping off the best top of the order in baseball is Ozuna, a player the Reds were reportedly interested in signing in the offseason. Ozuna, unsatisfied with the offers he received in free agency, bet on himself and took a one-year deal from the Braves. Turns out it was a smart bet. He nearly won the first Triple Crown since Miguel Cabrera in 2012 and the first in the NL since Joe Medwick in 1937, leading the league in home runs and RBI but finishing third in batting average. But the impressive season didn’t start and end with the traditional stats. Only Soto and Freeman beat him out in wRC+, and Ozuna is similarly impressive in quality of contact metrics. He ranks in the 99th percentile in xwOBA, 98th in xSLG, 97th in xBA and hard-hit rate, 96th in exit velocity, and 94th in barrel percentage. The free agent market is a gigantic question mark, but Ozuna seemingly stands to cash in after a monster season.

Formerly one of the top catching prospects in the game, d’Arnaud has become a late-bloomer. After seven seasons filled with injuries and underperformance, the Mets traded him in 2019 to the Rays, where he revitalized his career by posting a 107 wRC+ and 1.8 fWAR in 92 games. That earned him a two-year, $16 million deal with the Braves, where he’s been the leading man in a formidable catching duo with Tyler Flowers. Although he was boosted by a .411 BABIP, d’Arnaud hit .321/.386/.533 with a career-best 145 wRC+. Like his teammates above him in the lineup, he’s among the best of the best in quality of contact metrics, ranking in the 90th percentile or better in hard-hit rate, average exit velocity, xBA, xSLG, and xwOBA.

Like Acuna, Albies burst onto the scene at a young age, debuting with the Braves at age 20. He was an All-Star in his second season and won a Silver Slugger award in 2019 after posting a 117 wRC+. A right wrist contusion has limited Albies to just 29 games in 2020. But even though wrist injuries can be tough for hitters to bounce back from quickly, he finished the season white hot at the plate (153 wRC+ since returning Sept. 9). Albies is a bit of a free-swinger, which the Reds could take advantage of. He has a career 32.6% chase rate and has struggled mightily against breaking pitches this season, leaving him susceptible to the nasty sliders and curveballs from the likes of Trevor Bauer, Sonny Gray, Raisel Iglesias, Lucas Sims, and company.

Old friend alert. After back-to-back 30-home run campaigns with the Reds, the slumping Duvall was traded to the Braves in the middle of 2018 in exchange for Sims, Matt Wisler, and Preston Tucker. Duvall bounced back to provide a 121 wRC+ in 2019, though he played in only 41 games with the Braves and was optioned to Triple-A multiple times during the year. Out of options, Duvall had to stay on the roster for all of 2020 — and he made it an easy decision for the Braves. He’s slugged 16 homers — his most since hitting 31 home runs as a member of the Reds in 2017 — and had multiple three-homer games. Duvall still doesn’t hit for average or walk much, and he’s still prone to chase a slider low and away.

Markakis originally opted out of the season before rejoining the Braves on August 5. The 36-year-old started out hot but had a miserable September (20 wRC+), which resulted in one of his worst seasons as a major-leaguer (-0.4 fWAR) — albeit in only 37 games. Markakis slashed .254/.312/.392 in 141 plate appearances, hitting only one home run and posting the worst walk rate (7.1%) and xwOBA (.301) of his career. Despite the lack of home runs, he did swat 15 doubles in limited playing time.

The former No. 1 overall pick hasn’t lived up to lofty expectations yet, but he’s steadily improved his offense every year as a major-leaguer. In 2020, that has culminated into his best offensive season (.274/.345/.464) and matched his career high in fWAR (1.9) in only 60 games. Behind 10 home runs, his isolated power (.190) was also a personal best. The power surge did come with more swings and misses. His strikeout rate rose to a career worst 26.9%, as did his whiff rate (31.6%).

Another product of a deep, talented farm system, Riley hasn’t quite lived up to the prospect hype yet. Riley has 70-grade raw power and can crush the ball when he makes contact; he ranks in the 82nd percentile in average exit velocity. His 30.4% whiff rate ranks in the 27th percentile in baseball, and he tends to chase a lot of pitches (32.4%). That said, he has made improvements in his second season in the majors. In addition to dropping his whiff and chase rates, he also decreased his strikeout rate from an ugly 36.4% to a manageable 23.5%. Of note, Riley missed some time toward the end of the season with a quad issue.

Because they’re only carrying 13 pitchers, the Braves have loaded up their bench with seven position players. None are particularly intimidating. Flowers is the other half of the catching platoon and brings a solid — if unspectacular — bat. Hechavarria is a defense-first backup. Sandoval was designated for assignment by the Giants just a couple of weeks ago. Culberson was DFA’d by the Braves earlier in the year. Camargo has a 59 wRC+ in 127 plate appearances this season. Contreras and Pache are top prospects in the Braves organization, but they’ve played a combined six major-league games. Sandoval and Camargo are the lone bench bats who can hit from the left side of the plate. Interestingly, center fielder Ender Inciarte was left off the postseason roster. 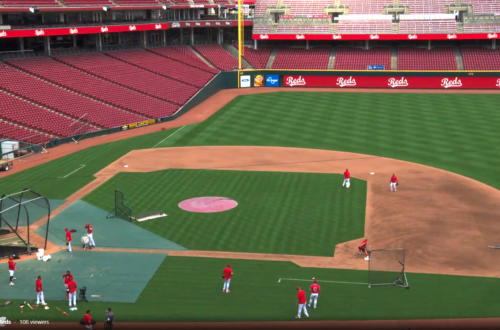