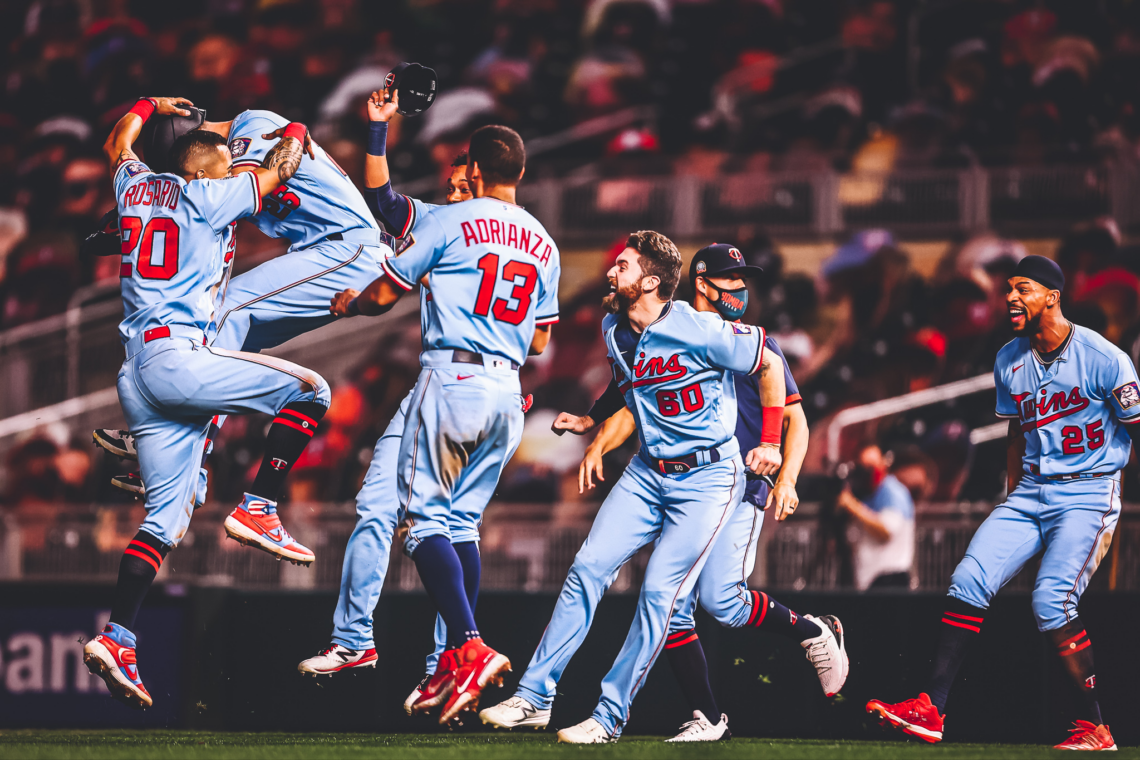 The Reds play the Minnesota Twins this weekend in a crucial series that has direct playoff ramifications. The Reds (29-28) last played the Twins in 2018, going 2-1 against them.

The Twins, much like the Reds, recently went through an extensive rebuilding. Their rebuild began in 2011, after making the postseason in each of the prior two seasons, being swept in the ALDS both years. From 2011 through 2016, they finished above .500 just once and last in the division in four of the six years. The Twins made the playoffs again in 2017, losing in the Wild Card game to the Yankees. 2018 saw the Twins finish under .500 again, before breaking out in a big way in 2019 en route to 101 wins and another playoff berth.

2019 was the first year the Twins were managed by Rocco Baldelli. Baldelli took over for Paul Molitor, who was fired following the 2018 season. Baldelli was previously a coach in the Tampa Bay Rays organization, most recently in the role of Major League field coordinator, where he worked closely with manager Kevin Cash. Baldelli was also a candidate for the Reds’ managerial opening prior to the 2019 season, and was interviewed for the Reds’ position before David Bell was eventually hired. Like Bell, Baldelli is a former MLB player. Baldelli played from 2003-2010 and is ten years younger than Bell, turning 39 tomorrow.

The Twins finished with a 101-61 record in 2019, winning the AL Central. Baldelli won the AL Manager of the Year award, while Mitch Garver and Nelson Cruz both won Silver Slugger awards.

The Twins had 14 batters record 200 or more plate appearances with a wRC+ of 100 or higher, led by Cruz at 163. Only two Twins batters recorded over 20 plate appearances with a below average wRC+: LaMonte Wade Jr. (69 PA), Marwin Gonzalez (463 PA), and Willians Astudillo (204 PA). While Gonzalez has continued to get a lot of playing time in 2020, Astudillo and Wade both spent time at the alternative site and have combined for just 60 PA in 2020. Overall, the Twins’ offense finished 3rd in the AL in wRC+ and 2nd in runs, while leading the AL in home runs.

The Twins won the AL Central by 8 games over the Cleveland Indians. They matched up against the New York Yankees in the ALDS where they were swept in three games.

The Twins had an active offseason, mostly via the free agent market. They lost catcher Jason Castro, first baseman CJ Cron, pitcher Kyle Gibson and second baseman Jonathan Schoop to free agency and declined the club option on pitcher Martin Perez. They exercised a club option on Cruz and extended a Qualifying Offer to pitcher Jake Odorizzi which ended up being accepted.

The prize of the Twins’ offseason was third baseman Josh Donaldson, who they signed to a four-year, $92 million contract. They also added catcher Alex Avila on a one-year pact to replace Castro.

But the Twins biggest pitching addition was via trade, acquiring Kenta Maeda from the Dodgers as a part of the three-team Mookie Betts deal where Minnesota parted with pitching prospect Brusdar Graterol, outfield prospect Luke Raley and a competitive balance draft pick.

The Twins (35-22) have clinched a postseason spot but are still competing with the Chicago White Sox (34-22) for the AL Central championship. Target Field, which opened in 2010, has been good for the Twins this season. The club is 23-5 at home and 12-17 on the road.

Perhaps the biggest disappointment for the Twins on the offensive side has been catcher Mitch Garver, who has followed up his outstanding 2019 with hitting just .152/.240/.242 in 75 PA and spending time on the IL as well. While Garver’s average exit velocity is better than in 2019, his strikeout rate has ballooned to 44.0%, nearly double his 2019 rate. Still, that could be the effects of a small sample size rather than true regression.

The Twins have a strong bullpen, anchored by closer Taylor Rogers.

The Twins have announced their three starting pitchers. The Reds haven’t finalized theirs, but David Bell has given an indication of the Reds plans.

The Twins are good and will provide a tough challenge for the Reds in a series critical to the Reds’ playoff hopes. With the Twins having clinched a postseason berth perhaps some of their regulars will get time off, though it’s not a given as they are still playing for seeding. Fortunately, the Reds will not have to face right hander Kenta Maeda, who has been the Twins’ best pitcher in 2020.