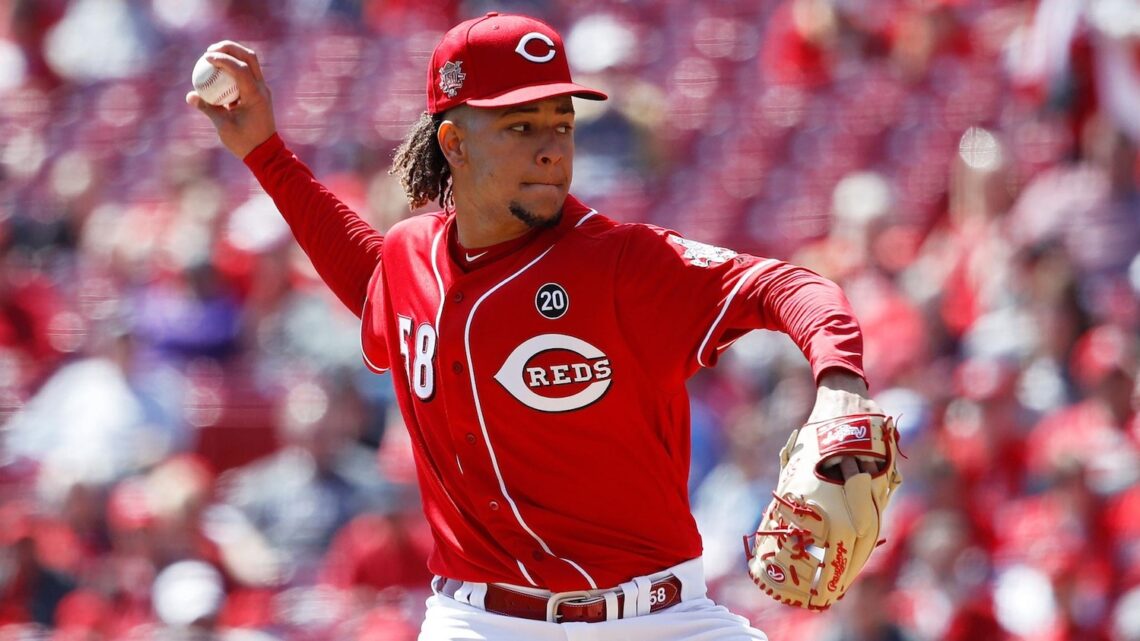 The Reds were able to overcome defensive lapses in Game 1 but their miscues proved fatal in Game 2. After winning the first game 4-2 behind the pitching of Luis Castillo and Raisel Iglesias, they were unable to hold on to a 2-0 lead in the nightcap. The Pirates entered the doubleheader with a record of 11-24, the worst in the major leagues.

The Reds are failing to string together complete games. Offense, starting pitching, bullpen. Tonight the defense broke down. Splitting games with Pittsburgh isn’t going to get it done.

The Reds got out to an early lead when rookie Jose Garcia lined a single to left field driving in Aristides Aquino who had been hit by a pitch. Luis Castillo worked around a Nick Castellanos misplay in right field that put runners on 2nd and 3rd with no outs. Castillo induced a short fly out, a ground ball that resulted in getting the runner at third, and another ground ball out.

Votto started of the top of the third with a single followed by a Castellanos infield single. Eugenio Suarez drove in a run with a sacrifice fly and Jesse Winker made the score 3-0 with a bloop single.

Although analyst Sam LeCure predicted with a 3-0 lead Castillo would “shadow box these guys to death” in fact, the Reds starter let the Pirates back into the game allowing two 2-run outs in the bottom of the third. The score was 3-2.

The next two half innings proved to be the pivot point of the game. Castillo let two runners on with no outs in the bottom of the fourth. Bell had Amir Garrett warmed up in the bullpen but stayed with Castillo who followed with a strikeout and double play.

The Pirates would bring the middle of their lineup to the plate in the 5th inning, heavily loaded with left-handed hitters. Bell would face the choice of leaving Castillo in to face them a third time or bring Garrett in and prevent his starter from earning his first Win of the season. Nick Castellanos gave Bell and Castillo breathing room by belting a solo home run to right center, making the score 4-2.

Bell allowed Castillo to start the 5th inning on a short leash, with Garrett warmed up. It was almost certainly the case that Castillo’s day would be done if he allowed a base runner. He didn’t. Castillo retired the Pirates 1-2-3 with a strikeout looking of Colin Moran. Castillo pitched the 6th and did give up a two-out walk. Bell went with his starter for one more batter and Castillo struck out switch hitter Cole Tucker. Castillo ended with 8 strikeout and 2 walks.

Raisel Iglesias gave up a single but then slammed the door on Pittsburgh, finishing the game with a three-pitch strikeout of Bryan Reynolds.

Joey Votto led off Game 2 the same way as Game 1, with a walk. The first of those was the 1200th walk of his career. Votto is second on the all-time Reds list for walks, trailing Pete Rose by 9 walks. Votto has accomplished his total in 5000 fewer plate appearances. Eugenio Suarez paid off Votto’s free pass with a 2-run homer, giving the Reds a 2-0 lead.

Trevor Bauer held the Pirates off the scoreboard through the first three innings. He stranded Pirates top prospect Ke’Bryan Hayes, who had been called up earlier this week, at third after a two-out triple.

With a 2-0 lead, Bauer induced a soft ground ball to right field which Jose Garcia fielded easily and moved closer to Joey Votto before making the easy put out throw. Votto, who had scrambled back to field first, stretched toward Garcia but couldn’t glove the easy toss for an out. It was Votto’s second such miscue in the doubleheader, having missed a Kyle Farmer throw in Game 1.

It looked like the Reds would cover for Votto’s error. Tucker Barnhart made a fantastic play on a popup way up the third base line. He was the only player in a position to get to the ball since the Reds were in a defensive shift against a left-handed hitter. But Bauer gave up two-out hits to Hayes and Anthony Alford to tie the score at 2-2. Crucially, Alford was able to get to third base because Reds center fielder Brian Goodwin couldn’t come up with the ball cleanly. Alford scored on a wild pitch, one pitch before Bauer recorded the third out on a strikeout.

To be clear, Votto’s error was the most egregious, but Goodwin’s fumble and Bauer/Barnhart’s wild pitch led directly to the third run. The Pirates led 3-2.

Mike Moustakas tied up the game with a line drive homer into the right field bleachers. It was his first home run since July 29, a span covering more than 70 plate appearances. But the game didn’t stay tied long. In the top of the 5th (the Reds were the home team in the second game), Bauer gave up two ground ball singles (each with a hit probability of 23%). A double play grounder allowed the go ahead run to score.

The Reds put up a two-out rally in the 6th, with a walk by Suarez and an opposite field single by Moustakas. But pinch hitter Matt Davidson struck out.

The Reds take on the Pirates again tomorrow at 7:05 pm. The pitching matchup is Anthony DeSclafani vs. Trevor Williams. Williams is a right-handed pitcher who faced the Reds a couple weeks ago. He gave up three earned runs in five innings, stuck out four and walked one. The last time Anthony DeSclafani faced the Pirates was a disaster. Pittsburgh scored nine runs in two innings as rumors swirled that the Reds starter was tipping his pitches.

Is Freddy Galvis hurt or is he so deep in Bell’s doghouse that he’s underground ? He hasn’t made an appearance this month. In the 9th inning of the 2nd game, down by a run, I thought he would PH for Garcia, especially given Bell’s penchant for lefty-righty matchups. Galvis has 6 HRs and a .436 slugging pct.. Batting LHed, he has 4 HRs in 70 ABs. Much more of a threat to tie it up than Garcia. For that matter, more of a threat than Barnhart. And for that matter, Casali is more of a threat than either of them, even against a RHed picher.

Going down to defeat with nothing more to offer than Garcia and Barnhart for the last two ABs was depressing.

And speaking of the bench, who was the 29th man for this double header ?

I was wondering about Galvis, too. Maybe he’s hurt? Maybe Bell is giving Garcia run.

The 6th inning was frustrating to watch. If we assume the walk to Suarez and the single by Moustakas, then just a little single by Castellanos, Winker, or Davidson would have tied the game. Instead they’re taking huge swings with a HR or nothing approach, even with two strikes. You expect that of Davidson (why was he PHing when just a single was needed to tie the score ?) but Castellanos and especially Winker are hitters, not all-or-nothing sluggers.

Perhaps panic is setting in.