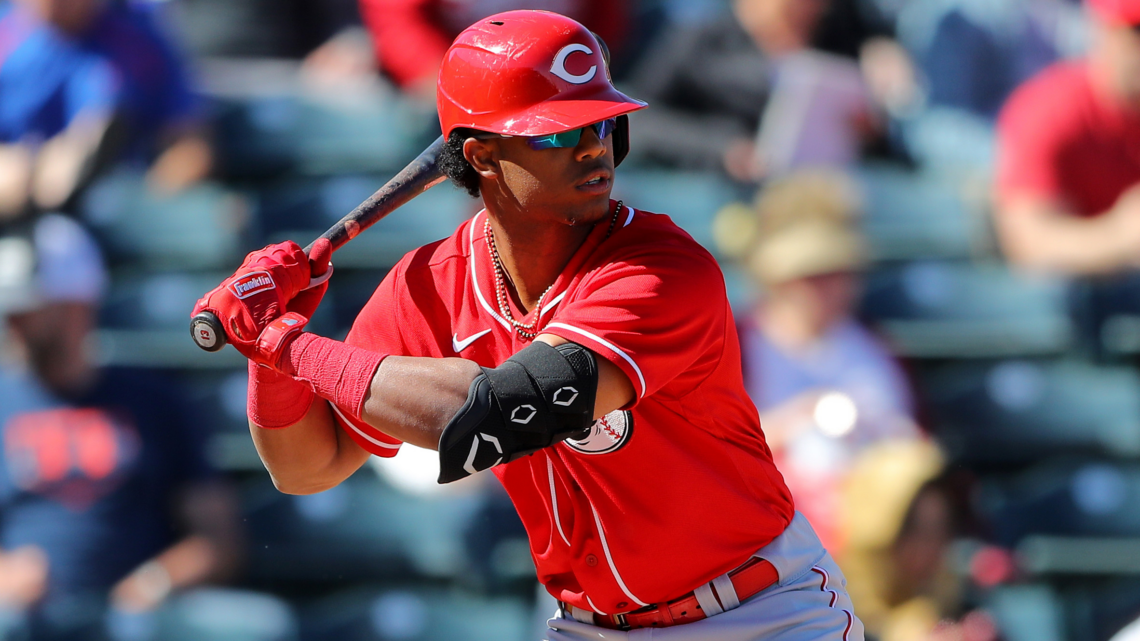 The Reds head into the offseason with a few obvious needs, but none seemingly more pressing than shortstop. Freddy Galvis is a free agent, José García struggled at the plate in his first big league action and Kyle Farmer is better suited as a backup. While García could be a good long-term solution, time at AAA would serve him well in 2021. With that said, let’s take a look at potential shortstop options for the Reds.

Each of the three elite shortstops that might hit the market would be a massive upgrade for the Reds at the plate. All three play above average or better defense.

However, the cost of acquiring any of the trio would be high and each is only under control for one year. The Reds would have to give up a large prospect package to acquire any of the three. Seager, in particular, may not be available as he was a key factor in the Dodgers’ postseason run in 2020. The Dodgers have reportedly been interested in Lindor, and may be willing to move Seager to acquire Lindor.

None of the three will come with a cheap salary in 2021. Per MLB Trade Rumors’ most conservative projections, Seager is projected to make $9.3 million and Lindor $17.5 million in 2021. Either could make more than that. Story is already locked in to a $18.5 million contract for 2021.

While this group of players is a step below the top tier, each would represent a significant upgrade for the Reds. They come at varying costs, and include trade options as well as one free agent option.

Correa is probably the closest to the top tier, as he’s twice recorded a wRC+ over 140. Though he hit just .264/.326/.383 in the regular season in 2020, there were positive signs. Correa’s postseason was otherworldly, recording a 226 wRC+. His StatCast numbers in the regular season were solid, but unspectacular. In acquiring Correa, the Reds would hope he would return to his prior level of success, ranking among the league’s best shortstops in four of his first five seasons.

Correa’s low-end salary projection per MLB Trade Rumors is $8 million and he would be a free agent after 2021. Correa wouldn’t cost as much in trade as any of the big three, though it’s not a certainty that Houston would make him available.

A former top prospect, Adames is an under-the-radar name that doesn’t get enough recognition. He’s posted a career 106 wRC+, including a 124 wRC+ in 2020 for the Tampa Bay Rays. He’s also known as a very good defender.

Adames has strange career home/road splits, performing significantly better on the road. He noted this year that his home struggles have been due at least in part to not being able to see the ball well in the Tropicana Field lighting. He struggled down the stretch this season at home and his overall numbers took a big hit because of it. A move to a more hitter friendly park would serve Adames well.

Adames would be under the Rays control through 2024 and wouldn’t even be arbitration eligible until 2022. In terms of trade cost, it’s possible he’d cost less than one of the elite rentals, and hard to imagine he’d cost much more. I took a more in-depth look at Adames as a trade candidate in September.

By far the most enticing free agent option, Semien is coming off a rough 2020 of his own. He hit just .223/.305/.374, though some of that can be attributed to an injury-riddled year. Semien is one year removed from a 137 wRC+ and a third place MVP finish. Additionally, he is widely regarded as a good defender.

Given the pandemic, it’s unclear how the free agent market will play out, but Semien could end up being a major bargain. The Reds would be best suited to a shorter-term deal for Semien. A one or two year contract seems realistic. Semien himself might be looking for a one-year deal to rebuild his star value. MLB Trade Rumors projects Semien to sign with the Los Angeles Angels for one year and $14 million, a price that seems more than reasonable for the Reds to pay.

Rojas can’t be counted on as a power threat, but he still could provide value. Once a backup and utility player type, Rojas has become a regular shortstop for the Miami Marlins the past two seasons. He’s known to be a very good defender and won’t kill you with the bat.

Though you’d be lucky to get any sort of power contribution, Rojas will likely hit for a solid average. He will also draw enough walks to get on base at a respectable clip. Think of a José Iglesias type, but with more walks. That has value, especially as a one-year stopgap that comes with a modest $5.5M price tag. The Marlins would likely consider moving him, as SS prospect Jazz Chisholm made his debut in 2020 and could be turned loose in 2021.

Kim is an interesting option for the Reds. While he is far and away the most risky option on the list, there is no denying the upside. He’s a 25 year old shortstop from Korea who has yet to play in Major League Baseball, so there could be a learning curve like the Reds saw with Shogo Akiyama. Young shortstops with power coming from the KBO are not a known commodity, as most players come over at a later age. Kim is just entering his prime, and hit a fantastic .314/.405/.541 with a 147 wRC+ in Korea this year. It’s unclear what type of contract he would command, but he could certainly be worth keeping an eye on.

If the Reds are looking for a smaller upgrade at SS that is friendly on both the budget and the farm system, Taylor could be the guy. He’s already signed with the Dodgers for $7.8 million for 2021 and would be a free agent after the season. He also wouldn’t cost a ton in trade, as he doesn’t seem to be a necessity on an already strong Dodgers team.

Taylor has posted four consecutive above-average seasons with the Dodgers, culminating in a 131 wRC+ in 2020. His defense at shortstop is a bit more suspect, having played in more of a utility role for the Dodgers. Still, he could play a competent shortstop, and if Taylor continues to produce with the bat would make up for any defensive shortcomings. While he wouldn’t top my list, Taylor would be a nice fallback option if the Reds were unable to acquire another shortstop. 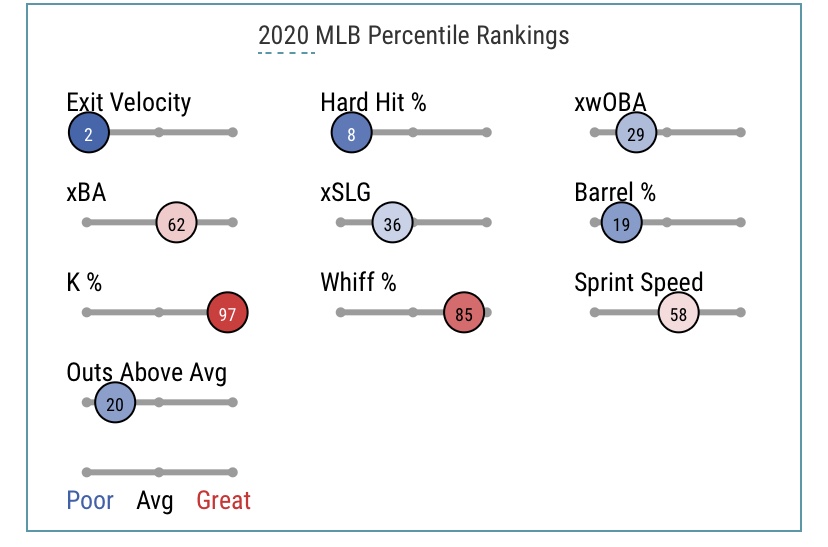 His StatCast page does not look like a guy that posted above average numbers. His 83.8 MPH average exit velocity was the worst of his career, and his 27.9% hard hit rate leaves a lot to be desired. His .261 xBA, .396 xSLG, and .298 xwOBA all lag behind his actual numbers. Additionally, his .309 xwOBACON (xwOBA on contact) is nothing less than concerning, as it demonstrates a complete lack of quality contact.

MLB Trade Rumors predicts Gregorius will sign with the Reds for three years and $39 million. While the name is flashy, the Reds should avoid Gregorius, especially at that price. If those trends continue for Gregorius, it’s likely that a combo of Kyle Farmer and Jose Garcia would outperform him in 2020. The Reds would probably be better suited to roll with their incumbent duo, or even re-sign Freddy Galvis, rather than tying up that much money in Gregorius.

Thanks for the post. As much as I’d love to have Seager, I can’t see the Reds going for a top-tier guy for just one season. He’s a Boras guy, right?

The best option, if the Reds are real players in the market, would be to go after one of the top shortstops next year who will be a free agent.

Reds ownership will cut payroll in 2021 – Reds Content Plus

[…] the Reds to add players — say, pick up a proven shortstop — they would have to cut salary elsewhere. If Trevor Bauer had accepted his qualifying offer […]

You had me up until this part: it’s likely that a combo of Kyle Farmer and Jose Garcia would outperform him in 2020. The Reds would probably be better suited to roll with their incumbent duo, or even re-sign Freddy Galvis,

Let’s, under absolutely no circumstances, consider either of these options acceptable.