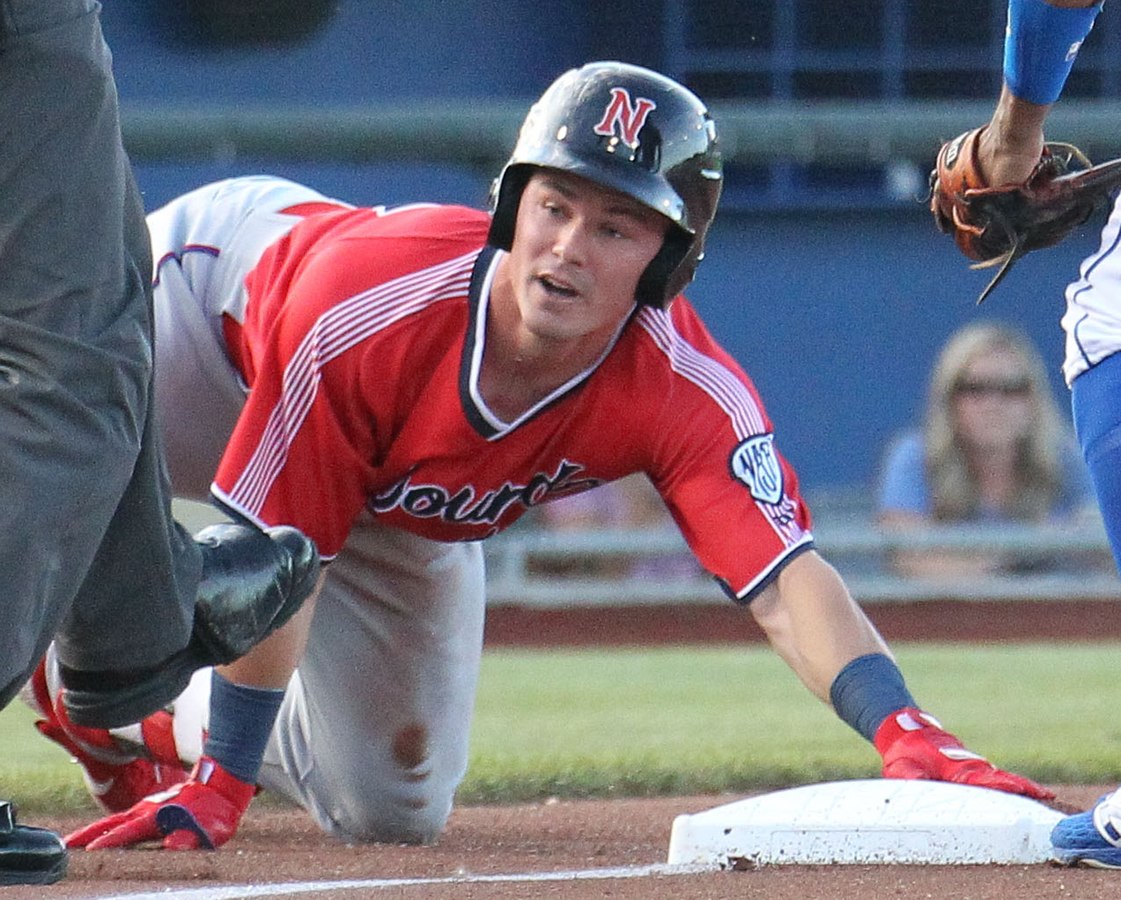 The Reds acquired outfielder Scott Heineman from the Rangers on Wednesday in exchange for minor-league infielder Jose Acosta. Like Kyle Farmer with the Reds, Heineman was non-tendered and later re-signed with the same team. However, the Rangers eventually designated the 28-year-old for assignment on Dec. 11 to make room for former Reds pitcher Jimmy Herget. Quite the roller coaster for Heineman these last few weeks.

Here’s what to know about the Reds’ new outfielder:

Heineman bats and throws right-handed and plays all three outfield positions as well as first base. He was selected by the Rangers in the 11th round of the 2015 draft out of the University of Oregon. After a foot injury sidelined him the summer following the draft, he was sent straight to High-A in 2016. He moved up a level each year, eventually making his way onto the Rangers’ top-30 prospects list at No. 24 in 2018. He started the 2019 season on the 60-day injured list as he recovered from left shoulder surgery, but he didn’t show any ill effects upon returning.

Following a scorching start in 2019 (.340/.412/.553 in 182 plate appearances — albeit aided by an unsustainable .426 batting average on balls in play, a juiced baseball, and the hitter-friendly Pacific Coast League), the Rangers called him up to the big leagues in August. Heineman struggled in 85 plate appearances, hitting just .212/.306/.373. With rosters expanded in 2020, he made the Rangers’ opening day roster but again failed to gain any traction in sporadic playing time. Heineman hit only .154/.185/.269 in 54 plate appearances and spent most of September bouncing between the Rangers’ bench and alternate training site.

No particular skill jumps off the page for Heineman, but he doesn’t have a glaring weakness either. He’s hit for solid average in his minor-league career (.303), shown a decent eye at the plate (.378 OBP, 9.0 BB%), and demonstrated average power (48 HR, .475 SLG, .172 ISO). As the major-league results would seem to indicate, Heineman’s doesn’t have an overly impressive Statcast portfolio. Although it should be noted that he only has 139 career plate appearances and a lack of consistent playing time, he ranks below average in every quality of contact metric (87.2 average exit velocity, .266 xwOBA, 34.4% hard-hit rate).

While he has above-average speed (83rd percentile, per Statcast), he’s not much of a base-stealing threat. He racked up 30 steals in his first professional season but has just 35 in four seasons since and an inefficient 65% stolen base percentage for his career. That speed does come in handy in the outfield, as most scouting reports feel he can hold his own at all three positions. The Rangers primarily used Heineman in center field, where he’s accumulated 2 outs above average in 165.2 innings.

Where He Fits In Cincinnati

Well, he doesn’t exactly fit in Cincinnati. Not only is Heineman far down on the outfield depth chart (although playing center field is a bonus), but he also has two minor-league options remaining. Triple-A Louisville is the most likely destination for Heineman, barring further trades or a slew of injuries on the active roster. Don’t expect him to provide much more than depth.

IMO, Votto needs to get as close to zero at bats vs LHP as is possible in 21′. A RH hitting backup 1b (who hits LHP better than Kyle Farmer fits the bill (WRC+ 102 not bad). I’m not sure if this guy is much of a better hitter than Farmer against LHP, not enough info. Good organizational depth for sure.