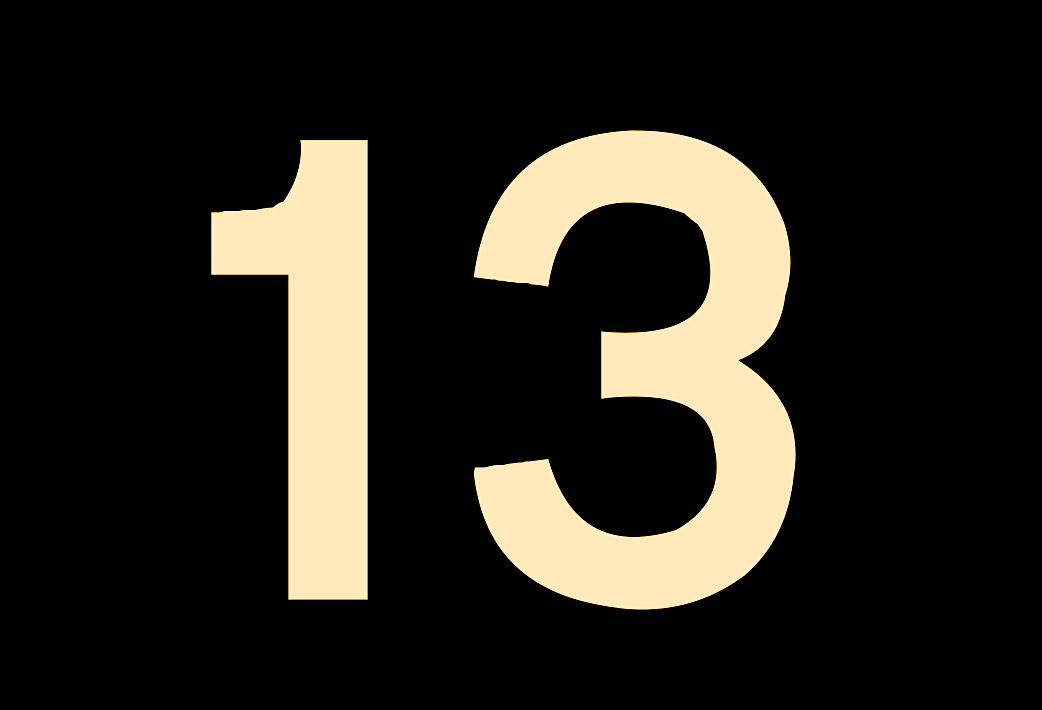 Oh my, the buildup. The countdown. Opening Day!

Against the Cardinals even. The Reds were sending ace Luis Castillo to the mound! I had read – just yesterday! – that Castillo could win the N.L. Cy Young Award.

Snow flurries weren’t going to dampen our excitement. The Reds were back. Nothing would dare get in the way of our wonderful non-official but kinda official secular holiday.

It was Opening Day!!!

And all it took to deflate months of anticipation was 13 pitches.

If you got up from the couch to throw away the pile of Skyline coney wrappers, you might have missed it. Even if you were glued to a television, monitor or mobile device, it happened so fast. So if you’re still wondering what went wrong in those decisive 13 pitches from Castillo to the Cardinals, it’s understandable. You’ve come to the right place for a diagnosis.

The first pitch of the season is always a fastball (unless it’s Bronson Arroyo) right? Castillo has a big-time fastball. He threw it for 27% of his pitches last year.

On a day immersed in tradition, Luis Castillo followed suit and started the game with a fastball. He was amped-up and the pitch sailed above the strike zone by about six inches. Even though Cardinals 2B Tommy Edman was looking fastball, it was high and he took it.

Castillo’s second pitch was his sinker.

Now, I’m not 100% convinced Castillo’s sinker and fastball are different pitches. They come in at the same average velocity. The algorithms that categorize pitches see a set of Castillo’s pitches that have about 6-10 more inches in vertical break and 4 more inches of horizontal slide and classify them sinkers. The other hard pitches are called 4-seamers.

My partial skepticism duly noted, Castillo threw his sinker 31% of the time last year, his most common pitch. His second pitch of the day was classified a sinker.

Edman jumped at it and tapped the ball on the ground to Jonathan India. It was almost as if Edman was welcoming India to the big leagues by getting his first fielding chance out of the way with a polite grounder. Balls hit like that go for hits 5% of the time (expected batting average, or xBA). India made the play at first. Castillo and the Reds have an out.

Don’t be fooled by one of the Reds TV broadcasters making the nutty suggestion later in the game that Paul Goldschmidt lay down a bunt with two runners on. The Cardinals first baseman is a terrific, dangerous hitter. Goldschmidt was the Arizona Diamondbacks version of Joey Votto not that long ago. He finished second in the NL MVP voting twice and third once.

The philosophy of baseball lineup construction has changed since the notion of the #2 hitter was a guy who was “good with the bat,” could hit the other way on a hit-and-run, and yes, drop a sacrifice bunt when needed. Today, managers know you put your best (or one of your best) hitter second. That’s why you see hitters like Aaron Judge, Fernando Tatis Jr. and Nick Castellanos in the two-hole. The best hitter of our era, Mike Trout, has hit second more than anywhere else. And Paul Goldschmidt bats second.

Castillo started Goldschmidt off with another 4-seamer, this one a bit faster at 96.2 mph. Still, that wasn’t up to Castillo’s FBv of 97.5 mph last year. But the 28-year-old has a track record of building up his velocity over a season as the weather warms. Castillo ended up with an average FBv yesterday of 94.4 mph, after it dropped off later in his start. Goldschmidt was late to the pitch and fouled it off.

Like I said. Goldschmidt is a great hitter and he wasn’t up there bunting. Castillo comes back with a sinker. Goldschmidt was a bit late on this pitch, too, but had gained enough timing since the first pitch to keep it in play. With an exit velocity of 103.4 mph and a prime launch angle of 29º the ball traveled 337 feet and bounced off the top of the right field fence padding. First ruled a home run, but a replay review changed the call to a double.

Goldschmidt at second base with one out.

Nolen Arenado was the Cardinals big offseason acquisition. Arenado won a Gold Glove at third base his rookie season and has followed that with seven more awards. But he has also been a great hitter with Colorado, leading the league in home runs a couple times. Time will tell how Arenado will hit when not at high altitude for half his games.

Castillo starts Nolan Arenado off with his first slider of the day. Castillo has been developing his slider as a third pitch (fourth if you count the fastball and sinker as distinct pitches). It gives him an off-speed pitch to throw to right-hand batters like Arenado. It hasn’t had huge break, but it’s enough different from his fastball and changeup that when Castillo can control it, his slider is effective. He used it on 18% of his pitches last season. It’s reasonable to expect more improvement in 2021.

Castillo threw this slider in the zone for a strike. Arenado was either hunting fastballs and laid off or the pitch fooled him. Either way, it was called strike one.

Castillo goes against type with back-to-back sliders. This time the Cardinals new third baseman lunges late and fouls it down the right field line. That puts Castillo ahead 0-2 to Arenado.

Castillo goes back to his fastball with a purpose. It’s a set-up pitch, high and inside. The pitch wasn’t close enough to hit him, but taking no chances, Arenado falls back to get out of the way. At 1-2, it’s time for Castillo to get a decision against Arenado, believing he has the Cardinal’s bat and eyes sped up.

Now on his eighth pitch of the game, Castillo unleashes his best, his changeup.

Arenado isn’t completely fooled. But all he manages is a soft ground ball near the second base bag. The location was unlucky for the Reds. Balls hit a 1º launch angle at 82.3 mph go for base hits just 22% of the time. This one was headed for the outfield until Jonathan India dove to keep in it in and prevent Goldschmidt from scoring. It was a nice play by India, his best of a busy day in the field.

The Cardinals now have runners at first and third with one out.

Paul DeJong is a good hitter, but not the power threat of Goldschmidt or Arenado. Although DeJong did smack 30 homers in 2019.

Castillo starts DeJong off with a slider in the zone. That’s two batters in a row with a first-pitch slider and Castillo achieves the similar desired outcome. The Cardinals seemed to be looking for something full speed on the first pitch the first time through the lineup. DeJong takes Castillo’s slider in the middle of the strike zone.

Castillo comes back with inside heat several inches off the plate inside. DeJong swings, half out of protection because Castillo had the ball right on his fists. All DeJong managed was a super weak 59-mph opposite field liner. The ball landed on the diamond grass, even before the infield dirt. Unfortunately, with the Reds playing defense the other way, the ball trickled into the outfield. The hit had an xBA of 18%. Castillo made a great pitch and got a lousy outcome.

Tyler O’Neill is a young power-hitting outfielder. Castillo comes back with his sinker, again high and inside like the fastball to Arenado and the previous sinker to DeJong. But this time Castillo loses control and the pitch hits O’Neill.

Bases loaded. Still one out.

Everyone knows Yadi Molina looks for fastballs on the first pitch. Do not throw Molina a first-pitch fastball.

Castillo didn’t. But Molina swung anyhow. Maybe he expected a get-ahead slider because he’d seen Castillo start Arenado and DeJong off with one. Or maybe he was expecting fastball and got fooled. Either way, he grounded the ball to Eugenio Suarez at shortstop.

If you dial up the Statcast 2020 leaderboard for sprint speed and look all the way at the bottom you’ll find there are 454 names. That’s 15 players per major league team represented. The slowest runner in all the baseball kingdom is 40-year-old Albert Pujols.

Two names above Pujols on the sprint speed leaderboard is Yadi Molina. That’s #452 out of 454. Molina is slow of foot.

If Suarez had fielded this ball, the chances for an inning-ending double play would have been good for the Reds. The new old Reds shortstop did have to take 3-4 steps into the hole, but this was a play a major league SS makes. As Suarez reached down and started a quick flip to Jonathan India at second he missed the ball, which squirted out into left field. Arenado and DeJong score.

Instead of Castillo being out of the inning and the Reds down 1-0, the score was 3-0. With doom lurking one pitch away.

Dylan Carlson is 22. He’s the Cardinals young phenom. Carlson struggled at the plate last year, but he’s ranked in the top 20 in most prospect lists.

With two runners on, Castillo goes back to his sinker on the first pitch. Carlson was ready. You don’t get that high on prospect lists without being able to hit the pitch that Luis Castillo threw to Dylan Carlson. As Chris Welsh said on the broadcast, 95 mph is hitting speed now.

To compound Castillo’s jeopardy on this pitch, the sinker, if that’s what it was, didn’t sink. Every sinker Castillo threw yesterday was measured with 24-31 inches of sink, including gravity. The Carlson pitch only dropped 16 inches. That’s more in line with pitches by Castillo that are being classified as 4-seam fastballs. So maybe this was a fastball. But Statcast called the pitch a sinker because of its horizontal break. (You can see why it’s hard to know if these really are two different pitches.)

Either way, this pitch to Dylan Carlson was In play, run(s). 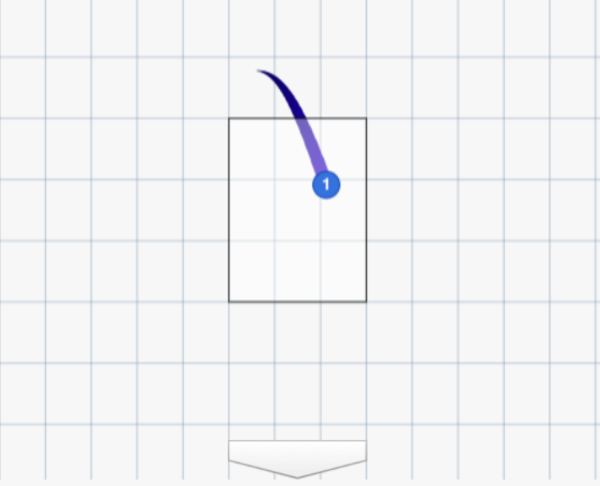 Carlson hit the ball 106.4 mph. That wasn’t the hardest-hit ball all day. Jesse Winker had two harder-hit balls and Jonathan India had one. But what Carlson’s blow had was a handsome launch angle of 29º. Carlson pulled the ball 355 feet down the line. Joey Votto’s routine fly ball in the 9th inning went 370 feet, but its launch angle was 36º and not yanked down the line.

A few final thoughts about these 13 pitches.

O’Neill and Molina scored ahead of Carlson and the score was 6-0. Carlson’s home run ball clanged off the foul pole, punctuating the disastrous half-inning with an exclamation point.

And that’s how the Opening Day we’d dreamt about for months was over in 13 pitches.

Thanks, Mike. Appreciate the support.