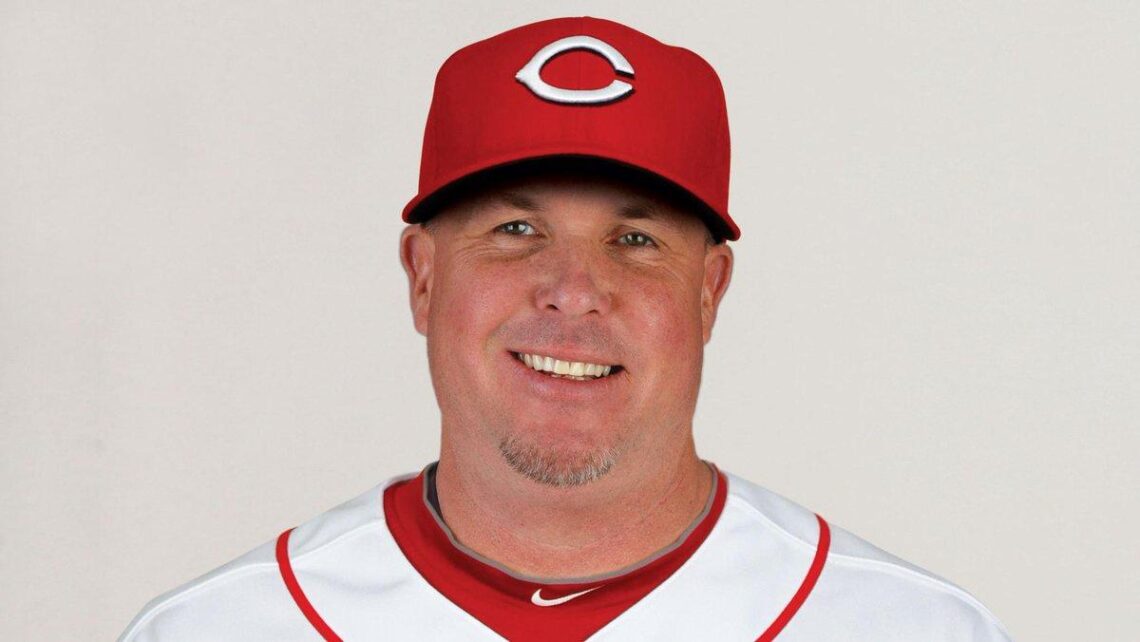 Derek Johnson was the first coaching hire for the Reds under manager David Bell. It was an audacious move. Dick Williams swiped Johnson from the Milwaukee Brewers through a narrow window of opportunity. Johnson was considered one of the best pitching coaches in baseball and his hiring part of putting together a coaching staff seen as aligned with Bell’s vision.

For the past three seasons, Johnson has been at the center of the revolution in Reds pitching instruction. Under Johnson and similar Reds hires — Caleb Cotham and Kyle Boddy — the Reds have embraced new teaching technologies such as high-speed cameras that offer ultra-precise information on grip and tracking and allow real-time feedback and individualized instruction. Johnson and his staff made sure the Reds had an organization-wide commitment to the latest tech.

Beyond the new toys, Johnson and the Reds modernized the club’s thinking about the practice of pitching, emphasizing strikeouts.

“I like guys that can make hitters swing and miss,” Johnson said (Bobby Nightengale). “I know that the baseball purists in all of us traditionally like weak contact, we’re OK with that. I certainly like weak contact as well. When we can get that, when they do make contact is a good thing. What I do know with the swing and miss is the fact that no one can bobble it. We cannot screw that up. As a unit we can’t screw it up. It’s going to be plus column for us every single time. If I can get that as many times as possible, that’s what I’m going to go after.”

“Swing and miss don’t lie,” is one of Johnson’s sayings.

At the time of Johnson’s hiring, Williams noted the importance of developing and implementing a consistent pitching philosophy through the organization. Johnson was an integral part of that. Williams said he’d seen “the major league staff gets so busy with the major league team, they don’t have as much time as they think they are going to have to stay involved with the minor leagues.” But he wanted his staff to “invest the time necessary to make sure everything is being taught. We want a consistent message coming all the way.” Aligning the minor leagues behind a coherent, consistent philosophy not only improves development, it helps rookies adjust to the major leagues.

Following the 2019 season, Cotham was given the new title of Director of Pitching. When the Phillies hired Cotham away from the Reds after the 2020 season, the club named Boddy Director of Pitching. The Reds went all-in on integrated, consistent modern pitching instruction and the result has been significant, rapid improvement. Compare the league-worst staffs of 2015-2018 to the top-five staffs of 2019-2021. The positive results of the new approach seem obvious.

That background sets the context for the Reds announcement this afternoon that Derek Johnson “will assume the additional role of Director of Pitching, where he will be responsible for the development and communication of pitching philosophy/initiatives throughout the entire organization.”

In other words, Johnson will now be the Reds Pitching Coach and the Reds Director of Pitching.

Further, the Reds announced that Johnson had agreed to an extension, but the club didn’t specify for how long. Johnson, who had signed a four-year deal with Williams, was already under contract for 2022.

Derek Johnson is a huge talent.

That Johnson has agreed to be with the organization for a longer period of time is outstanding news. It’s a sign he believes the Reds continue to move in a direction he favors. The Reds also recently extended Bell’s contract through the 2023 season.

Johnson is an excellent pitching coach with a proven track record of success across several clubs, including with the Reds. Johnson is modern. He’s demonstrated a successful way of conveying data and new ideas to pitchers. The Reds have had more than their share of breakthroughs during his tenure. Johnson is also perfect for the Director of Pitching job. He has the experience and talent to come up with a dynamite instructional plan that can be taught throughout the organization. He has shown an attention to detail.

Johnson has played a big role in developing the Reds pitching plan — minor leagues included — since he arrived three years ago.

That clarifies how the Reds intend to deal with the competing demands on Derek Johnson’s time. Johnson will focus on development philosophies and strategies during the offseason (he started that a couple weeks ago), then shift his attention back to the big league club, when spring training starts. Johnson said today once the season begins, he’ll become more hands off and the co-pitching coordinators will handle the Director of Pitching responsibilities.

How will that work out?

In an ideal world, the Reds would get the most out of Derek Johnson both in season and offseason. The coordinators would implement Johnson’s vision for minor league pitchers in lockstep with his intentions.

In practice, there’s a risk this arrangement will dilute Johnson’s effectiveness in both jobs. Passing the DOP duties off to more than one person could mean multiple voices and less uniformity. Moving implementation down a rung in the organizational ladder can mean less accountability.

When Kyle Boddy left the Reds in September, he noted the Reds were headed in a different direction. The implication being that the organization would be moving away from a full commitment to ultra-modern pitching instruction.

That’s just his side of it, of course. It could well be the Reds were seeking a change in personality at the top, not direction. Not a single person has said that Kyle Boddy is irreplaceable.

But subsequent comments by the club and others have indicated the Reds might be comfortable swinging the pendulum, at least in part, back to old-school instruction by former big league pitchers. I’ve heard for months that strong forces in the organization are pushing for just that.

Nick Krall has been a serial dissembler in his time leading the Reds front office. So, it’s hard to know how much credibility to assign to his statements. After Boddy’s departure, Krall said rumors the Reds were “going away from data” were false. Juxtapose that with the telling statement he made today: “We think our pitchers and player development staff are going to be very receptive to his (Johnson’s) vision because he isn’t afraid to merge old school methods with new school analytics and ideas.”

Time will tell who the Reds hire as pitching instructors. You have to hope that a move back to former big league pitching coaches is with Johnson’s approval and a finger-on-the-pulse fine tuning based on feedback from players. And not just caving in to Old Guard ideology.

On the one hand, putting Johnson in this new formal role atop the Reds pitching depth chart is reassuring. Derek Johnson isn’t going to let the Reds backslide when it comes to pitching instruction methods. And you have to hope he wouldn’t have gone along with this plan if he suspected the Reds were going to do that.

On the other hand, placing a person at the top of an organizational chart — knowing — that his time will be divided and he won’t be able to pay as much attention once the important stuff really gets going, is a way to decentralize influence.

The identity of the second coordinator could offer insight.

Derek Johnson is still that super-talent “if we could get the one person we most want” guy. Him agreeing to stick around is a good sign.

He’s now both the Reds Pitching Coach and the Reds Director of Pitching. He’s a terrific hire for either. The question is whether he — or anyone — can be for both.

This move by the Reds front office could prove to be a brilliant way to maximize a strength and focus the vision of the organization. Or it may end up another failed, penny-pinching step born of a lack of a coherent plan. We’ll have to watch how it plays out.