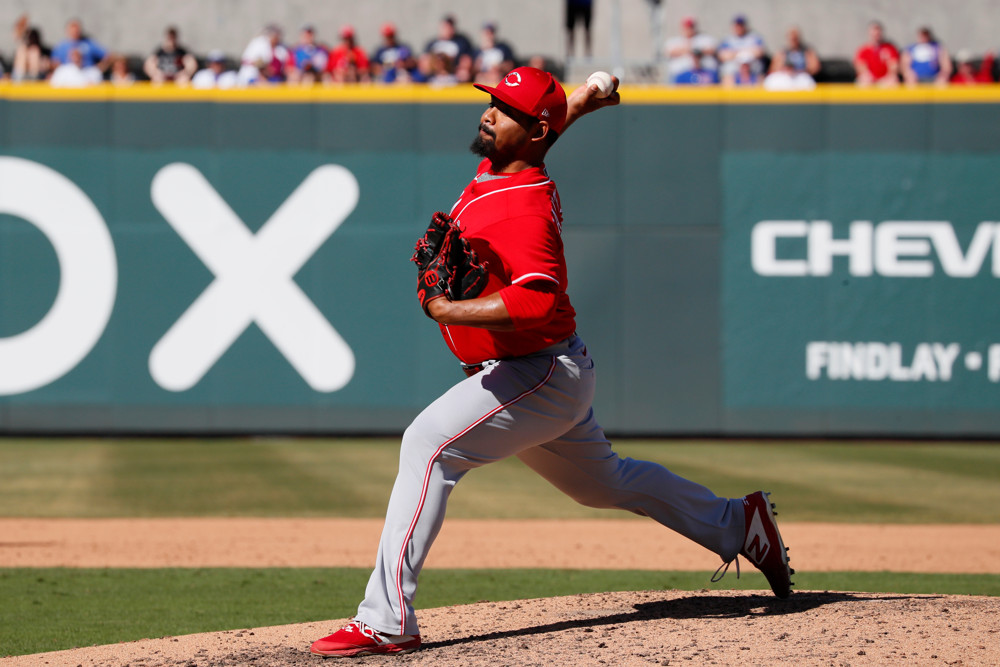 Following a drubbing of the Phillies on Monday night, the Reds had an opportunity to get some revenge against the visiting San Diego Padres.

After being swept two weeks ago in San Diego, starting what would be a five-game losing streak, the Reds were hoping to carry the momentum from their makeup game on Monday.

Rookie Tony Santillan was once again inefficient on the mound, unable to work past the third inning; and the offense was productive, but ultimately stranded runners late with the heart-of-the-order at the plate.

The Reds offense had a tough act to follow on Tuesday night after their 12 run outburst against the Phillies on Monday. They started quickly, scoring in the first inning on a 104.5 MPH single from Tyler Stephenson, scoring fellow rookie Jonathan India who reached on a leadoff single.

Reliever Craig Stammen, who started in place of scratched starter Blake Snell, worked just two innings, and he retired the side in order in the second. Left hander Nick Ramirez was the next pitcher for the Padres, and he followed with a perfect third inning. In the third, Joey Votto and Kyle Farmer both reached on singles, and Votto was knocked in by Shogo Akiyama on a 75 MPH single with an .800 xBA. It was the only run against Ramirez, but the Reds did cut the lead to 5-2 on the hit.

The top of the Reds order started the fifth inning against Nabil Crismatt, who only got two outs in the inning. He hit Jonathan India opening the inning, and then allowed a 101.4 MPH, 410 foot home run to Jesse Winker, cutting the deficit to 5-4. Crismatt did strike out Nick Castellanos looking, then was removed for Austin Adams, who struck out Stephenson and Votto consecutively to end the inning.

In both the sixth and seventh inning, the Reds had a runner reach, but ultimately be stranded. India reached for the third time leading off the seventh, but Winker, Castellanos, and Stephenson were unable to bring him across to tie the game.

Emilio Pagan was the next pitcher for the Padres, their seventh in eight innings. He struck out Votto, Suarez, and Farmer in an easy inning.

Down to their final three outs, the Reds had the task of facing Mark Melancon once again. Melancon worked quickly, getting two groundouts and a strikeout to earn his MLB-leading 25th save.

Despite notching eight hits, having two hit-by-pitch, and walking twice, the Reds stranded six runners and couldn’t push across the tying run in the final three innings.

Coming off his first Major League win, Tony Santillan was handed the ball for the series opener against the Padres on Tuesday night.

The story on Santillan’s first three starts was the inability to get through innings without traffic on the bases. Over the 13.2 innings he had thrown, he faced nearly five batters per inning, with a WHIP of 1.463. The trend continued tonight in a short start vs the Padres.

Tommy Pham started the game with a 96.6 MPH single to center field before being erased on a fielders choice by Fernando Tatis Jr. With one out, Jake Cronenworth bounced a ball past Votto at first with a .150 xBA, eventually rattling around in the corner for a run scoring triple. Cronenworth would score on a sac fly from Manny Machado, giving the Padres a 2-0 lead before the Reds reached the plate.

Santillan continued to run into trouble  in the second, walking Eric Hosmer to begin the inning. After a strikeout, Victor Caratini roped a 104.3 MPH single, giving the Padres two baserunners with one out. Pitcher Craig Stammen grounded into a fielders choice, but Pham drove in Hosmer on a sac fly to extend the lead to 2-1.

In what would be his final inning, Santillan got two quick outs before allowing two singles and a walk. With the bases loaded and two outs, he struck out Jorge Mateo to end the inning. In total, he would allow six hits, two walks and three runs across three innings and 75 pitches.

Ryan Hendrix was the first man out of the bullpen for David Bell, and it was a quick outing for him. Pham led off the fourth inning with a 103.3 MPH homerun to make it a 4-1 game. Tatis followed with a 108.4 MPH lineout to Akiyama. The final two hitters Hendrix faced both reached, as he hit Cronenworth and allowed a 107.6 MPH single to Machado. Josh Osich was called upon to face the left-handed hitting Trent Grisham with two on and one out, and got soft contact (83.4 MPH), but allowed an RBI single, stretching the lead to 5-1. He would then get a double play ball to end the inning.

With the score at 5-2, Art Warren was called on to keep the game close. He worked a quick fifth inning, striking out two Padres in the process. Leading off the sixth, Pham reached for the third time, looping a 70.8 MPH single in front of Castellanos. After a walk to Tatis, Warren got two huge outs. Cronenworth grounded out in the hole on a beautiful sliding play by India, and then Machado fouled out on the first pitch. With two outs and the left-handed hitting Grisham at the plate, Bell took the ball from Warren, turning to Amir Garrett. Garrett walked Grisham, but then got a huge strikeout of Hosmer to strand the bases loaded and keep the deficit at one run.

Sean Doolittle was next out of the bullpen, asked to face the bottom third of the order in the seventh inning. Wil Myers reached on a soft single to center field, and then with two outs got to third on a ball that was questionably foul and then bobbled by Suarez behind the bag. Facing Tatis with two on and two out, Doolittle walked him to load the bases. Luckily for Doolittle, he got Cronenworth to foul out and strand the bases loaded for the fourth time.

Brad Brach and Heath Hembree were the final two relievers for David Bell, and they both worked scoreless innings in the eighth and ninth.

Despite allowing 12 hits and walking seven, Reds pitchers were able to strand 16 Padres baserunners on the night, including the bases loaded four separate times.

Rookie Vladimir Gutierrez takes the mound against Joe Musgrove as the Reds look to even the series. First pitch is at 7:10 pm EST.