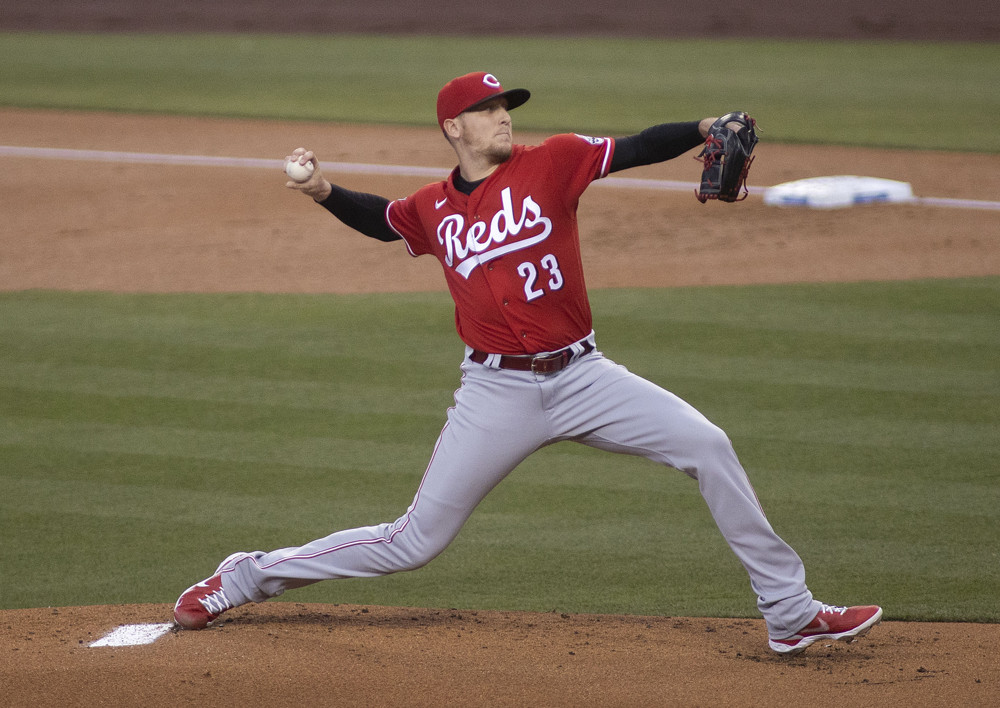 Three home runs by the Mets accounted for all seven runs, two of which barely made it out. However, one would have been enough as the Reds were only able to muster one hit and three total baserunners throughout the day. The Reds drop the series to the Mets and will have a day off before getting back into the division against the Cardinals.

The Reds’ offense was very quiet the first time through the order, with Jonathan India opening the bottom of the first by getting hit by a pitch and Aristides Aquino starting the third with a line-drive single. After the Aquino single, the bats went even quieter as Marcus Stroman retired the next 14 Reds hitters until Joey Votto walked with two outs in the bottom of the seventh inning.

Votto would be the last baserunner for the Reds as Stroman ultimately went eight innings allowing the lone hit to Aquino before Jeurys Familia came in for the ninth to strike out the side and end the game.

Jeff Hoffman made his first start since May 26th and seemed to pick up where he left off. He only lasted four innings, walking three and giving up two home runs alongside six hard-hit balls (batted balls with an exit velocity greater than 95 mph).

Hoffman opened the game with a five-pitch walk. However, he was able to record the next three outs to exit the first inning unscathed. After getting an out to open the second, Jonathan Villar hit a high fly ball that barely eeked over the outstretched glove of Aquino and the wall in right-center field. The home run only had an xBA of .190, but the 366 feet were just enough to make it 1-0.

Three singles in a row from the top of the Mets lineup with exit velocities of 102.8 mph, 99.1 mph, and 109.5 mph loaded the bases with no outs to open the third inning. Dominic Smith then sent a home run (99.1 mph 369 feet) to left field for a grand slam extending the lead to 5-0. While men reached first and second again in the third and fourth innings, Hoffman escaped without further damage. 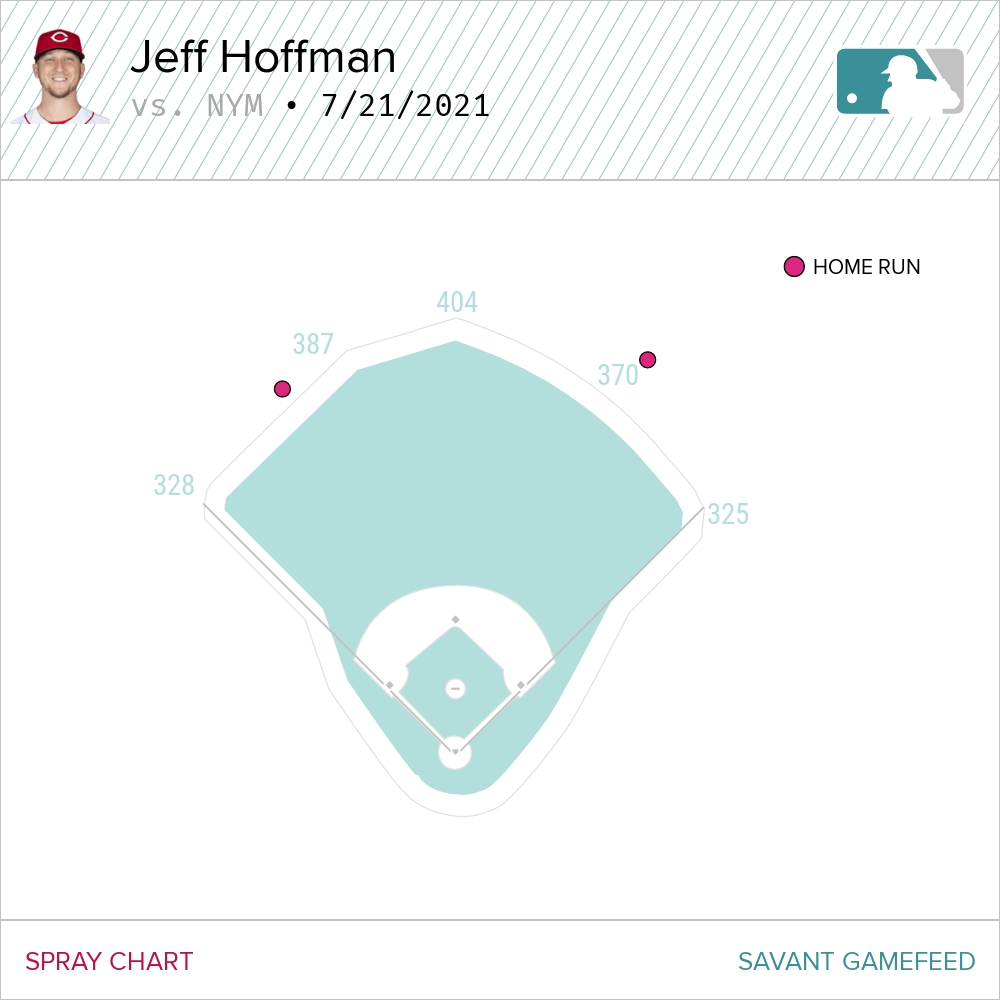 Tony Santillan came on in relief in the fifth, striking out Villar. After giving up a line-drive double to right-center field, Santillan missed up in the zone, and Luis Guillorme made him pay, parking the Mets’ third home run of the day (95.2 mph 391 feet) and pushing the lead to 7-0.

Sean Doolittle added an inning of scoreless relief in the sixth with one walk and a strikeout.

R.J. Alaniz retired four of the five batters he faced in the seventh and beginning of the eighth.

Edgar Garcia spelled Alaniz with one out in the eighth retiring the heart of the order, only issuing a walk to Smith. Garcia came back out in the ninth, retiring the Mets in order.

The Reds have tomorrow off before the Cardinals come to town for a three-game series beginning with an evening game Friday at Great American Ball Park. First pitch is at 7:10 p.m. EST as Tyler Mahle faces off against Wade Leblanc.