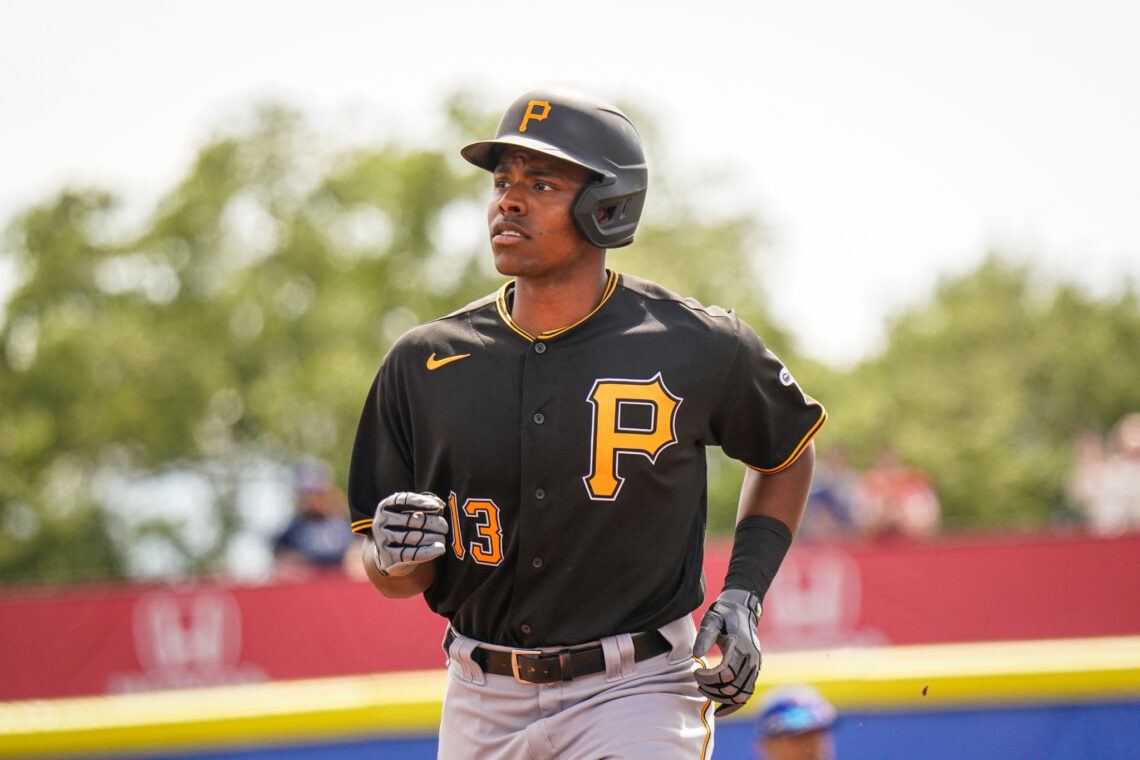 A little over a year ago, I wrote an article describing the 2021 outlook for the Pittsburgh Pirates. In that article, I cracked a few jokes at the expense of Pittsburgh, pointing out that as frustrating as it was to cheer for the Reds, at least we weren’t Pirates fans. I must have angered the baseball gods.

In the immortal words of the great Michael Scott, “My my, how the turntables.”

It’s incredible to think that, as of right now, the Pirates are closer to first place in the NL Central than the Reds are to catching the Pirates. As tonight begins a four game series against the Bucs, fans can only hope that the Queen City will be spared additional humiliation.

The Pirates did not play will in 2021, finishing with an abysmal 61-101 record. Grinding through a brutal rebuild, this was Pittsburgh’s third straight losing season and found them landing last place in the NL Central. The key theme for their 2021 season was inconsistency. The Pirates were consistently inconsistent in performance and even every day players-setting a franchise record for players used in the season. In spite of an overall rough season, the Pirates actually played fairly well in the final month of the season, posting a 13-12 record.

With a strong farm system and several key players emerging on the Major League roster, Pirates fans have reason to be optimistic about their future.

Overall, the Pirates did not make many major moves and the returning team should look familiar to Reds fans. It is interesting to see that Connor Overton, who is about to make his second start for the Reds, became a free agent after refusing a minor league assignment from the Pirates.

On a personal note, I’ll be excited to watch Yoshitomo Tsutsugo. I used to live in Tokyo, Japan, so I love watching NPB players join the MLB. While Tsutsugo was a disappointment overall in his time with the Rays, he actually played fairly well in a limited sample size with the Pirates, posting a 136 OPS+ across 144 plate appearances. 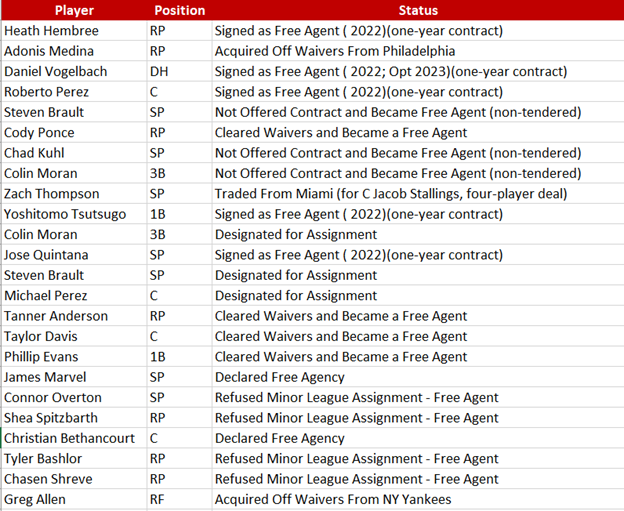 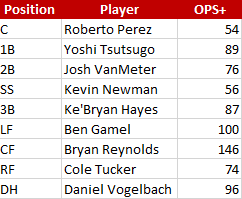 Overall, the Pirates offense is not one to be to scared of. With that said, there are still several players to watch out for. For example, in spite of posting an OPS+ of 87, Ke’Bryan Hayes looks to be a potential future superstar for Pittsburgh. Check out his Baseball Savant profile. 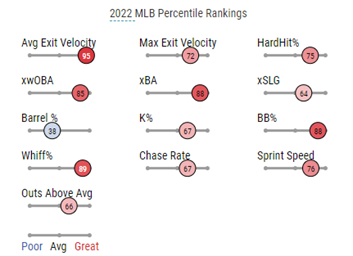 That’s a whole lot of red. With the Pirates inking him to a long-term contract over the offseason, it’s likely that Hayes will be a Reds-Killer for years to come.

It’s pretty obvious to see where the Pirates are going to struggle this season. Four of their five main starting pitchers posted below average seasons last year, and while Zach Thompson had success, it was in a fairly limited sample size, and regression can be expected to occur. The biggest disappointment has been Mitch Keller. The once highly touted prospect has yet to put it all together at the Major League level. As the Pirates continue to rebuild, improving starting pitching will be critical to their success.

For Reds fans, the key story with the Pirates will be the continued development of their young stars. Ke’Bryan Hayes looks to be a perennial All-Star in the making. Bryan Reynolds looks to build on a strong 2021 season. The Pirates farm system is loaded. They’re likely not going to make the playoffs, but this season can be used to set the table for future success.

In spite of the emerging talent on the roster, the Pirates should be in for another rough season. If it weren’t for the horrendous start that Cincinnati’s gotten off to, I’d actually expect Pittsburgh to be last place in the NL Central. With that said, there’s a lot for Pirates fans to be excited about, and with several stars emerging and a loaded farm system, Pittsburgh should use this year to set the table for several competitive years to come.

And Pirates fans, if you’re upset with your team, don’t worry. It could always be worse.

You could be Reds fans.