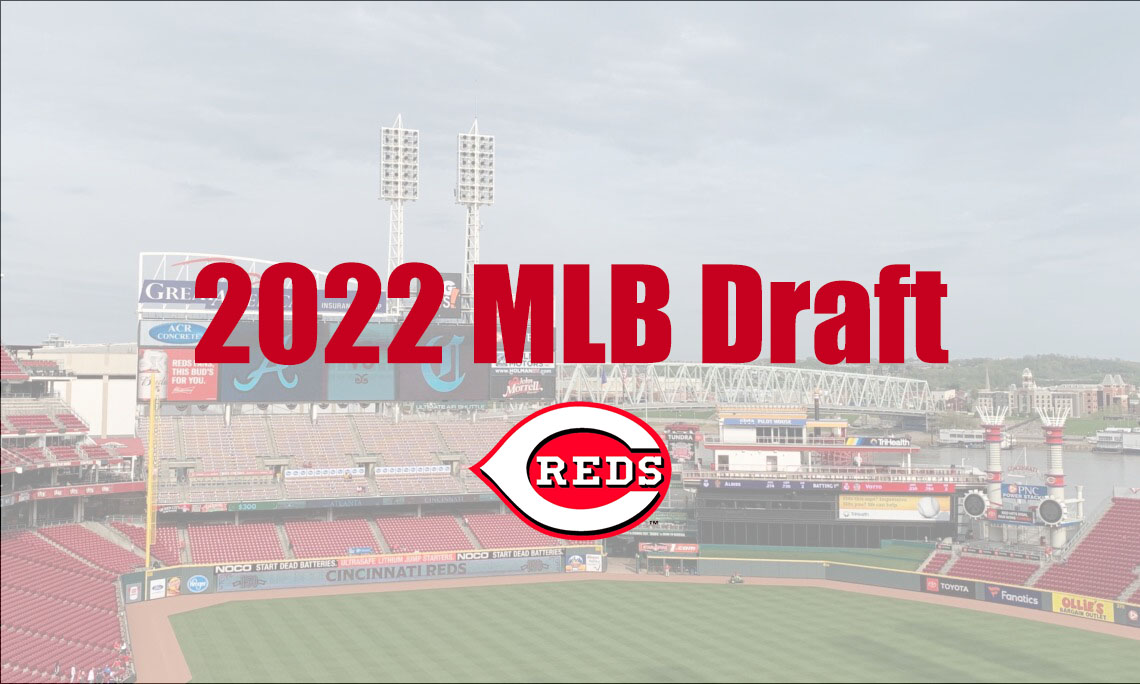 The Reds had three picks in the first two rounds of the 2022 MLB Draft. Here’s what to know about each selection.

The team’s first pick of the night was Cam Collier, a third baseman out of Chipola Junior College. Don’t let the “college” fool you about his age, though. Collier is one of the youngest players in the draft at 17 years old. He won’t turn 18 until November 20. A lefty hitter who currently stands at 6-foot-2 and 210 pounds, Collier graduated from high school early — after his sophomore year — and played spring baseball in junior college during the 2022 season. He was originally expected to be eligible for the 2023 draft before he reclassified. Chipola JC has produced several notable MLB players over the years, including Jose Bautista, Russell Martin, and Patrick Corbin.

Collier was ranked as one of the top-10 players in the draft by basically every outlet — including MLB Pipeline (#8), Baseball America (#7), The Athletic (#2), FanGraphs (#9), and CBS Sports (#6). He’s currently committed to play for the University of Louisville. The consensus seems to be that he fell out of the top 10 due to signability concerns, but working in the Reds’ favor is that they have the seventh-highest bonus pool ($10,794,100) in this year’s draft. The slot value for the 18th overall pick is $3,657,900, and the Reds will likely have to go over that amount to sign Collier.

UPDATE: Eric Longenhagen of FanGraphs is reporting that Collier is expected to get a signing bonus of around $5 million, well over the slot value for the 18th overall pick.

Collier has plus contact ability and has already shown above-average power for his age. Facing older competition, Collier .333/.419/.537 with eight home runs in 215 plate appearances with Chipola JC this season. In addition to showing some pop, he also demonstrated a strong approach at the plate for his age with an 11.6% walk rate.

This summer, Collier played in the Cape Cod League, a wooden-bat league considered the premier summer league for collegiate players. He was the second-youngest player to ever appear in the league and 3.4 years younger than the average player. Unsurprisingly, he hit some speed bumps playing in that league against older players, hitting .217/.379/.217 in just 29 plate appearances.

Defensively, scouting reports tend to feel he’ll stick at third base in the long run, particularly due to his outstanding throwing arm. First base could be in play down the line, too. Collier also has pitching experience (hence, the strong throwing arm) but will focus on third base as a professional.

Given his top-10 ranking in this year’s draft, Collier certainly feels like the potential steal of the draft as long as he signs. It seems unlikely that the Reds would’ve drafted Collier if they felt they couldn’t sign him.

Here’s what various outlets and writers have to say about Collier:

Stewart attended the same Miami high school as Alex Rodriguez, where he hit an eye-popping .488/.616/.992 with 26 home runs in 338 career plate appearances. While he has demonstrated above-average contact ability, power is his major appeal. Braves all-star third baseman Austin Riley is a comparison who appears in multiple scouting reports. He has also shown a strong eye at the plate with a 22.7% walk rate across all four years of high school.

As a below-average runner, Stewart could wind up as a first baseman in the long run, but he has above-average defensive grades at the hot corner.

The slot value for the 32nd overall pick is $2,371,800, and the Reds likely feel Stewart will sign for that amount, or perhaps less, after taking a likely above-slot player with their first pick in the draft. Stewart was ranked as more of an end-of-second-round or third-round pick in draft rankings. On the high end, Baseball America had Stewart at #58; FanGraphs had him at #75.

Here’s what various outlets and writers have to say about Stewart:

The Reds’ second-round pick saw them select their first college player, catcher Logan Tanner. It’s the second year in a row that the Reds have selected a catcher on day one after selecting Mat Nelson with supplemental first-round pick in 2021. A three-year standout at Mississippi State, the 21-year-old Tanner has the potential to be an outstanding defensive catcher, already boasting an elite arm.

While Nelson was an offense-first catcher, Tanner is the opposite — the bat is a clear step behind his defense. Tanner is a mediocre contact hitter and has some power from the right side of the plate, but his ISO dropped from .238 in his sophomore season to .140 in his junior year. He showed good plate discipline in his college career (13.6 BB%), although his walk and strikeout rates went slightly in the wrong direction in his junior season. Overall, he hit .285/.385/.476 in 582 plate appearances across his three years as a Bulldog. Mike Zunino was the comparison thrown around on the MLB Network draft broadcast.

The Athletic rated Tanner as the #37 overall draft prospect, his highest ranking; on the low end, FanGraphs ranked him at #78.

The slot value for the 55th overall pick is $1,373,300. As a college player, Tanner could be another strong candidate to sign for less than slot value.

Here’s what various outlets and writers have to say about Tanner:

The final pick of the night, a second-round supplemental selection, was outfielder Justin Boyd. The 21-year-old bats and throws right-handed and stands six feet, 200 pounds.

Boyd didn’t become a full-time player until his final season at Oregon State. He blossomed as the everyday right fielder, hitting .373/.490/.577 in 308 plate appearances. Boyd came into the 2022 season with zero home runs at Oregon State and hit a career-best nine dingers with the Beavers. However, he shows more gap power than over-the-fence power. With above-average speed, there’s a chance Boyd becomes a center fielder in professional baseball. He also played third base early in his college career. In many respects, Boyd seems to profile as a right-handed T.J. Friedl.

The slot value for the 73rd overall pick is $900,900, and Boyd will likely sign for less that amount, allowing the Reds to free up more money for Collier. Boyd’s highest rank came from Baseball America at #133; he was unranked by The Athletic and FanGraphs.