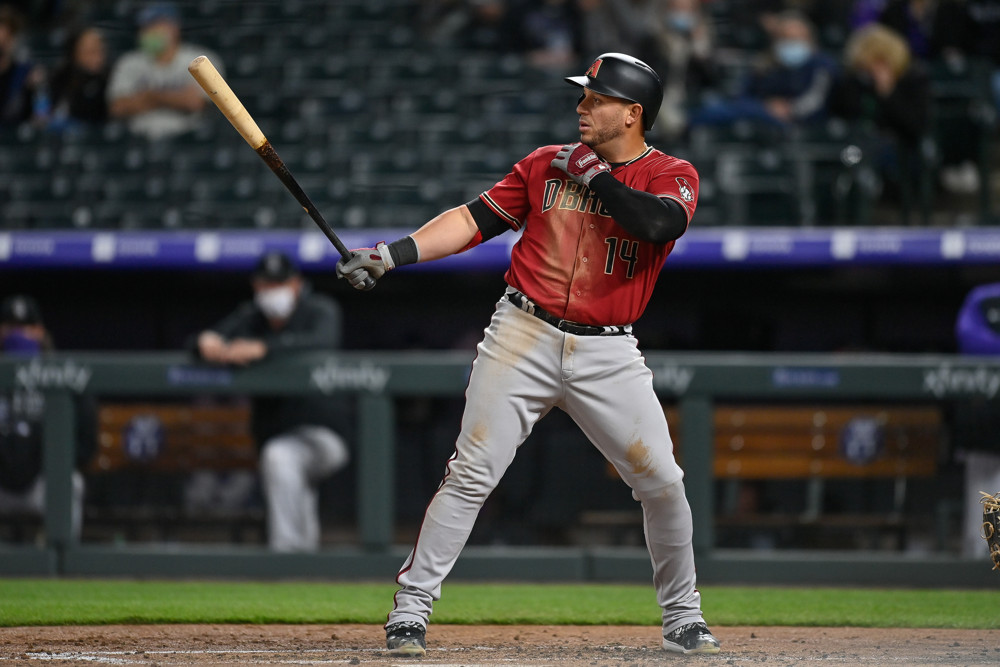 The Reds claimed third baseman Asdrúbal Cabrera off waivers from the Diamondbacks on Friday. He’ll join the club in Miami today, and the team will presumably announce a corresponding active roster move at that time. The 40-man roster had three open spots available, so the Reds won’t need to designate a player for assignment to make room for Cabrera.

Per manager David Bell, Cabrera will be a part of the Reds’ bench.

Cabrera will mainly play in the corners off the bench.

After debuting at 21 years old and spending the first seven-and-a-half years of his career in Cleveland, Cabrera has bounced around for the better part of the last decade. He was traded to the Nationals before the deadline in 2014 and has since played with the Rays, Mets, Phillies, Rangers, and back to the Nationals. Cabrera signed a one-year, $1.75 million with the Diamondbacks just before spring training in February.

The 35-year-old Cabrera played second base and shortstop for most of his career, but he’s a corner infielder at this point. The last two seasons, he’s appeared for only one inning at shortstop. Aside from a cameo as a pitcher during a blowout, the rest of his time has been spent at first or third base. Third base was his primary position with the Diamondbacks, as he appeared in 62 games there. Cabrera is mediocre to slightly below average at third base, depending on your metric of choice. He’s a bit above average per defensive runs saved (1) and below average according to ultimate zone rating (-1.1) and outs above average (-2).

He also gives the Reds some postseason experience, for whatever it’s worth. Cabrera won the 2019 World Series with the Nationals and has appeared in the playoffs five times throughout his career.

One area where Cabrera has improved as he’s aged, however, is with his willingness to take walks. While his career walk rate is a pedestrian 8.0%, he’s topped that mark in each of the last three seasons and four of the last five. In 2019, he set a career high with an 11.1% walk rate, and he’s not far behind that mark in 2021 (10.3%).

Perhaps the biggest allure Cabrera brought to the Reds front office was his performance against left-handed pitchers. He has fairly even platoon splits for his career, but he’s been a better hitter against southpaws the last two seasons.

Some of the difference shows up in batting average on balls in play, which figures to even out over time. Cabrera has simply seen more batted balls fall in for hits against southpaws (.322) than righties (.266). But he has also legitimately made better contact against lefties the last two years.

Even if the expected numbers aren’t glamorous, Cabrera has still outperformed Eugenio Suárez and Mike Moustakas against left-handed pitching this season.

Bottom line: Cabrera probably isn’t going to be a world-beater against lefties, but he’s been better than Suárez and Moustakas. Unless Suárez suddenly starts hitting left-handers like he has in his career prior to 2021, Cabrera is probably going to draw starts at third base against left-handed starters for the last month of the season and potentially (fingers crossed) into the playoffs.

Why left-handed pitching is the Reds’ kryptonite – Reds Content Plus

[…] Reds have since added Asdrúbal Cabrera via waivers, who has hit lefties well the last two seasons but has below-average expected […]

Reds September Roster Expansion: Who Should Get the Call Up? – Reds Content Plus

[…] shortstop who can also play 3B and 2B. He was recently optioned back to AAA when the Reds signed Asdrubal Cabrera, meaning Barrero has to stay in Louisville for at least 10 days, barring an injury or other absence […]