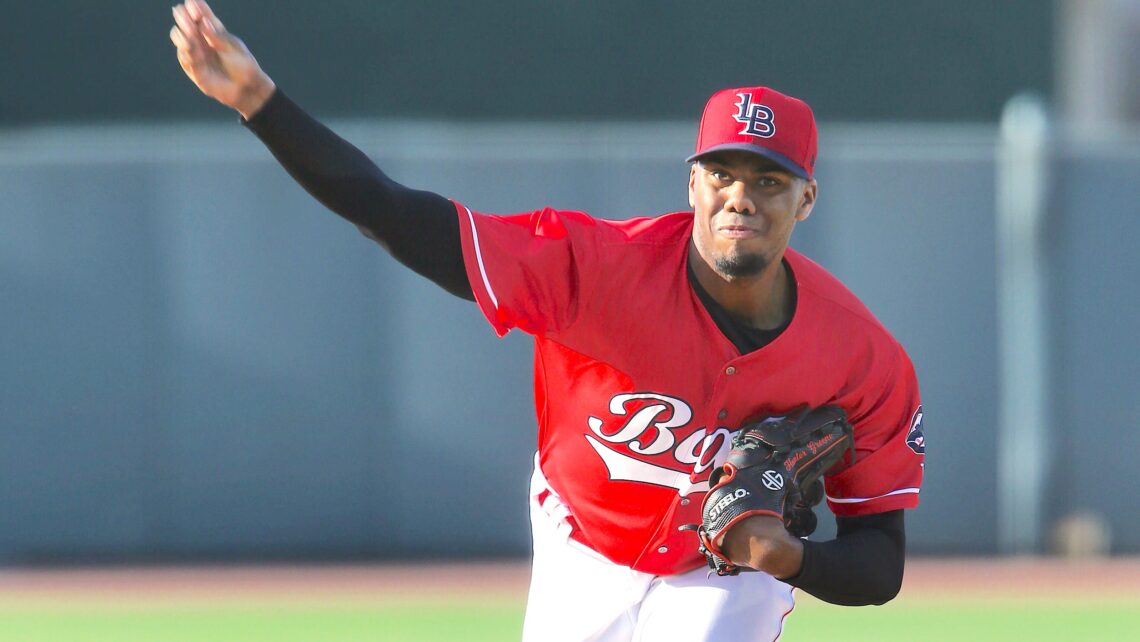 Major League rosters will expand from 26 to 28 active players Wednesday, giving the Reds the ability to call up two additional players. The Reds are carrying 13 position players and 13 pitchers (5 starters, 8 relievers). All-star outfielder Jesse Winker is likely still 2-3 weeks away from a return to the lineup as he recovers from an intercostal strain that has kept him on the IL since 8/16. Reliever Art Warren is set to begin a rehab stint at AAA Louisville this week and was effective this season (2.60 FIP, 36% K) in his 14.1 innings before straining his oblique.

Let’s look at minor league options the Reds can call up to the show while waiting for Winker and Warren to get healthy.

Nick Krall has previously stated a preference to carry nine relievers, so let’s take him at his word and see who can provide reinforcements to a Reds bullpen that has ranked 23rd in FIP (4.68) since the 7/30 trade deadline.

The first two names that come to mind for Reds fans are prized prospects Nick Lodolo and Hunter Greene. The Reds don’t have good left-handed relief options to turn to in higher leverage situations (Amir Garrett and Justin Wilson), so Lodolo would certainly fill a need at the major league level. However the 2019 first round pick is on the 7-day IL with a shoulder strain. And while he is eligible to come off by 9/1, it is unlikely the Reds will rush him to the majors afterwards.

Greene has started 11 games for AAA Louisville, posting a 3.78 ERA/3.83 xFIP in 52.1 innings a 1.98 ERA/2.86 xFIP in AA Chattanooga in 7 starts. His fastball velocity stays over 100 mph, which he could crank even higher if he’s only pitching 1 inning at a time. Greene also wouldn’t have to rely on his secondary pitches and could opt to throw his fastball and either his slider or changeup. The Reds may choose to prioritize his long term development as a starter and keep Greene at Louisville. But adding his power arm to the bullpen in September could prove extremely effective against opposing hitters who have never faced him.

If the Reds prefer not to change Greene’s schedule as a starter, they could call up 25-year-old reliever Dauri Moreta. Moreta has been dominant in AAA, having not allowed an earned run in 18.2 innings. Neither Greene nor Moreta is on the 40-man roster but the Reds do have an open spot as their 40-man currently sits at 38.

Let’s start by addressing the Reds 2016 first round pick, Nick Senzel. When Senzel finished his AAA rehab stint, he was expected to rejoin the major league ball club on 8/16, providing help in an outfield that just saw one of its All Stars head to the IL. Instead, he was optioned to AAA. After a few days of confusing comments by GM Nick Krall, he revealed that Senzel’s knee wasn’t ready. Senzel has yet to play in AAA, so unfortunately we assume he won’t be available to play any time soon.

The next choice should be a man they recently sent down to AAA on 8/28, Jose Barrero. Barrero is the top position player prospect in the organization and is an elite defensive shortstop who can also play 3B and 2B. He was recently optioned back to AAA when the Reds signed Asdrubal Cabrera, meaning Barrero has to stay in Louisville for at least 10 days, barring an injury or other absence on the major league roster. If Kyle Farmer goes on paternity leave soon as expected, Barrero could be called up for that time.

If Jose Barrero was an outfielder, this would be a no brainer. With Winker’s injury, there is a massive hole in the lineup occupied by Aristides Aquino and Shogo Akiyama. The Reds worked Barrero out in the outfield, but didn’t play him there. There would still be room for Barrero to give Farmer and India off days as they’re both nicked up with various minor injuries, as well as find regular at bats at 3B as well. Barrero is already on the 40 man roster, so no moves would have to be made in that respect.

If the Reds desperately feel they more than four outfielders with Winker on the mend, they could turn to another player already on the 40 man roster, Alex Blandino. Blandino has not hit well at AAA this year, but Aquino is currently in the midst of an 0 for 21 streak while Akiyama’s .530 OPS would be dead last in the major leagues if he had enough ABs to qualify. Blandino is an infielder by trade (only 8 career outfield innings) but is a true utility player – he has played every infield position for the Reds at some point over the last 3 seasons. Admittedly, the idea of calling up a career .630 OPS hitter isn’t as fun as Moreta/Greene, but Blandino would provide depth during a postseason push. Mike Moustakas left Saturday’s contest against the Marlins with right hip soreness and while he’s considered day-to-day, he hasn’t remained healthy during his tenure in Cincinnati.

Who Gets the Call?

The only question should be how much of Greene’s development plan as a starting pitcher should be sacrificed to come out of the bullpen for the last month of the season (and hopefully postseason, as well). If the Reds pitching brass are comfortable with Greene pitching in relief, he should be throwing 101 mph+ as soon as possible for a team in the heart of a playoff race. If it is determined he Greene needs to keep working as a starter, Moreta should be the one pitching in the big leagues. Similarly for Jose Barrero, he should be the one getting major league reps once he is eligible (10 days from 8/28).

The Reds have an opportunity to utilize major league ready pitching and position player prospects for a playoff race and should do so as soon as the rules allow them to on 9/1.

Nick (So)Lodolo could be the spark our boys need

I’m in favor of Moreta and Barrero. Let Greene a) continue as a starter and b) work through the learning to dominate curve at AAA. I know Barrero is very raw. But he’s a potential impact bat from the right side which the Reds desperately need. See article by Wilkes, Matt. And there’s no way he’s worse either defensively or at the plate than Suarez / Moustakas. The Reds SHOULD be playoff contenders in 2022. But they ARE in the playoff hunt right now. Why not field the best team possible?

I agree, although I support the decision to bring up Greene if Boddy/Johnson/Bell are all behind it. I have a hard time believing 101-102 for an inning won’t be effective. I suspect Barrero will eventually make it back up as well, since he’s already on the 40 man roster.

Boddy and DJ are key; is Hunter ready? – they have the insight to make a good call (if they are allowed to make it). 101 is no big deal for MLB hitters if it’s poorly located and there is no second pitch to keep them off it. Moreta has very good numbers and would seem to be better than some options that are currently occupying the BP.