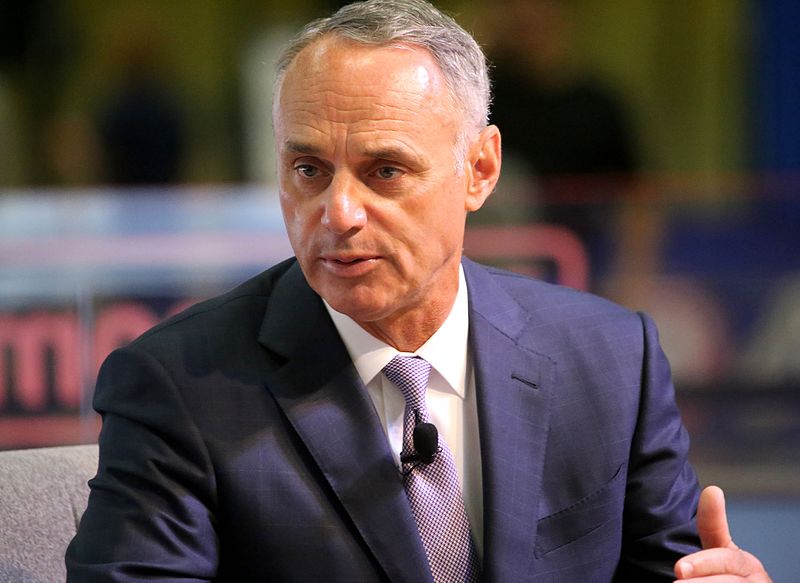 In a 33-5 vote by player representatives, the MLB Players Association has rejected the owners’ offer of a 60-game season.

Sources tell @JeffPassan and I players have voted against the league's latest proposal to play 60 games. The vote was 33-5 against.

Steve Mancuso outlined the latest proposal from the owners, which included an obligation for the players to waive any grievance against MLB, full pro-rated salaries, a universal DH, and expanded playoffs in 2020 and 2021. The players initially responded with a proposal for a 70-game schedule, but the owners rejected it and stated they were done negotiating. That forced the players to either accept the offer to play 60 games and lose their right to file a grievance or reject the offer and allow commissioner Rob Manfred to implement a schedule. Now that the players have chosen the latter option, what happens?

From a fan perspective, not much changes. Bob Nightengale reports that Manfred may implement the 60-game schedule, with Opening Day slated for July 29. Although the idea of a season between 48 and 54 was floated around in previous proposals, the reported 60-game schedule could make sense from MLB’s perspective because it may reduce the players’ chances of winning a grievance. Still, the owners’ blatant stalling and substandard proposals over the last several weeks mean a grievance is inevitable.

The bad news is that this ugly process has dragged out for so long that we’ll get about one-third of a normal season. Things will get uglier in both the short and long term. Players will file a grievance against MLB, claiming that the owners didn’t make good-faith efforts to play as many games as possible. Free agency could very well slow to a crawl as owners are reluctant to pay players. The CBA fight looms in the distance, as well.

For now, the March agreement will play out. Players will receive full pro-rated pay based on the number of games played. And within the next week, Manfred could finally implement a schedule. Nightengale reports that likely won’t happen for at least the next two days, however.

Given the recent increase in coronavirus cases around the country, there’s still doubt as to whether a season is played at all. If it does occur as scheduled, players will likely have the choice to opt out of playing if they or someone they live with is immunocompromised or otherwise at high risk of COVID-related complications.

If and when the last hurdles are cleared, the players would likely report to training camp in the coming weeks to prepare. Due to the shutdown of spring training facilities in Florida and Arizona, Manfred says the earliest the players will report is June 29.

The expanded playoffs, and offseason Home Run Derby and All-Star Game —  ideas floated around in proposals — now seem to be off the table.

Multiple reports (Passan, Rosenthal) have confirmed that MLB plans to implement a 60-game season and the owners have agreed to it, pending approval from the players union on a training camp report date of July 1 and the health and safety protocols. MLB is asking the players to respond by 5 p.m. on Tuesday.

Currently, there are conflicting reports on whether the universal DH will be implemented.

To limit travel, teams will play teams within their own division and the same geographic division in the other league.

That means that in addition to playing the Brewers, Cardinals, Cubs, and Pirates, the other teams the Reds are set to play will be the Indians, Royals, Twins, Tigers, and White Sox.

According to ESPN’s Jeff Passan, it’s expected that the players will vote to approve the July 1 report date for training camp and a start date around July 24.

Based on conversations with a number of players, there is a strong expectation the MLBPA will vote yes on MLB's proposed July 1 report date, codify the health-and-safety protocol (with some slight tweaks) and lock in a 60-game season that begins around July 24, sources tell ESPN.

It seems the universal DH will be used in 2020 but not 2021, pending the approval of the health and safety protocols.

Word is owners are indeed ready to allow the universal DH this season for preserving player health but not in 2021. That assumes the sides sign off on all health/safety protocols.

The league will also implement the rule mandating that a runner start on second base during extra innings. The league has seemingly been interested in this rule change for a while — and it’s been tested in the minor leagues — but it will only apply this year. Due to the short training camp and tight schedule (60 games in 66 days), MLB wants to avoid long extra-inning games.

Also this year the MLB plan is to use the Minor League rule with the runner on second to expedite extra-inning games ending, since the spring will be short, the schedule will be tight and there’s a desire to avoid 15-inning games and longer.

Three days before spring training, teams must submit list of up to 60 players (entire 40-man roster plus add-ons) that will be eligible to play during season. If players don't make Opening Day roster, they'll go on taxi squad. https://t.co/dqeS1rVdpX

10-day IL for pitchers and position players, and the 60-day IL likely becomes the 45-day IL.

We’ll update this post with more news as it is reported.

If the owners mandate a reporting date and schedule of 60 or less games… But covid interferes and core players are in isolation and they shut it down because the integrity of the game is lost in August, the players get paid the 60.full games? Why would the owners sign up for a lost season at this juncture? I don’t see any credibility going forward.

The pro-rata structure would mean the players only get paid for the games actually played. They were also paid a $170 million advance in April and May.

But if games get played with lots of taxi squads and core players are in isolation and the Reds can’t play with their best 25 or 28 or 30……. Why would the owners risk guaranteeing DL stints for highly paid players who don’t play….and only 5 playoff teams per league?

Because even if they’re forced to pay high-earning players on the injured list, there’s still a lot of money to be made with the TV deals, streaming services, in-game advertisements, etc. Not to mention they just signed big postseason TV deal with Turner. That being said, COVID is still a very real threat to ruin the season.

So, the whole point of filing the grievance is to make the owners defend economic losses, i.e. open the books, with an eye toward the next CBA negotiations. If the players win the grievance, all the better, but isn’t just about getting specifics about the owners MLB profits?

Yeah, I think that’s a huge part of it if information about owner profits comes out in arbitration hearings. Could give the players leverage heading into the CBA negotiations. Not sure the players have a great shot to actually win the grievance at this point.