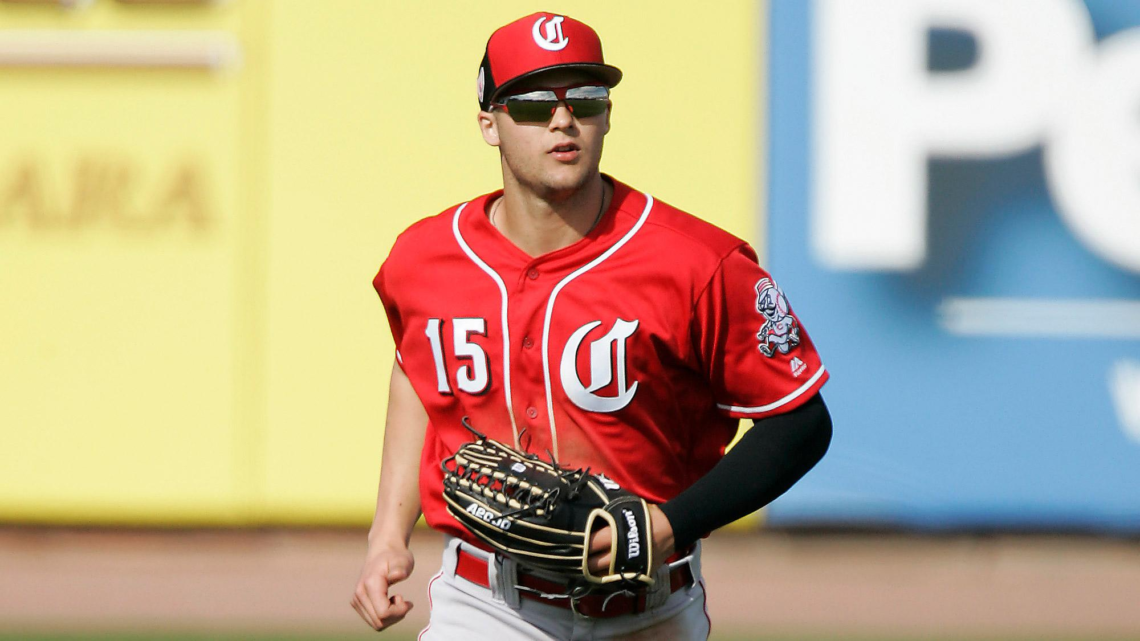 The Reds have been tied to Cleveland shortstop Amed Rosario as a potential trade target in recent weeks. Our Matt Wilkes wrote an in-depth scouting report on Rosario a few days ago. On a podcast yesterday, beat writer Paul Hoynes mentioned that it seems like Cleveland will hold on to Rosario.

However, Hoynes also brought up the fact that Cleveland has long coveted Nick Senzel. While he noted that they’d likely need to give up “a whole lot more than Amed Rosario.” For those interested in listening to the whole clip, it begins around the 19:00 mark of the video.

Are the Reds the only potential suitors left for an Amed Rosario trade with Cleveland? (podcast) https://t.co/pPdIul5Grl

Given Cleveland’s alleged desire for Senzel, is it possible the two teams could reach such a deal?

The Reds could consider it, as they are now desperate for a shortstop with no remaining free agent options. As Hoynes mentioned in the podcast, the Reds would have to get more than just Rosario for it to make sense.

What would the Reds need back from Cleveland in addition to Amed Rosario to be willing to part with Nick Senzel?

On the MLB side, the Reds could have particular interest in Triston McKenzie, Zach Plesac, or Aaron Civale, all young starting pitchers with major league experience. It’s unclear whether Cleveland would be willing to trade any of them, and even less clear if Senzel would be enough to land one of them plus Rosario. It’s possible the Reds would need to add to the package, particularly if acquiring McKenzie or Plesac.

Cal Quantrill is also an intriguing option for the Reds to pursue, as he too is a former top prospect with MLB experience. It’s not clear if his long term future is in the bullpen or the rotation, so that leaves a slight question mark around his value.

On the offensive side, two players stand out as making sense for the Reds: Bradley Zimmer and Jordan Luplow. Zimmer has not provided much with the bat at the MLB level, but is also a former top prospect who the Reds may choose to buy low on. Zimmer is a center fielder, and acquiring a potential MLB replacement for Senzel to complement Akiyama could hold some value.

Luplow would be the perfect platoon partner for Jesse Winker, who similarly crushes RHP. Given the construction of the Reds’ roster, Luplow wouldn’t need to see much, if any, time against RHP, maximizing his output. Perhaps Cleveland would ask for Aristides Aquino back in order to move Luplow, though even if they did, that move would make sense from the Reds’ perspective.

On the minor league side of things, Cleveland has plenty of intriguing prospects they could include with a Rosario to entice the Reds to move Senzel. Third baseman Nolan Jones is likely untouchable in such a deal and not a particularly great fit for the Reds in any case. Shortstop Tyler Freeman, along with the aforementioned McKenzie, are the other top 100 prospects in Cleveland’s system as ranked by MLB Pipeline.

One particular name I’d have my eye on is Joey Cantillo, a LHP acquired as part of the Mike Clevinger trade. Though he lacks the upside of many pitching prospects, causing him to be ranked lower in prospect lists, he has a high floor and projects as a back-end starter. It’s possible the Reds could get them to include Cantillo as a third piece behind Rosario and another MLB piece or higher rated prospect.

Well researched and thought out article. Without a trade of Senzel, Senzel is the main key to this team surprising to the upside. I still believe he can break out and be a + CF or 2b or 3b.

That being said, if they can extract enough from the indians in a deal that maybe even improves the team or makes it more probable the team makes the playoffs; I would trade him. Nick Kirby (I hope he doesn’t mind me adding this) just put on twitter a trade I like from the players you mention here: Senzi and Lorenzen for Karinchak, Rosario & Luplow.

The Indians are not trading James Karinchak. He will likely be the Indians closer.