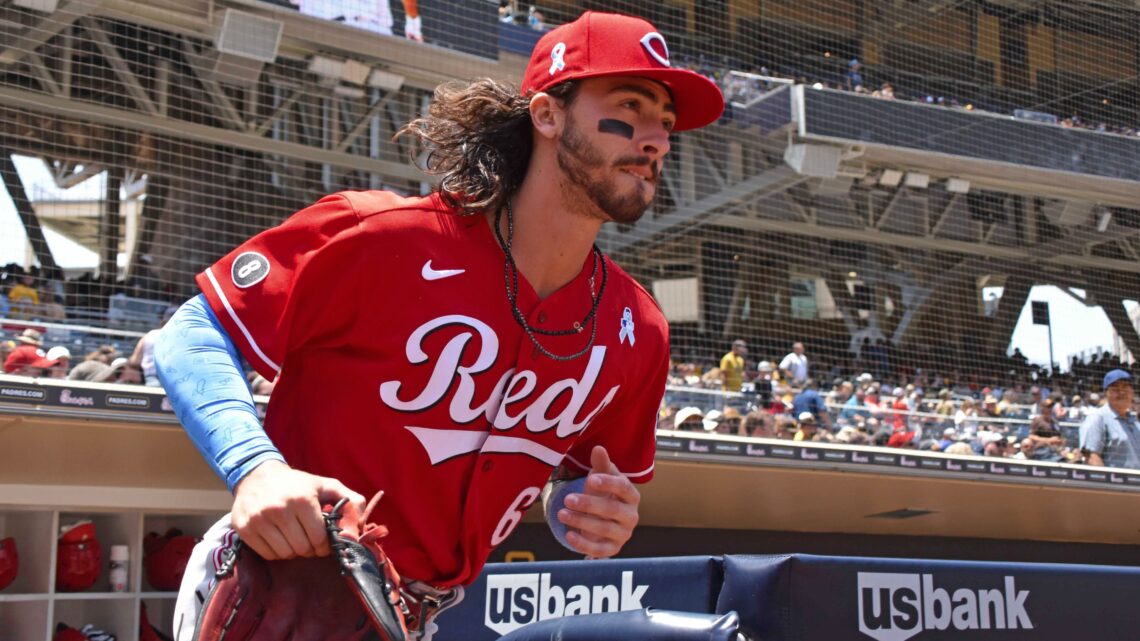 The Reds fell to the Twins 7-5 in a 12-inning game. After falling behind early, the Reds tied the game before taking a lead in extras. They again relinquished the lead, first to return to a tie game, and two innings later surrendered the lead for good.

After Tyler Mahle pitched just four innings, the bullpen was tasked with keeping the Reds in the game. They did their job through the scheduled distance, allowing no runs in the first five innings of work. As a whole, the bullpen pitched well, but Heath Hembree and Sean Doolittle would both allow key runs that would lead to the Reds’ downfall.

The Reds had their first batter reach in each of the first four innings, but were unable to score until the fourth try.

Jonathan India singled to lead off the game for the Reds, but they were unable to get on the board in the first. Notably, Jesse Winker was retired on a fly out that had a 110.2 mph exit velocity, his fifth hardest hit ball of 2021. That fly out also had an 83% hit probability, and was the hardest hit out the Reds have had this season.

The Reds had a pair of baserunners in the second on a Joey Votto infield single and Eugenio Suárez walk.

India drew a walk to lead off the third, but was erased on a double play by Winker.

Tyler Stephenson added a leadoff walk of his own in the fourth. Two batters later, Suárez put the Reds on the board by launching a fastball into the left field seats. Aristides Aquino followed with a home run of his own to tie the game at 3. Aquino now has 4 HR in 28 PA (7.0 PA/HR), a rate better than his 2019 season (11.8 PA/HR), though small sample size caveats apply. Kyle Farmer followed with a walk, but was left stranded.

The Reds did not get the leadoff batter on base in the fifth for the first time in the game. Stephenson did reach via walk later in the inning. Votto followed with an opposite field single to move Stephenson to second. After a pitching change, Suárez lined out to end the inning and the scoring threat.

The Reds were retired in order for the first time in the sixth inning.

India led off the seventh inning with another single, his second of the game. He would later get picked off first base to end the inning.

Suárez singled with two outs in the eighth, his third time reaching base.

Shogo Akiyama pinch hit for Scott Heineman in the ninth inning, singling against a LHP. India followed with a single, but was thrown out at second base as he slid past the bag. Shogo moved to third on the play, but was left stranded there.

The Reds were unable to move their “ghost runner” in the 11th inning. In their 14 extra innings this season, this was just the second time they had failed to score.

In the 12th, Freeman moved the “ghost runner” to third with a groundout. Then, Castellanos was intentionally walked to get to Stephenson, who would strike out. Votto would then draw a walk to load the bases. The Reds would leave the bases loaded.

Tyler Mahle’s start was derailed by one rough inning. If you remove that one poor inning, Mahle was fantastic, striking out six while walking one, hitting one, and allowing one hit. However, the overall stat line wasn’t as pretty.

Mahle pitched a clean first inning, striking out one.

The second inning went decidedly worse for Mahle. The ageless Nelson Cruz led off the second inning with a solo home run on a poorly located fastball over the heart of the plate. Each of the next four hitters reached, two by singles and two via walks. The second single drove in the Twins’ second run of the game. Mahle rebounded to strike out Andrelton Simmons on a fastball above his eyes and got a foul out for the second out of the inning.

Mahle then allowed an infield single to Byron Buxton to bring in a third run before getting a strikeout to end the inning.

Mahle issued a leadoff walk in the third but promptly struck out the next three batters he faced to end the inning.

In the fourth, Mahle allowed a single and hit a batter with a pitch, but did not allow a run. He struck out two in the inning.

Mahle would not come back out for the fifth, having thrown 93 pitches in his four innings of work. He allowed three runs on five hits, with three walks and eight strikeouts.

Josh Osich made his Reds debut in the fifth, allowing a single but otherwise pitching a clean inning. He remained in the game to pitch the sixth, again allowing just a single. Osich stayed in to begin the seventh as well, retiring the only batter he faced. He struck out one across his 2 1/3 innings of work.

Brad Brach relieved Osich, finishing the seventh. A two-out walk was the only baserunner he allowed. Brach has quietly been solid in his small sample of work this year, with advanced metrics backing up that success.

Art Warren came in for the eighth inning. He allowed a bloop single to Alex Kiriloff, who proceeded to take second base on a strange play where the Reds believed a time out had been called.

Kirilloff hit a single then stole second after realizing no one was paying attention. pic.twitter.com/L1Q1WSymvk

Warren walked the next batter. Simmons then put down a sacrifice bunt to advance the runners to second and third. David Bell then went to his bullpen, bringing in Amir Garrett to attempt to finish the inning.

Garrett struck out Luis Arraez, whose 10.3% walk rate this season is in the 99th percentile of the league. The Reds then intentionally walked pinch hitter Josh Donaldson to load the bases and bring up the left-handed hitting Trevor Larnach. Interestingly, the Twins pinch ran for Donaldson with Miguel Sanó, another player with well below average speed. It wouldn’t end up mattering, as Garrett retired Larnach on a groundout back to the mound.

Lucas Sims came in for the ninth. He allowed back-to-back singles with one out, and the Reds then intentionally walked Kiriloff to load the bases. The Reds opted for the five-man infield, bringing in Castellanos from right field. After not getting the call on a close 2-2 pitch, Sims struck out Ryan Jeffers looking. 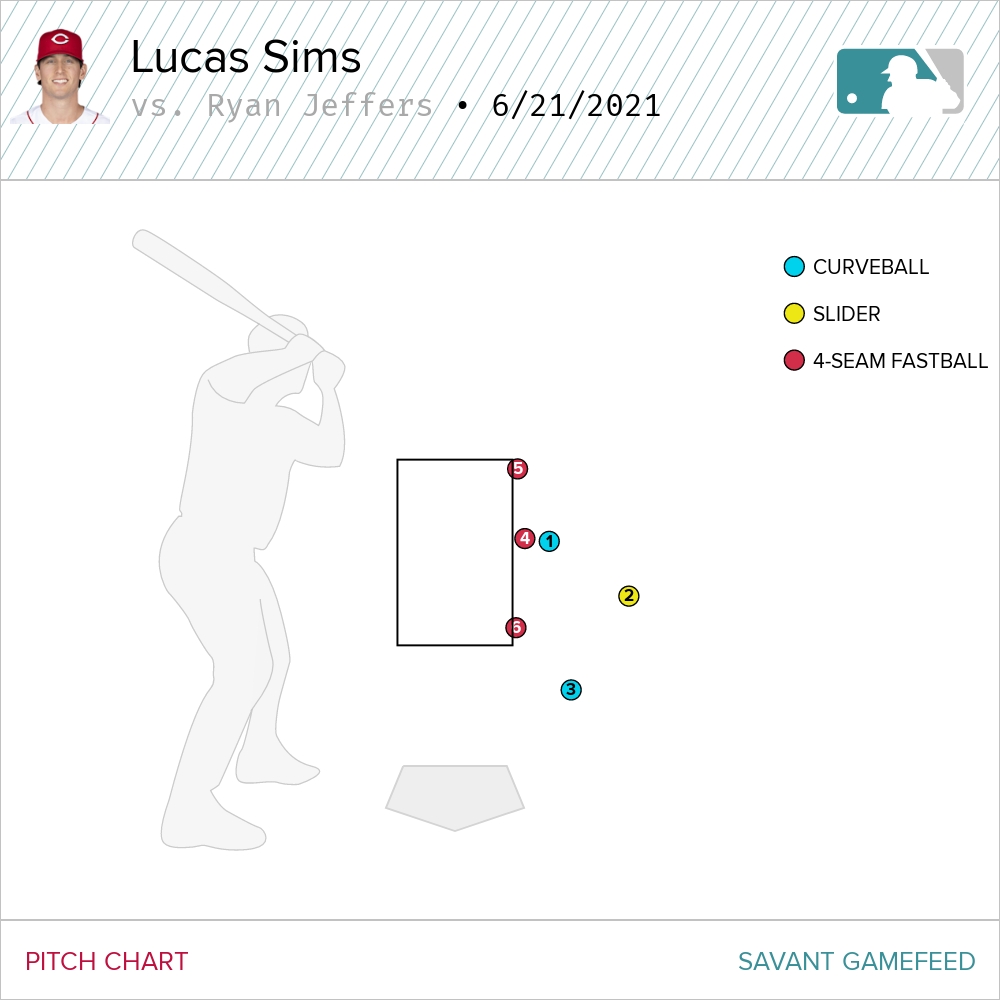 Sims then got a force out to end the inning and send the game to extras.

Sean Doolittle came on to pitch the tenth and attempt to close out the game. He allowed a leadoff double, allowing the “ghost runner” to score and making it a 5-4 game. The next batter singled, moving the tying run to third with no outs. The next batter hit a sacrifice fly to again tie the game.

Bell then brought in Ryan Hendrix to attempt to keep the game tied. Hendrix did his job, retiring the two batters he faced, including a strikeout.

Hendrix stayed in to pitch the 11th. He retired the first batter he faced before issuing an intentional walk. Hendrix struck out the next batter before getting a flyout to end the inning.

Heath Hembree came on to pitch the 12th, the last reliever remaining in the Reds’ bullpen. He retired the first batter he faced, but the “ghost runner” was able to advance to third on the groundout. Once again, the Reds went to the five-man infield. It wouldn’t end up mattering, as Miguel Sanó launched a home run to walk off.

The Reds face off with the Twins again in an afternoon game at Target Field. First pitch is at 1:10 p.m. EST as Wade Miley faces off against rookie Bailey Ober.

The Reds need to reign in India’s base running a bit. His second out on the bases may have cost the Reds the game.

I just looked at India’s minor league stats and his success rate was 74%, pretty much like Nick Senzel. My guess is that the expected return of having these guys run on their own is negative. The Reds obviously do not excel in terms of team speed/base running, defense and relief pitching. Thank goodness we are not in the National League West.

Based on opinion and what I have seen so far, my report card on the Reds’ ability to win the division:

*The Reds would be right at the top with the Cubs and Milwaukee if they could have held the lead in only 4 games. I think they have blown the lead in more games but to be fair that happens to all teams. Yet a difference of 4 games would put them in, or tied for, first place!

The team needs to get healthy and play smarter which is possible.
Only better players will help with the bullpen.
There, my opinion, worth what you are paying for it.