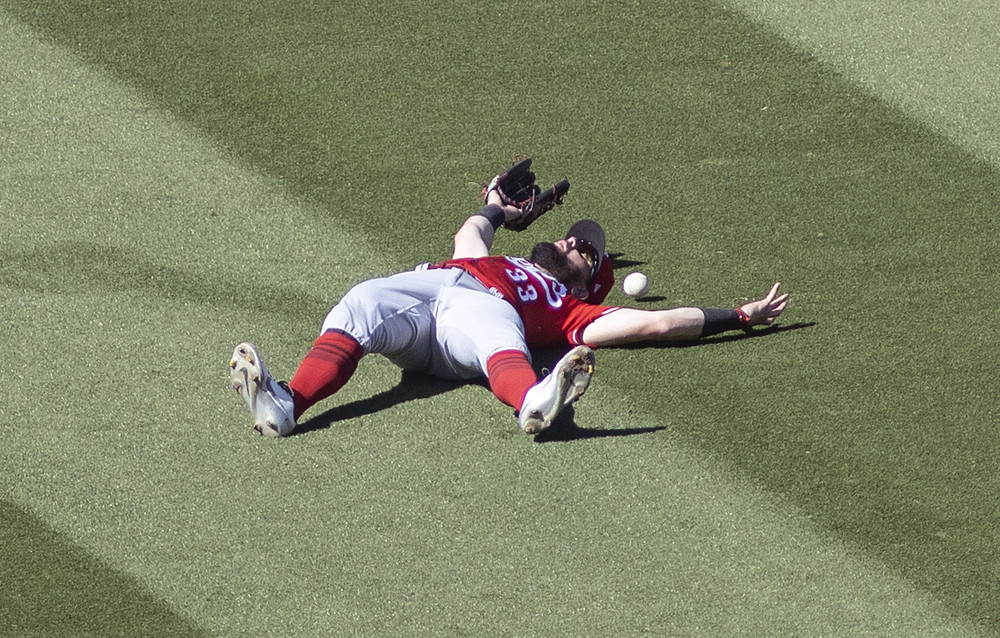 As the Reds arrived in San Diego, they were riding high, winners of six in a row and 13 of their last 16. While the result was not ideal in game one of the four game weekend series, there was no lack of excitement.

Wade Miley and Joe Musgrove were stellar on Thursday night, as both offenses struggled to get anything off either starter. To the dismay of Reds’ fans, the bullpen was the ultimate downfall.

After an incredible comeback in the ninth inning, capped off by a go-ahead two-run shot from Jonathan India, Ryan Hendrix and Amir Garrett were unable to secure the Reds seventh straight victory, as the Padres walked it off with a 6-4 win.

Coming off two games in Milwaukee where they did just enough to win, the Reds offense was looking for a better showing against Padres’ starter Joe Musgrove, who entered Thursday with an impressive 3.04 FIP.

Musgrove worked through the first inning quickly after Jonathan India reached on a infield single with an xBA of .080. India was wiped off the bases when Jesse Winker grounded into a 1-6 double play where Eric Hosmer stepped on first and made an impressive throw to Fernando Tatis Jr, who tagged out India.

The Reds threatened in the second, as Joey Votto walked and Tucker Barnhart beat the shift with a bunt down the third base line. After a two out walk to Kyle Farmer, Musgrove faced Wade Miley with the bases loaded. Miley made good contact (101.5 MPH exit velo), but grounded right back to Musgrove to end the inning.

Innings three through six were fairly easy work for Musgrove, as he allowed just one baserunner in each of the third and the fourth (Castellanos single, Barnhart walk) before retiring the side in order in the fifth. Votto reached for a second time with a two-out single in the sixth, but Musgrove locked up Suarez with a slider to get a strikeout looking.

Barnhart led off the seventh inning with a groundball into the shift, where Manny Machado made an incredible play in deep right field to rob him of a hit. It had an xBA of .930, making it the unluckiest out of the night for the Reds. After getting two more quick outs from Farmer and Miley, Musgrove had worked seven shutout innings, allowing just four Reds’ hits.

Emilio Pagan entered in the eighth to replace Musgrove and face the top of the Reds’ lineup. He struck out India on a full count, then allowed a double to Winker, who’s 80.8 MPH fly ball looped into the right field corner. With one out, Castellanos swung at the first pitch and flied out to right field. Tyler Naquin scorched a ground ball right at Hosmer (101.2 MPH) that ended the threat.

Fighting to extend the game, the Reds would face closer Mark Melancon in the ninth. Votto started the inning with a 103.4 MPH single right over Melancon’s head – the third time he reached base in the game. His OPS over the last 7 games is now up to .974.

Suarez was the first out of the inning, as he struck out swinging on a 3-2 cutter low and away. After working a full count, Barnhart looped an 85.2 MPH double into the right field corner, putting the tying runs on second and third with one out for Farmer. Votto would score on a groundout from Farmer, as Tatis threw him out for the second out of the inning.

David Bell turned to Tyler Stephenson to pinch hit for Warren with the tying run at third. Melancon got ahead with a perfectly placed cutter on the outside corner, then looped in a knuckle curve that Stephenson smoked foul. With the count full, Stephenson laced a single to center field, tying the game at two.

With the game tied and the lineup turning over, Melancon turned his attention to Jonathan India. He tried to get over with another first pitch cutter, which he had thrown to every hitter in the inning. This one hung on the inside corner of the zone, and India drilled it into the left field seats. The 102.5 MPH home run was his sixth of the season, plating Stephenson and giving the Reds a 4-2 lead.

Despite averaging just 3.1 runs in their previous 17 games, Wade Miley faced a difficult task against a star-studded Padres lineup on Thursday night. Miley was more than up to the task.

Through the opening five innings, Miley allowed just three baserunners, walking Tatis in the first and Jake Cronenworth in the fifth, while Trent Grisham reached on a fielders choice that forced out Tatis. In that stretch, the Padres mustered just two hard hit balls, a 100.1 MPH fly out from Manny Machado and a 99.6 MPH groundout from Hosmer.

He needed just 69 pitches in those five innings and, in traditional Miley fashion, was not getting a ton of whiffs from opposing hitters. The Padres had just 6 swings-and-misses, while taking 15 called strikes. Miley struck out just 3 of his first 15 outs, while getting six groundouts and 3 fly outs.

Opening the sixth inning, Miley went 3-0 on Musgrove before getting a 95.9 MPH fly out to Castellanos. As the lineup flipped over, Tommy Pham also flied out, this time to Tyler Naquin. With two outs in the inning, Tatis finally ended Miley’s no-hit bid, crushing an 84 MPH cutter over the wall in left-center field. The 107.9 MPH blast put the Padres up 1-0.

On the first pitch of the seventh inning, Miley was once again stung by a home run. With just their second hit of the night, Machado hit the Padres’ second home run. It was crushed, leaving the bat at 110.8 MPH and traveling 433 feet into the left field bleachers. Miley bounced back with two strikeouts in the inning.

Miley surprisingly was sent back to the mound in the eighth inning, as David Bell likely wanted to give his bullpen a night of rest after they worked consecutive high stress games in Milwaukee. He allowed two singles to open the inning before being lifted for Art Warren. Over seven innings and 102 pitches, Miley allowed just four hits, walked two and struck out five.

Warren was tasked with facing the top of the lineup with runners already on first and second. He opened by striking out Pham on three pitches. Tatis followed and also struck out, as Warren threw five straight sliders to get the swinging K. Facing Grisham with two outs, Warren worked back from a 3-1 count to get a 103.1 MPH line out that Votto snagged on one knee.

After the heroics from Stephenson and India to put the Reds on top, Ryan Hendrix was called upon to get the save. He walked Machado on four pitches to open the inning, while not coming close to hitting the zone. After a strikeout of Wil Myers, Hosmer crushed a 108.1 MPH two-run shot to deep right field, tying the game at four.

Bell would remove Hendrix from the game, calling on Amir Garrett to face Cronenworth, who singled on a 3-2 fastball low in the zone. With the winning run at first and one out, Victor Caratini hit 378-foot home run to left field, giving the Padres a 6-4 win.

The Reds and Padres face off in game two of their four game series. Tony Santillan makes his second career start against Chris Paddack. First pitch at Petco Park will be at 10:10 pm EST.

Every team has a game like this once in a while.

The Reds have had too many, so it looks worse than it is.

Gotta do something with the underperforming arms in the bullpen.