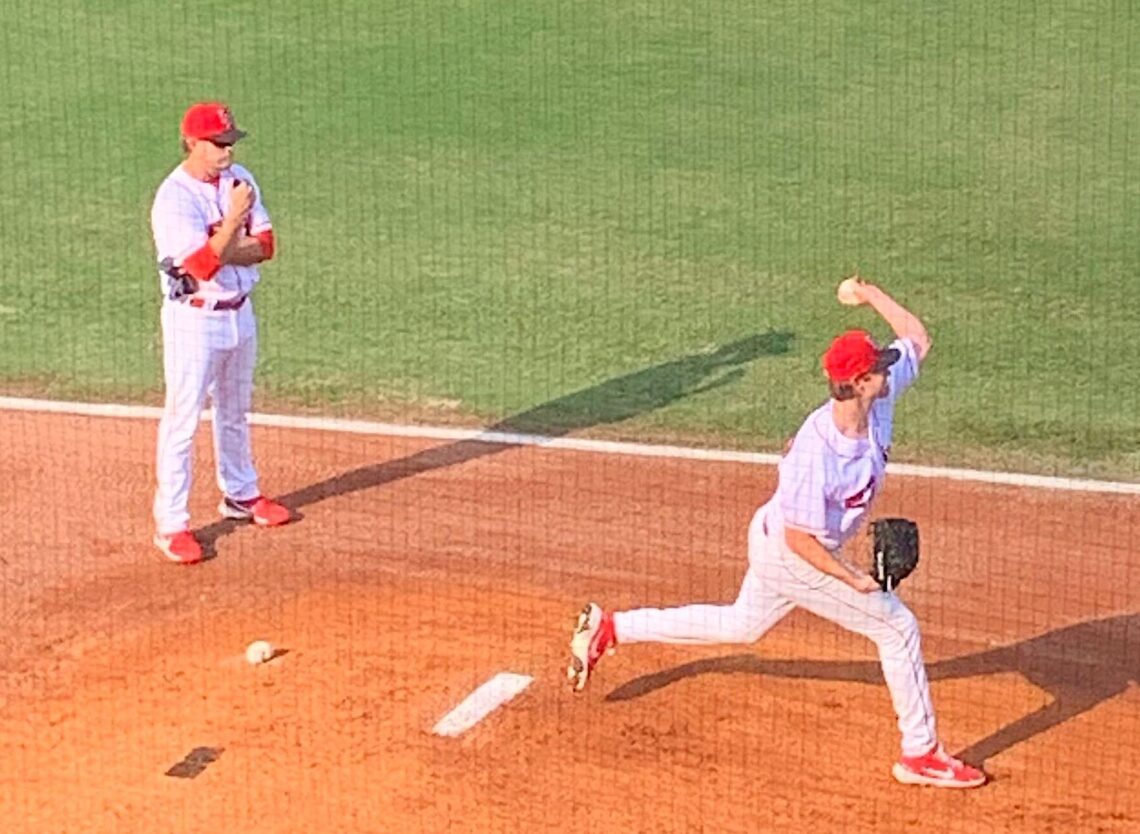 Nick Lodolo came into the season as the Reds’ #1 ranked prospect, per MLB Pipeline. He’s certainly done nothing to hurt that top prospect status this season, pitching to a 1.84 ERA with a 1.66 FIP and 2.31 xFIP across 44 innings in AA prior to receiving a promotion. Prior to tonight, he had made just one start in AAA, going 2 2/3 innings, giving up three runs on three hits, walking two and striking out two.

Tonight, Lodolo made his first start at home, in front of a relatively sparse crowd at Louisville Slugger Field.

Lodolo seemed to struggle with his command in the first inning. He struck out the first batter he faced, before allowing a home run just over the left center field wall to Pablo Reyes on a fastball. He rebounded, getting the rehabbing Daniel Vogelbach to weakly ground out to the left side of the infield. He then allowed an infield single before getting another ground ball to end the inning. Lodolo was forced to consistently work deep into the count, throwing 25 pitches in the inning. Lodolo’s fastball was sitting around 93-94 mph in the first inning, topping at 95.

Lodolo allowed yet another infield single to lead off the third, before inducing a double play to erase the baserunner. Notably, Jose Barrero, playing third base, started the around-the-horn double play. He then got Vogelbach to strike out looking on a fastball that clipped the outside corner.

Lodolo would be pinch hit for in the bottom of the third, ending his day. He pitched three innings, allowing one run on four hits, striking out five and not walking anyone. He threw 54 pitches, 30 of which were strikes. His fastball velocity sat between 92-94, topping at 95 a few times.

Lodolo was seemingly as good as advertised in his three innings today. He looked much better after a slightly shaky first inning. Of particular note, he allowed just one batted ball out of the infield, the first inning home run to Reyes. The other three hits were all infield singles, and all of the outs were either groundouts or strikeouts.

Nick Senzel got his second professional start at shortstop, his only other start being in 2018 in AAA. He made his first play in the first inning look routine, though runner Dustin Peterson ended up safely reaching first base. The second inning was much of the same for Senzel, making the play cleanly, but failing to record the out at first. He would not get another chance to make a play.

On the offensive side of the ball, Senzel went 3 for 5. He laced a double into the left center field gap to lead off the second inning, coming around to score on another double one batter later. That double was his first extra-base hit since beginning his rehab assignment.

Senzel singled in his second at-bat. In his third at-bat, he had a hard time gripping his bat, throwing it on two consecutive swings. The first time it landed just behind the third base bag, and the second time it ended up in the Bats’ dugout. He proceeded to strike out looking. Senzel reached on an infield single in his fourth at-bat, and grounded out in his fifth at-bat.

In the second inning, Jose Barrero hit a ball off the top of the wall in left center field. It initially appeared that it might be ruled a home run, but the umpires signaled that the ball was in play. It wouldn’t end up mattering, as Barrero raced around the bases to score, making it an inside-the-park home run.

That would be Barrero’s only hit in the game. He also added a flyout, grounded into a double play, and struck out twice.

Tejay Antone made his second rehab appearance for the Bats, pitching a perfect sixth inning. He struck out the first batter he faced on a breaking ball. He then got a flyout before recording another strikeout on the breaking ball.

Antone’s fastball sat around 95 mph according to the stadium radar gun, which would be almost 2 mph slower than his season average according to Baseball Savant. He touched 97 once in the final at-bat of the inning.

A lot of good news here.

On the plays that Senzel made cleanly without recording an out, no error was charged on the first baseman. Were they legitimate infield singles, or did it seem that an average major league SS and first baseman would have recorded the out ?

A different outing for Lodolo: his strike thrown % is usually elite, but yesterday it barely broke 55. But no walks and only one hard hit ball in three innings – hopefully a good learning experience.
I was hoping that his pitch counts would rise in AAA, but they have remained low. I’d love for him to be in position to handle a full or nearly full load next year. With the COVID year of 2020 thrown in, it’s hard to tell what pitch totals and arm health will look like in the next couple of years, except that they will be lower…

In Lodolo’s case, the pitch limit has to do with the blister problem he’s getting over. I think they’re being careful with that. With the Reds lacking a reliable LH reliever, it would sure be tempting to see what he could do in September.