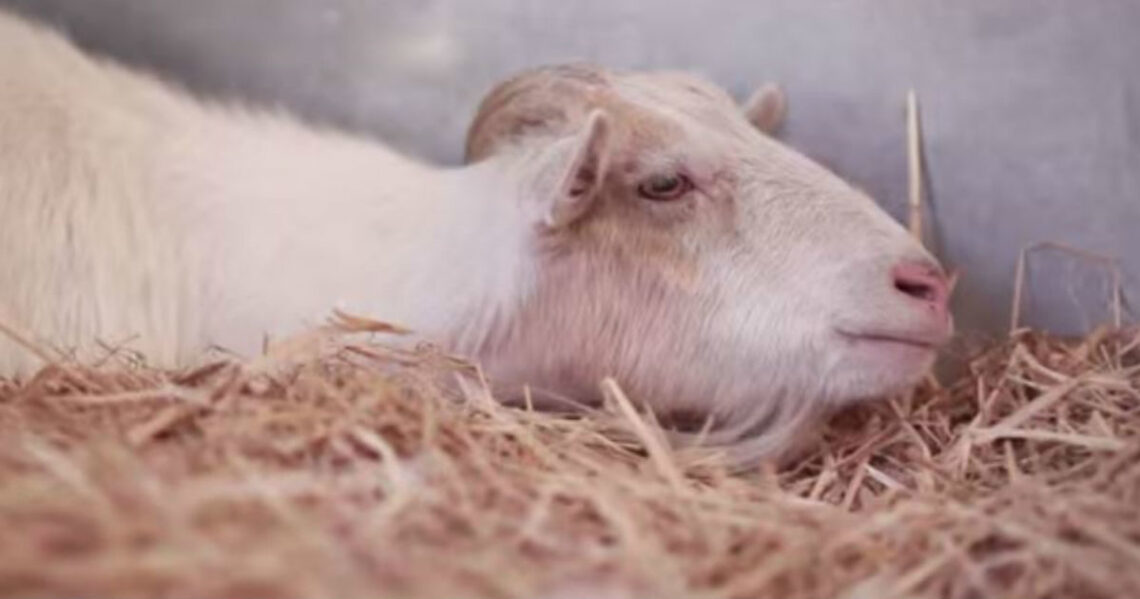 The baseball world was starting to notice the Cincinnati Reds were in the thick of a playoff race entering this series with the Cubs. After facing 2 decent teams in Atlanta and Philadelphia last week, the Reds began a home-stretch where they had the 2nd easiest schedule remaining in the MLB, and the team they’re nipping at the heels of in the wild card, the San Diego Padres, have the hardest remaining schedule in the league. The “new” Cubs would be the perfect team to play to make up more ground in the playoff race.

But after exploding for 14 runs on Monday, the Reds offense went silent the last 2 days – putting up 1 run each day in a loss. While they faced a major league starter with a track record yesterday, that was not the case this afternoon when an AAA pitcher held them to 1 run through 4 innings. The offense will need to wake up (especially with Winker on the IL) the next 4 games as another subpar team in the Marlins come to town, with the Reds 2 games out of the wild card at the moment (the Padres play later in Colorado).

The Cubs cut Jake Arietta and placed Adbert Alzolay on the IL, leaving them with no major league options to start today’s rubber match. They turned to Adrian Sampson, who hasn’t pitched in the big leagues since 2019, largely due to a 5.69 FIP and a home run rate toward the bottom of the entire MLB. In AAA this season, Sampson has posted a 6.37 FIP indicating the Reds should be able to barrel the ball and do some damage.

The first time through the lineup, the Reds mostly hit the ball hard but had little to show for it. Tyler Naquin provided a solo home run, in the bottom of the 2nd, which at that point made the game 5-1 Cubs. Jose Barrero did record his first major league hit of the season, a ground ball in the hole on the left side which he legged out for an infield single. Tucker Barnhart followed it up by ripping a single to right, and the Reds had 2 on with 2 out. Unfortunately Mahle was due up next, and and he grounded into a fielder’s choice. It was possible the Reds could have pinch hit for Tyler Mahle down 4 runs, but it would be asking a lot of the bullpen to go 7 innings with a 4 game series starting tomorrow.

Jonathan India began the bottom of the 3rd with a groundout, and then Joey Votto stepped to the plate. Votto hit a screaming line drive right at the right fielder his first time up, so he made sure to put one in a gap this time around. He smoked a 107.2 MPH ball for a ground rule double, putting himself in scoring position. Nick Castellanos then took the fist pitch right down the line off the wall in left- but unfortunately for the Reds it was about 4 feet foul. He lined out on the next pitch right at the 2nd baseman, who quickly stepped on the base to double up Votto, ending any threat the Reds would have in the 3rd.

In the bottom of the 4th, the Reds had a chance for a 2 out rally when Naquin reached on an infield single up the middle, and Barrero was hit by a pitch. However with 2 on and 2 out, Barnhart struck out looking. The Reds certainly had their chances the first 2 times through the lineup, and did hit the ball decently well (55% of balls were hard hit), but only had 1 run to show for it – the solo Naquin shot. At this point Sampson’s day was done, after 4 innings and 69 pitches.

Over the next 4 innings, the Reds managed very few baserunners against a slew of Cubs relievers – Manny Rodriguez, Rowan Wick and Andrew Morgan. While the Cubs dealt a lot of their power arms at the deadline, these 3 relievers are still very good. Rodriguez has a lot of power behind his fastball (97-98 mph), and Wick has been one of their stoppers for the last few years but just began pitching this season due to a strained oblique, and has yet to allow an earned run. Morgan is one of their lefty specialists, and successfully retired Votto and Moose during the 8th inning. This is not to make any excuses for the Reds offense- they laid an egg in a series finale they had no business losing. It is worth noting however, they were not facing the Iowa Cubs in innings 5 through 8.

It was more of the same for the Reds in the 9th inning, although Barrero was able to notch his first extra base hit with a double smoked down the 3rd baseline. He was not advanced, and the Reds fell 7-1.

Tyler Mahle looked to follow up one of his best starts of the season, where he threw 7 innings of shutout ball in a win against the Phillies. Unfortunately, he was unable to pickup where he left off the first two innings against the rebuilding Chicago Cubs.

Top 1 Mahle retired the first 2 hitters but fell behind 3-0 against Ian Happ. Happ took strike 1 but sat dead red and did not miss a 3-1 fastball, which he took 427 to right field. Happ has twice as many home runs at GABP vs any other visiting ballpark, including the 2 he has hit this series. For Mahle, that home run was his 19th allowed on the season, 16 of which have come inside of GABP despite 10 less innings pitched. Mahle got some help from Jonathan India for the third out of the inning, when he made a sliding stop and throw from his knees on a hard hit ball up the middle.

Trailing 1-0 in the top of the 2nd inning, Mahle walked the struggling David Bote. Reds faithful know the familiar phrase “walks will haunt,” and that was the case when the next batter, Michael Hermosillo, clobbered a fastball left over the middle of the plate deep to left field. It was clear at this point Mahle didn’t have his best stuff – it was only Hermosillo’s 2nd career MLB home run (incidentally the other is against the Cubs’ starting pitch Sampson), and his fastball command wasn’t there. Another hard hit ball off a fastball followed this home run, this time a single to left by Chirinos. After the pitcher Sampson sacrificed him over to 2B, Ortega hit a soft flare that found the grass in center field to put the Cubs up 4-0. The next hitter Schwindel smoked the first pitch he saw to left-center which scored Ortega, and the score was 5-0 Cubs.

Top 3 Mahle ran into trouble again, needing to work out of a 1st and 3rd 0 out jam. He began by striking out Hermosillo looking with a splitter painted on the outer half of the plate. He then struck out Chorinos on a slider away, and got Alcantara to get out of the inning. Although Mahle still didn’t have some of his elite pitches in the inning, it was admirable to see him battle and get out of the inning without allowing any runs.

Mahle looked much more settled in in the 4th and 5th innings, although by then he had already surrendered the 5 runs. He allowed only one baserunner each inning, and was getting more vertical drop on his slider while dialing up his fastball to 95-96 mph vs 93-94 in the earlier innings. Mahle was largely successful in his last outing in Philadelphia because he neutralized the 4 LHB in their lineup. He did much of the same today, only allowing LHB to go 2 for 8  (although one was the solo HR by Happ). However Mahle allowed a .429 opponent average against right handed batters, largely struggling when he left his fastball in the middle of the zone. He did record his all 5 strikeouts against RHB, but was shelled with a .500 BABIP when balls were put in play. Considering last time out was Mahle’s best of the season, hopefully today’s outing was an outlier. His spin rates on his fastball and slider were actually higher this time out (2293 vs 2229 on the fastball and 2453 and 2412 on the slider) so there doesn’t seem to be something underlying with his stuff- somedays you just don’t have it. One thing worth keeping an eye on is his inning count- now at 135.2 which eclipses his career high of 129.2 in 2019. Reds fans will remain hopeful Mahle has enough in the tank for the playoff push over the next month and a half.

With the Reds down 5-1 entering the 6th inning, Jeff Hoffman was called upon for de facto mop-up duty. He allowed a home run to right field on a grooved fastball to Alcantara, giving the Cubs a 6-1 lead. However overall, Hoffman settled in nicely for the rest of the 6th and 7th innings. That would be the only hard hit ball he allowed (EV > 95 mph) and was able to strike out a batter in each inning. Hoffman has not had a great season for the Reds, but there’s no denying he’s been more successful out of the bullpen than as a starter. He’s allowed an opponent OPS of .600 as a reliever vs .787 as a starter, and has posted a K/BB ratio of 3.75 vs 1.30. In fact, today’s outing was only the 2nd earned run he’s allowed as a reliever in 13.1 innings.

Next up for mop up was Sean Doolittle who pitched a clean 8th. He didn’t allow a baserunner, striking out 2. In the 9th, Justin Wilson was called upon. He walked the first 2 batters he faced, and then got a double play ball out of Happ due to a great pick by Barrero and turn by India. Wilson then allowed a bunt single to first where he should have been covering the base as Votto fielded it. If innings 6 through 9 were an audition for the next DFA candidate (similar to how Hembree’s failed mop up Monday led to his DFA), Hoffman and Doolittle passed, and Wilson failed. It will be interesting to see who is first to go when Antone is activated within the next few days.

The Reds welcome the Miami Marlins to Cincinnati for a 4 game series. Thursday’s opener begins at 7:10 EST, with Luis Castillo scheduled to face off against Zach Thompson.