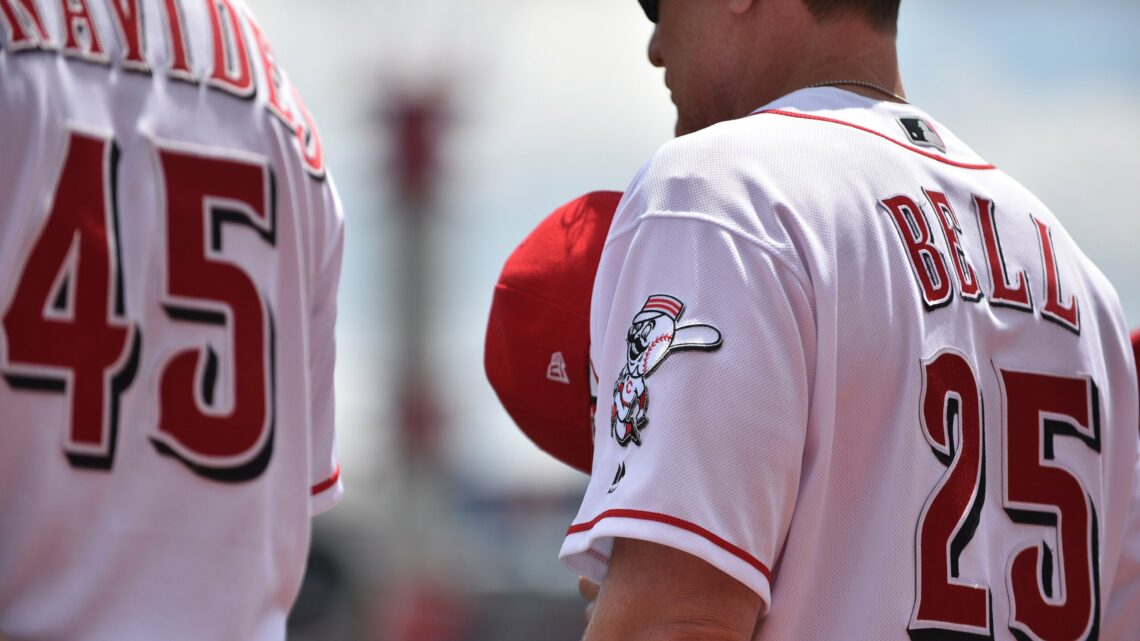 With 10 games left in the 2021 season, the Reds announced earlier today that they’ve reached agreement on a two-year contract extension with manager David Bell. The deal keeps the 49-year-old Bell under contract through the 2023 season. In October 2018, Bell was hired by President of Baseball Operations Dick Williams on a three-year contract plus a club option for the fourth season.

Bell has a 184-190 (49.2%) overall record. But the team’s winning percentage has improved since his arrival. In the four previous seasons, the Reds average record was 67-95 (41.4%). The Reds went 31-29 in last year’s COVID-abbreviated season and made an expanded postseason field. Bell and Williams — the latter who left his job a year ago — forged a partnership that ushered in modern change to many ways the Reds operate.

Bell has navigated significant hurdles to get the 2021 into contention.

One month ago, the Reds were 12 games above .500 (69-57) and a clear-cut favorite to make the post-season as the second NL Wild Card team. They’ve been 9-17 since and are now a long-shot for the play-in game. An injury to Jesse Winker seems to have undercut the team’s momentum. The team’s extreme lack of depth got exposed and a couple of the Reds starters (Wade Miley, Vlad Gutierrez) haven’t pitched well down the stretch.

The manager’s job is a thankless one. People remember decisions that don’t work out and ignore or forget the ones that do. It’s a negativity bias akin to fans remembering every Raisel Iglesias failure while missing the big picture that he was one of the best relievers in the league — something he is proving again in 2021.

We see David Bell’s extension as a positive development for the Reds. Bell has many old-school critics and this extension won’t sit well with that faction of Reds fans. Those who support Bell as Reds manager — and we both count ourselves in that category — don’t believe he’s proven to be a superstar manager. We can’t find reasons to agree with every decision he makes, many of which are complex and close calls.

But Bell is smart, prepared and by all accounts communicates extremely well with his players. Bell fits the mold of many managers — young, data-driven former players — you’ll see doing their jobs in the postseason, as he did last year.

If Bell staying means the Reds will continue with their cutting-edge approach to development, that’s another good sign. There have been troubling signs of organizational retrenchment in that area since Dick Williams’ departure last October, such as parting ways with hitting coordinator C.J. Gillman and pitching coordinator Kyle Boddy. If Bell staying means Derek Johnson stays as the pitching coach, all the better. The impact Johnson has had on the pitching staff the last three years is undeniable and he’ll be invaluable for Hunter Greene and Nick Lodolo’s development.

Ultimately, the Reds’ future success will hinge on the front office and owners making smart decisions and showing legitimate urgency to win.  If that doesn’t happen, it doesn’t really matter who the manager is.

Agree with the conclusion. Bell is fine but the rostering has to be better. Can’t give him a team full of Cabrera Brach etc and expect anything less than mediocrity. They need to roster the best 26. If they do that, Bell should succeed.

I find it interesting that last year the Reds made the expanded playoffs with a late season improvement but if they don’t make it this year it will be a late season swoon.

If Bell’s management resulted in 2 or 3 losses (IF) it would not have made any difference.

Ultimately it falls on player performance whether they are healthy, injured, ill, tired, away on leave, indifferent, etc.

I agree about Bell and agree about Johnson. Any thoughts on Zinter? The offense overall outperformed (with big minus’s from Suarez and Moustakas). The departure of Boddy and Gillman is a concerning development.

Thanks for the good reasoning, as usual. I just can’t understand why the extension wasn’t done earlier when it would have been good PR (well, I can understand that the current front office is not operating effectively nor in a timely manner…).

Mediocrity is the only thing on the Reds menu for the next two years. Bon Appetit !!!

There is David Bell whimpering, sitting on the front porch as the Big Dogs (Cards & Brewers) stroll on down the street on their way to the playoffs.
Go David Bell, and take Delino DeShields and his non-hitting kid with you. Cut the nepotism chord.