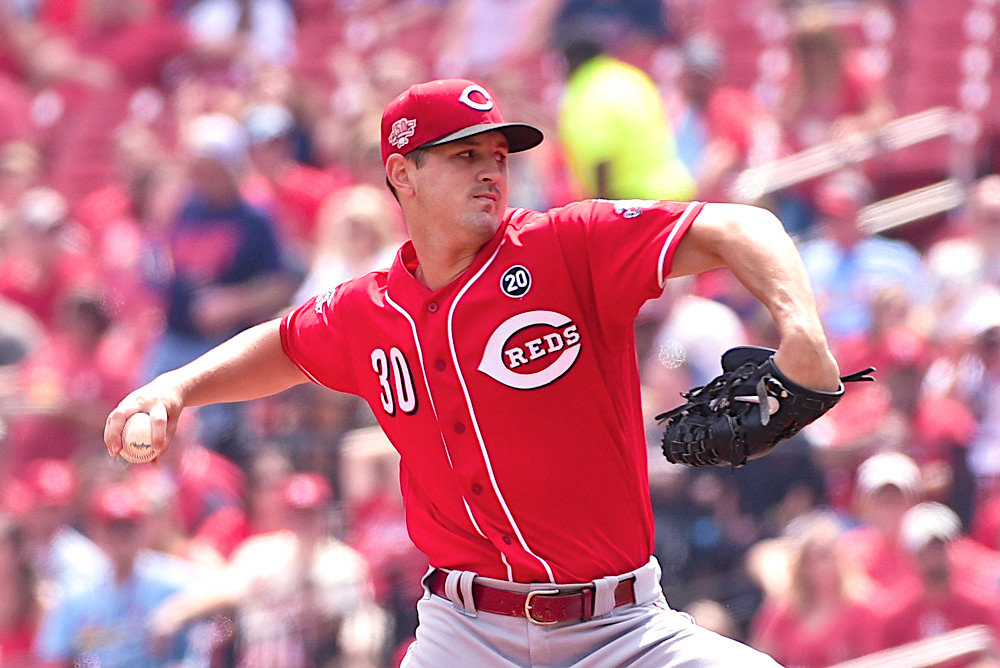 Opening Day is near enough on the horizon to draw semi-safe inferences on how manager David Bell will handle the Reds starting rotation the first week of the season. The Reds open with four games in Atlanta, starting April 7 (Thursday-Sunday). Then they have an off day on Monday, followed by a two-game series at GABP against the Cleveland Guardians followed by seven consecutive games in California.

One question has already been answered: Bell has tapped Tyler Mahle to start on April 7.

We also know Luis Castillo (shoulder) and Mike Minor (shoulder) are behind schedule and will begin the 2022 season on the Injured List. How far behind? We don’t know. Bell said today sometime in April, “maybe mid-April.” General manager Nick Krall said a few days ago that Castillo and Minor were now throwing and that if this was a normal 6-week spring training, they’d have been ready for Opening Day. As of today, neither pitcher has thrown in a game nor is scheduled for one.

Clues about Bell’s intentions for the rotation can be found in his schedule of starters for the next week of games in spring training:

Mahle is lined up on regular rest for April 7, with one more start on Saturday in between. Vladimir Gutierrez is on track to pitch the third game in Atlanta. Hunter Greene started last Saturday and will again this Thursday. He’s lined up to pitch the finale in Atlanta.

As for the second spot — the person who will start Game Two in Atlanta on Friday — it looks like a choice between lefties Nick Lodolo and Reiver Sanmartin. Both are scheduled to go today and it’s a good guess Sanmartin will follow Lodolo in this Sunday’s game. Bell said yesterday Lodolo would be kept in a starter’s role. I’ll come back to this in a minute.

So far, the fifth spot in the rotation has been filled by James Marinan last week and Riley O’Brien this week. Marinen, who the Reds acquired in the 2018 trade with the Dodgers for Dylan Floro, and O’Brien, who the Reds acquired in 2020 from the Rays for Cody Reed, are both on the 40-man roster but already have been sent to the minors. That indicates Bell hasn’t set up anyone yet for the fifth rotation spot.

Based on all this sleuthing and a bit of logic, my guess is the Reds will go with a four-man rotation the first time through. With the day off on the Monday, April 11, Tyler Mahle could then be assigned to start Opening Day in Cincinnati on April 12.

Tyler Mahle deserves the honor of making the Opening Day start in Cincinnati. While it would be exciting if Hunter Greene made that start, Mahle has earned it. If Luis Castillo had two sound shoulders, he’d be the guy again. Absent Castillo, Mahle should be given the opportunity to take the mound at GABP amid the hoopla and tradition.

This makes sense for a couple reasons. With the off-day after the Atlanta series, a four-man rotation would keep all the starters on regular rest. A shorter rotation could help the Reds use a partial piggy-back strategy as the starters build up their pitch counts. The expanded April roster of 28 players instead of 26 also facilitates this. The Reds could carry two extra pitchers who could throw more than one inning, acting as a bridge from the starter to the bullpen.

So, assuming a four-man rotation, with Mahle first, Gutierrez third and Greene fourth, who goes second? And then, who goes fifth in California and beyond that until Castillo and/or Minor return?

From what we can tell, the starter from Game Two could be either Sanmartino or Lodolo. Both are lefties. Sanmartin made a couple good starts (Pirates caveats apply) for the Reds at the end of 2021. My guess is whoever doesn’t start on Friday will be the first piggy-back starter and take the fifth spot in the rotation on the west coast swing.

Other candidates for the expanded roster who could see follow-on duty after the starters are Tony Santillan, Graham Ashcroft and maybe Connor Overton. Santillan would be on the 26-man squad as a reliever. Ashcroft and Overton would be guys who benefit from the 28-man roster, at least at first, before heading to Louisville and return to a starting role.

A mid-April return for Castillo and Minor would mean sometime during the West Coast swing, April 14-20. If they can get ready that quickly, it would be a welcome outcome. Where they slot will depend on how everyone has pitched up to that point. Lodolo only threw 60 innings last year, so the Reds won’t be thinking of him as a season-long starter.

I’ve seen speculation that Mike Minor could be used in the bullpen. Indeed, he filled that role in 2017 for the Royals. But it’s hard to imagine the penny-pinching Reds trading for a $10 million pitcher and using him in a relief role.

A guess? Castillo, Mahle, Minor, Gutierrez, Greene, with Lodolo starting for Louisville and Sanmartin a much-needed lefty in the Reds bullpen. Stay tuned.

[Note: This post is an updated version of an item from our newsletter REDS MORNING SPIN that was published yesterday. Subscribe to the newsletter here.]

Hooray for #ReiverTheReliever
At least as soon as the Minor transaction occurs temporarily moving him from the injured list to the roster.