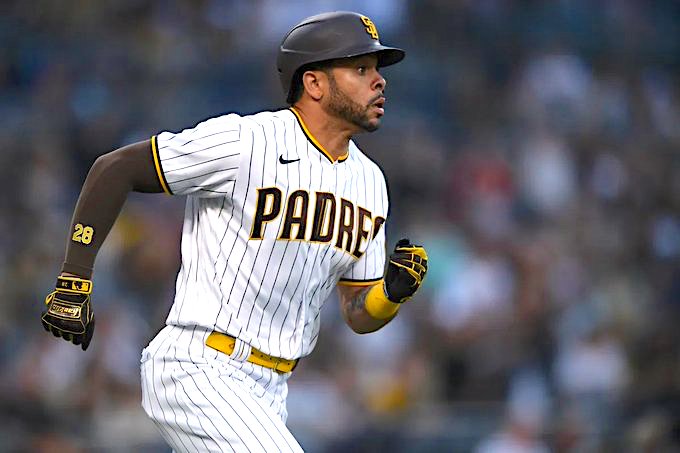 The Reds offseason rollercoaster took another turn tonight as the club addressed their #1 need by signing OF Tommy Pham to a one-year deal for 2022, with a mutual option in 2023. Bobby Nightengale, Reds beat writer for the Cincinnati Enquirer, broke the story just before 11 pm. The deal hasn’t been announced by the club and is pending a physical. No word yet on dollar figures. Will update when contract details become available.

Pham (34) is a right-handed outfielder. His bat helps replace the offense lost by the departure of Nick Castellanos who opted out of his contract and Jesse Winker who was traded to the Mariners. The Reds also have subtracted 30+ home runs from right-handed hitting Eugenio Suarez.

Pham debuted with the Cardinals in 2014 and played there through the 2018 trade deadline. St. Louis traded Pham to the Tampa Bay Rays where he played for a year and a half. After the 2019 season, the Rays traded him to the Padres where he has played the past two seasons. Pham survived a serious stabbing attack after the 2020 season.

Pham is a good all-around hitter, batting .265/.364/.447 over his career. He averages about 20 homers in a full season. Pham’s stats were down a bit last year but that was due largely to where the ball landed. His xwOBA (.354) was 36 points higher than his wOBA (.318), so he was hitting the ball well. Pham’s xwOBA is about the same as Jonathan India’s (.356). Pham was in the top 5% in walk-rate and chase-rate. So his plate discipline is excellent.

Most projections have him at 15 homers and 12-15 stolen bases in 500 plate appearances. That’s about 15% above league average overall.

On defense, Pham has played across the outfield throughout his career, but mostly in left field the past few seasons. He had a bad season in the field in 2019 but otherwise has been close to average.

Bottom line: To be clear, there have been more steep dips than rises on the Reds offseason rollercoaster. Tommy Pham’s offense doesn’t come close to replacing what the Reds have subtracted at the plate since last year. He’s 34, so decline is a normal concern. But given who was available in the free agent market and the club having put itself in desperate need for a right-handed OF, Pham was their best option. Pham wanted a one-year contract to establish his value for one last larger contract. A season in Great American Ball Park should help.

[…] role with the 2022 Reds has become a little less clear with the acquisition of Tommy Pham. In recent years, Pham has been a subpar defender according to OAA, but he obviously has a much […]