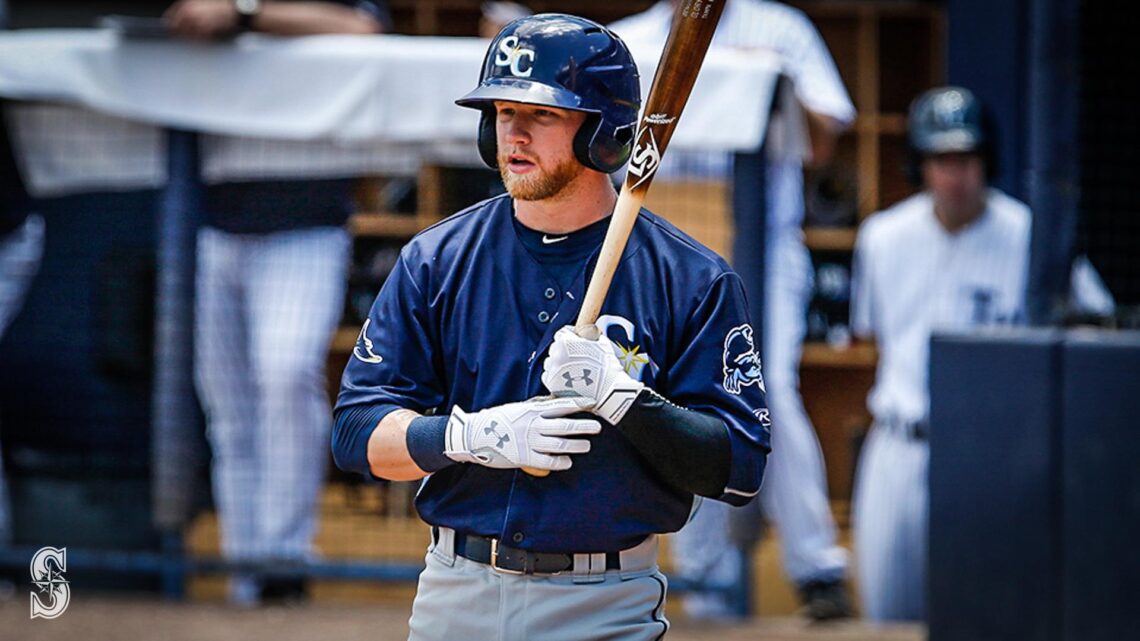 In the trade that sent Jesse Winker and Eugenio Suárez to the Seattle Mariners, the Reds acquired left-handed outfielder Jake Fraley, who will look to make a name for himself in Cincinnati.

Let’s take a look at how he fits into the Reds’ lineup.

Fraley was drafted by the Tampa Bay Rays with the 77th overall pick in the 2016 MLB draft out of LSU. He performed well in rookie ball and High-A ball before being traded to the Mariners in November of 2018 in the deal that sent Mike Zunino to Tampa.

Fraley started 2019 — his age-24 season — in Double-A, where he slashed .313/.386/.539, which was good for a 156 wRC+. He was then promoted to Triple-A where he also performed admirably before finishing the year with the Mariners. In his very limited time in the Majors, Fraley struggled mightily. In just 70 plate appearances across 2019 and 2020, Fraley accrued an abysmal -0.9 fWAR.

Despite the lackluster start to his major league career, Fraley started 2021 on the Mariners’ opening day roster. Nagging injuries caused him to miss time throughout the season, though, but he did end up appearing in 78 games. In his first shot at extended playing time, Fraley was a perfectly respectable hitter with a wRC+ of 109 while playing all three outfield positions, though mostly left and center field.

So what kind of hitter is Fraley? Weird would be my answer. Looking solely at his major league numbers, his lack of power stands out. In 2021, Fraley posted below-average power numbers with the Mariners with a SLG of just .369 and an ISO of .159. And his xSLG was somehow even lower at .361.  For reference, the average SLG in MLB in 2021 was .411 and the average ISO was .167. And his 2021 numbers were significantly better than his previous cups of coffee in the majors in 2019 and 2020.

But looking at his statistics in the minors, Fraley has actually put together some impressive power surges, including one as recently as his rehab stints in 2021. Across his time in Double-A and Triple-A, he’s never had a SLG below .539 or an ISO below .226.

What the Reds no doubt found even more intriguing was Fraley’s incredible spike in walk rate in 2021. What on earth happened there? Prior to 2021, Fraley’s career-high BB% was 11.8%, which he reached in Rookie ball in 2017. Since then, he’d never eclipsed 10% at any level. But Fraley, seemingly overnight, had become intimately familiar with the strike zone and raised his BB% to 17.4%, a phenomenal number that dwarfed the MLB average of 8.7%. And he did this while lowering his K% to 26.8%. That number still needs to come way down as it is much too high, especially for a non-power hitter. But if we compare that to his previous time in the majors, in which he had looked completely lost with 34.1% and 37.9% strikeout rates in 2019 and 2020, respectively, it is somewhat encouraging.

So that’s Fraley’s profile as a hitter. How is he with the glove? Depends who you ask. Here’s how he ranked among qualified left fielders in 2021:

UZR really doesn’t like him — and, in fact, rates him as worse than Jesse Winker — while the other two seem to think he has the potential to be one of the better fielders at his position.

Fraley’s role with the 2022 Reds has become a little less clear with the acquisition of Tommy Pham. In recent years, Pham has been a subpar defender according to OAA, but he obviously has a much better track record of hitting in the majors. So, Fraley may be relegated to a bench role in 2022, but don’t be surprised if he becomes a platoon bat against righties if Pham’s struggles in that area continue (combined 94 wRC+ in 2020 & 2021).

As of right now, these are Fraley’s projections for 2022:

Fraley is almost 27 years old, and while he proved in 2021 that he can be at least a league-average player, there is little data pointing to him becoming anything more than that. He’s a capable bat against righties and, by most accounts, a good glove in left. Those guys are definitely valuable, but Fraley’s time in Cincinnati will inevitably be marred by the fact that the front office and ownership decided to ship a better version of him out of town to acquire him.

Fraley is no replacement for Winker, and the Reds are no doubt a worse team without the latter. But the baseball must be played, and while the front office and ownership deserve both our rage and our apathy, I am rooting for Fraley to carve out a role with the Reds. And who knows? Maybe he’ll be a fan favorite one day.