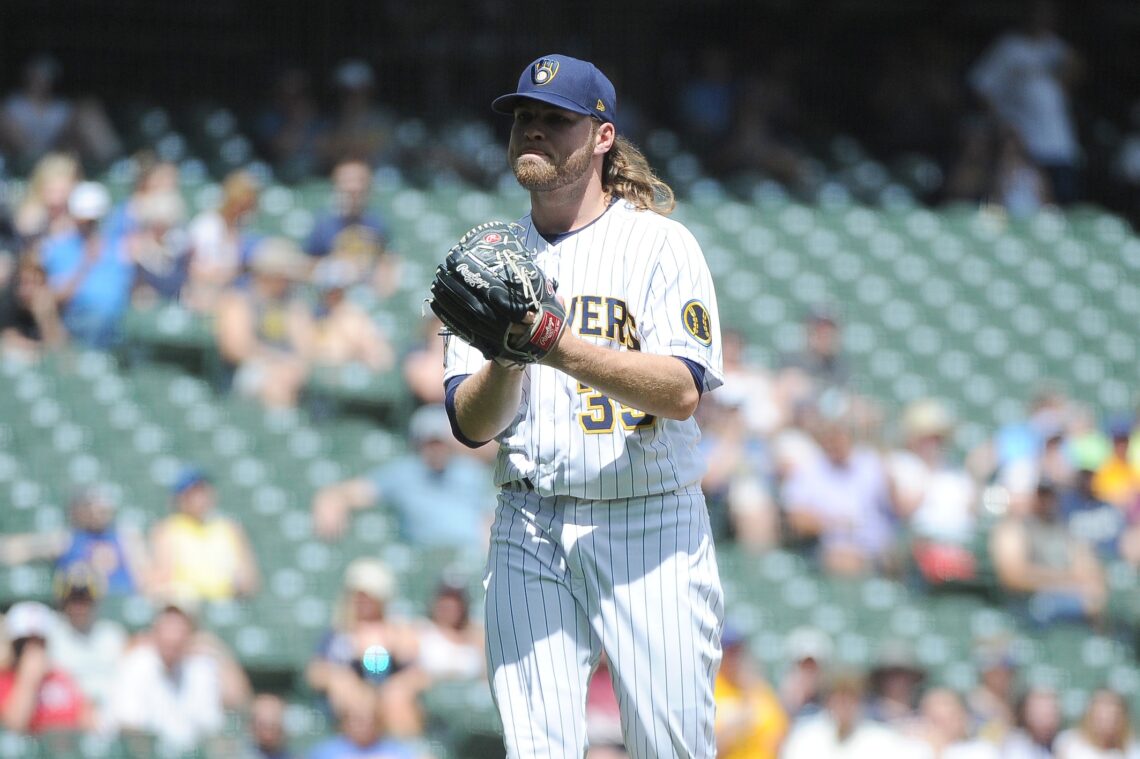 The Milwaukee Brewers won the NL central in 2021 with an impressive 95 wins. This was the team’s second division title in four seasons, and their fourth straight playoff appearance. With a fearsome top of the rotation and a lineup loaded with potential, the Brewers will no doubt be looking to go even further in 2022. As of writing this, the Brewers have an estimated payroll just north of $137M, which is a big step up from their 2021 estimated payroll of $103M.

2021 was a nice bounce back year for the Brewers who stumbled through the COVID-shortened 2020 season. Their biggest strength was their starting pitching. Leading the charge were NL Cy Young award winner Corbin Burnes and fellow vote-getter Brandon Woodruff. Following right behind them, though, was a breakout performance from Freddy Peralta with Adrian Houser and Eric Lauer – both solid – rounding out the rotation. Together they put up gaudy numbers. This is how they ranked among MLB’s starting rotations:

Their bullpen, as a whole, was closer to average, but they were able to rely on the filthy stuff of Josh Hader, whose K% sat at a mind-bending 45.5% in 58.2 innings. Combine that with the brilliant Devin Williams (38.5% K%, 2.92 xFIP in 2021), and the Brewers also possess one of the best setup-closer combinations in baseball.

The offense, meanwhile, was probably the worst among the playoff teams of 2021. Collectively, they put up a wRC+ of 91, which ranked 23rd, sandwiched between the hapless Orioles and the rebuilding Cubs. Disappointing from a team that added Omar Narvaez – a catcher who had proven himself a capable hitter in the past – in a trade with the Mariners. And then added even more offensive help in May when they traded for Willy Adames, who would be the team’s best hitter with a wRC+ of 135 after joining the team. In fact, in the month and change before the Adames trade, the Brewers’ offense was producing an appalling 76 wRC+, which ranked 29th with only the Rockies being worse.

The Brewers have had a quiet offseason. Their biggest departure was outfielder Avisaíl García who left town due to a mutual option being declined. In 135 games in 2021, García posted a 115 wRC+ while slugging .490, making him one of Milwaukee’s best hitters. García signed a 4-year, $53M deal with the Marlins.

Meanwhile, Eduardo Escobar, who they acquired in a trade close to the deadline last year, signed with the Mets. In 199 PAs, Escobar performed admirably, posting an .800 OPS and a 114 wRC+.

In terms of acquisitions, the team’s strategy seemed clear: get more hitting. The execution, though, leaves a lot to be desired. In an attempt to replace García they traded for Hunter Renfroe from the Boston Red Sox. Renfroe produced an impressive .501 SLG in 2021, but his .315 OBP kept him from being an elite hitter. In 572 plate appearances, he posted a 114 wRC+ while playing lackluster defense (13th percentile in OAA).

Financially, the team’s biggest get was former MVP Andrew McCutchen who they signed to a one-year $8.5M contract. McCutchen is coming off an underwhelming stay in Philly. Since his injury-shortened 2019 season, McCutchen has been a league-average hitter with a wRC+ of 106 in 815 plate appearances. Meanwhile, the Brewers have stated that McCutchen will see the majority of his starts at DH in 2022, so his primary value will be his offensive production.

Rounding out their offseason, the Brewers made a number of smaller signings. They inked backup catcher Pedro Severino to replace Manny Piña, but he has since been suspended 80 games by the league for a PED related offense. They traded for Mike Brosseau to be a bat off the bench and signed relievers Trevor Gott, who will look to rebound from an awful 2021 campaign with the Giants (11.93 FIP in 11.2 IP), and Jose Ureña who pitched 100 innings for Detroit in 2021.

Here is Fangraphs’ projected Brewers lineup against right-handers, with their projected wRC+, according to ZiPS, in parentheses:

Here’s the Brewers’ rotation with their projected innings pitched and FIP, according to ZiPS, in parentheses:

As of writing this, FanGraphs project the Brewers to regress slightly from their 2021 season but still win the NL Central with 88 wins. The pitching is the team’s undisputed strength with a great rotation and a really good bullpen. Meanwhile, the offense needs Christian Yelich to get back to his pre-2020 form. They don’t need him to be the NL MVP again, but they need him to produce at the level we all know he’s capable of. I mean, he slugged .373 last season. That’s just not going to cut it. Especially with all projections saying that Adames will be much closer to a league average hitter in 2022. As such, this season could very well depend on Yelich having at least a partial bounce-back season, and another hitter breaking out. Because right now that lineup is grim, and their pitching can only take them so far.

I’ll be glad one day to see Josh Hader out of the division.