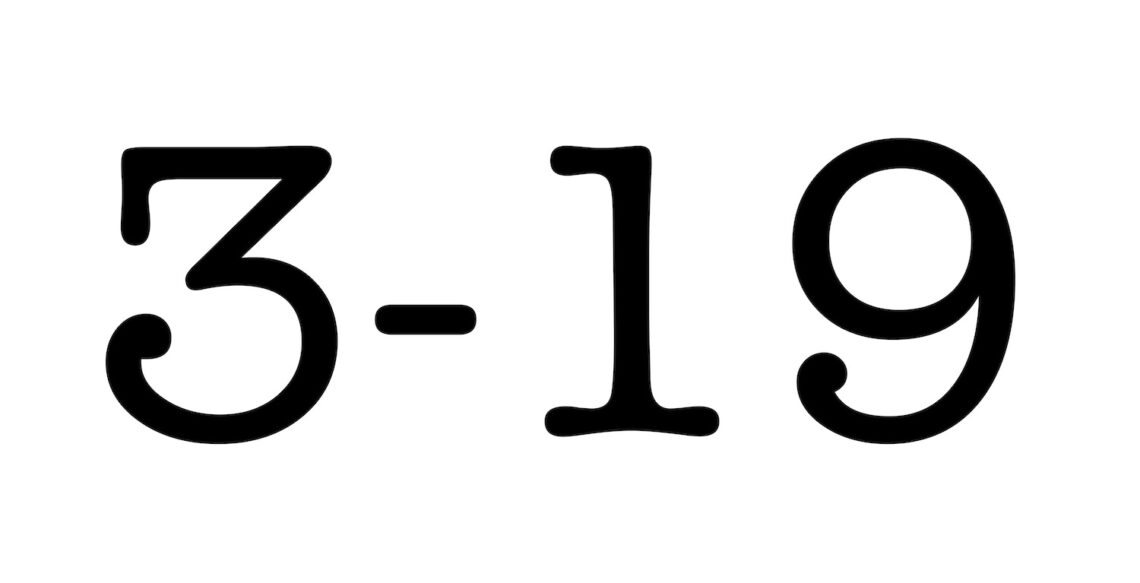 “You are what your record says you are.” — Bill Parcells, Hall of Fame NFL coach

The Cincinnati Reds have been every bit what the team’s 3-19 record says. The Reds were MLB’s worst in April. They rank last in offense (wRC+, wOBA), pitching (ERA, xFIP), base running (BsR) and defense (DSR). That’s the grand slam of baseball futility.

Yet beyond what the abysmal 3-19 record says about the team is what it says — no, shouts — about the organization’s ownership and management.

The Reds record is a predictable result of the Castellini/Krall management plan.

Sure, injuries and underperformance have played a role. But make no mistake, this horrendous start to the season was made possible by the gross malpractice of the organization. The Reds haven’t been unlucky. They’ve been mismanaged. Teams that don’t skimp on payroll and trade away established players can withstand adversity.

The Castellini family has slashed payroll for two seasons. The cuts were done in the dumbest, most short-sighted way: front-load the savings, figure out later how to fix things. The front office curb-shopped aging (and therefore injury prone) players who other teams don’t want. The Reds are over-relying on young players who, while exciting, are inconsistent because of inexperience. The result is a paper-thin roster full of holes.

If this failure feels familiar, that’s because it’s the exact plan that brought Reds fans 90-loss seasons, one after another, from 2015-2018. The “pipeline of prospects” strategy failed the Reds before. Contrary to the claims of leadership, there is no credible plan for “sustainable success.” No major league team has ever won with this formula.

I doubt even management believes in it. Their public assertion is nothing more than pretext for abandonment of responsibility.

Pulling back the curtain

It’s hard to think of a public figure who better matches the cliché of having been “born on third base and believes he hit a triple” than Phil Castellini. He’s the son of Bob Castellini, CEO and primary owner of the Reds. Under the senior Castellini’s ownership tenure, no management principle has been more celebrated than nepotism. The younger Castellini’s current vantage point as baseball strategist and decision-maker personifies it.

Bob Castellini turned 80 last September. Many Reds fans have urged him to sell the team instead of pass it on. Others figured the family would never give up a business that earns 11% per year, with low risk and zero accountability. Those of us in the latter camp did hold out hope the next Castellini generation might take a more modern, less parochial approach to running the team.

But alas, that wishful thinking was smashed to pieces by Phil Castellini’s ugly Opening Day remarks. His comments were revealing not only because of their unscripted and unfiltered nature, but also because of how easy they came. It’s impossible to avoid the conclusion that this peek behind the curtain showed what the Castellini family thinks and says about the Reds and fans in private. Insincere PR-crafted apologies aside, the family doesn’t give a damn about fans (other than as a vehicle toward ever more wealth) or doing what it takes to put the best team on the field.

Castellini’s comments made it crystal clear that ownership prioritizes one thing: the uninterrupted growth in wealth of the already-wealthy people who own the team.

Trying everything (but the one thing)

Phil Castellini’s awful Opening Day statement produced several lines for which the Reds have rightly been mocked. He essentially told Reds fans to shut the heck up (“Where you gonna go?”) and threatened the Reds might leave town (“Be careful what you wish for.”)

But tucked in the middle of his rambling comments was a sentence that deserves just as much attention for what it reveals. “We’ve tried a lot of things that didn’t work,” the junior Castellini said.

Don’t miss the remarkable confession. Reds ownership has lurched from one strategy to another, never sticking with any plan long enough to see it through. They’ve tried more payroll spending and less payroll spending. They’ve tried developing pitchers in house and acquiring them through trade. They tried Japan. And variations on all those ideas.

The one common denominator to all those failures? The deep involvement of the Castellini family in baseball decision-making.

Owner meddling. Everything the Reds have tried in recent years has been colored (and undermined) by the second-guessing of non-expert owners.

Does the Castellini family have the right to meddle in their private baseball business if they want to? You bet. But they also have a choice not to and leave the baseball decisions up to the baseball pros.

Brain power in the front office matters more to winning baseball games than ever before. The vast amount of information now available and the involvement of experts from all walks of life has seen to that. Major league clubs are racing to put together the best, brightest team of decision-makers. If you think that sounds expensive, try ignorance. Spending on front office brainpower is pennies on the dollar compared to spending on 34-year-old pitchers.

As the analytics era unfolded across Major League Baseball, the Reds were late to modernize their front office compared to other clubs. But as Dick Williams replaced Walt Jocketty in charge of Reds baseball operations, he brought in a modern approach to management. The Reds began to keep up with or even pass other clubs in use of technology and advanced player development. Williams hired David Bell and Derek Johnson, two guys who had worked for successful, data-first organizations. He revolutionized the development staff.

The short of it is, Dick Williams had a lot of good ideas about how to run the Reds.

The Reds needed to replace Williams with a super-bright outsider who could continue to advance new, creative thinking about winning baseball games. Someone to push the Reds (and their ownership) in aggressive ways that had proven successful elsewhere. The Reds could have conducted a range of interviews for Williams’ position, with a byproduct being learning what the top-shelf candidates thought about the Reds organization.

But the Castellini family isn’t interested in objective outside analysis of what they do. Instead, they decided they didn’t need to replace Williams or the brain power he had contributed to the organization. Bob and Phil figured they themselves had enough smarts to handle the hard baseball decisions. They installed Nick Krall as a yes-man General Manager with no portfolio to push the club into the future.

The Castellini clan sure could have used a strong outside voice when the Mariners called with a trade offer that would rip the heart out of the Reds clubhouse. Instead, the Nick, Phil and Bob braintrust rushed to make a deal for prospects and less payroll. And here we are at 3-19.

Turns out, the question Mo Egger asked Phil Castellini that triggered the heir’s appalling remarks, is the only one that matters.

Given the years – going on decades – of serial failure, why should Reds fans have faith that the current owners can produce a successful baseball team?

The good news: A real answer to that question isn’t hard.

Reds: We’re going to hire a bright, young person to lead the front office. Someone who has worked for a successful baseball organization. Someone far outside the Reds organization and current orbit. We’re going to ask our ownership group, who has been enriched by hundreds of millions of dollars, to fund payroll commensurate with the growing value of the team. Then, most importantly, we’ll get out the way. Not for a couple weeks or months. Not for a season or two. Forever. We understand we aren’t baseball experts so we aren’t going to get involved in baseball decisions.

The Reds are in Milwaukee this week. They only have to look up in the standings at the first-place Brewers’ front office to see how it’s done.

After finishing the 2015 season with 94 losses, new Brewers ownership replaced old-school GM Doug Melvin with Houston Astros assistant GM David Stearns. Stearns was a 30-year-old Harvard graduate who already had baseball operation stints with the Mets, Pirates, Cleveland, MLB and the Astros. The Brewers went outside their organization to transform its front office and create a younger, more modern culture.

Stearns is smart, aggressive and the Brewers ownership doesn’t second-guess him. Milwaukee improved to 96 wins three seasons later. They’ve made the postseason the last four seasons and are widely favored to win the NL Central in 2022.

Instead, we’re headed for scapegoating, more payroll cuts, a return to old out-of-date voices and ideas, more acrimony between fans and ownership and continuing to measure the time between wins on the field in weeks.

Phil Castellini, born on third, will break for second.

Many Reds fans think the Castellini family’s greatest sin is being cheap. It isn’t.

It’s that they are bad at running a baseball team. Their thinking is out-of-date. They are risk averse with even small amounts of money. Their decision-making has been rife with intervention by non-experts. They have opted time and again for profound insularity.

It adds up to glaring incompetence.

Just look at the record.

I’d say the greatest sin is the utter disdain of the fans that shines through in Phil’s comments. But no matter how you rank the shortcomings — arrogance, incompetence, cheapness — ownership has the bases covered.

I agree, this really isn’t about the money that ownership has put into the franchise. This is about a pattern of failing to follow strategies, insular hiring practices, and nepotism. What we are currently seeing is exactly what your local business school professor would tell you to expect from that toxic combination of poor choices. It’s really hard to evaluate everyone from Krall on down, but the CEO and President/COO have their fingerprints all over the mess. I’ve seen men try to transfer their business to the next generation before … many times they are simply not up to the task.

If I was the owner, noway i promote from within.. I hire Theo Epstein and tell him “do what it takes to make this team a winner”.. nothing less. Nobody in the front office deserves a promotion of any kind after this mess