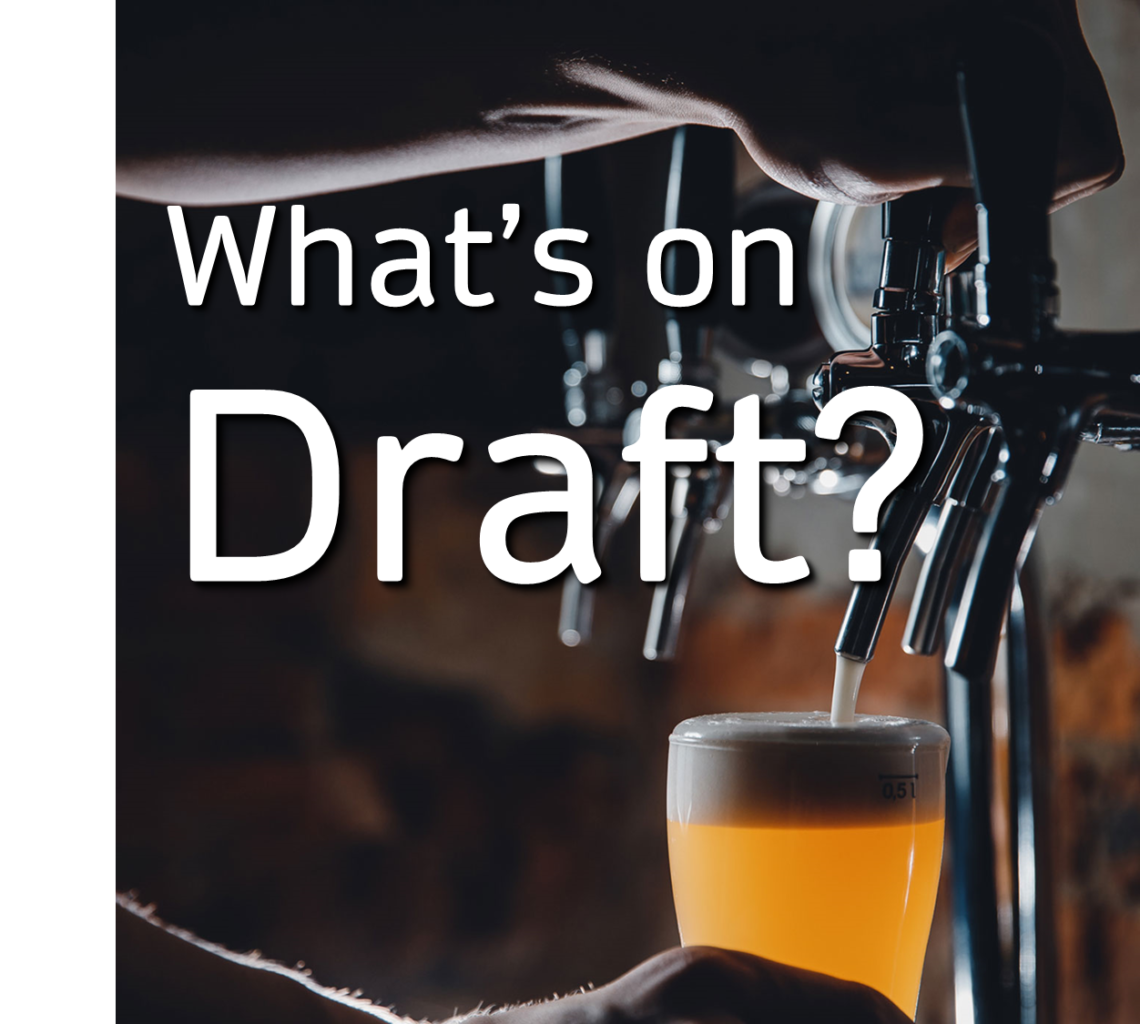 After a brutal 3-22 stretch to begin the season, I’ve given up any hope of this Reds team being remotely competitive and started looking to the future. Regardless of what you think of the current state of the Reds ownership and front office, there are still several things about which we can be optimistic, including Tyler Stephenson, Jonathan India and Hunter Greene.

This team is closer to being competitive again than some realize, and if the front office can make the right moves, there’s a real possibility that we’ll be in the playoffs again soon. Until then, we can only look to the future and hope that Reds scouting and player development can develop minor leaguers into players that can make a significant contribution at the Major League level.

As we once again are forced to put our trust in the Reds development process, it’s time to take a look at the upcoming MLB draft and theorize who the Reds might select in the first round. This year, Cincinnati will have the 18th pick overall, sandwiched in between the Phillies and the Athletics. They’ll miss out on Druw Jones, arguably the top talent in the draft, but there are some interesting guys who could still be available when it’s time for the Reds to pick.

It’s worth noting that it’s tricky to project who will be available by the 18th pick of the draft. Simply put, teams often don’t draft the highest ranked player available. A player ranked 10th in the draft might still be available by pick 18 as teams manage signing bonus pools. It’s also possible that the 18th ranked player gets drafted much earlier. To cast a wider net at who may be available for the Reds, I chose to look at the prospects MLB Pipeline ranked from 16-20.

Robby Snelling is an 18-year-old left-handed pitcher from Nevada. At 6’3” and 210 pounds, he’s been described as having a large physical presence on the mound. He’s currently committed to Louisiana State and looks to be interested in playing both baseball and football for them.

Jackson Ferris is an 18-year-old left-handed pitcher from Florida. Ferris has impressed scouts this past year and is said to have a ceiling as a potential number 2-3 starter if everything comes together.

Cole Young is an 18-year old shortstop from Pennsylvania. Scouts say that he needs to be watched multiple times in order to be truly appreciated. He lacks many of the traditional tools, outside of strong bat-to-ball skills. He’s a high contact guy who doesn’t seem overmatched against high velocity pitchers. He’s also a fairly fast runner and has been known to steal bases from time to time.

Chase DeLauter is a 20-year-old outfielder from James Madison University. He’s hit very well this past year, posting a .437/.576/.828 slash line in 24 games before breaking his foot. He’s said to have strong raw power and could be a potential middle of the order bat in a lineup.

Gabriel Hughes is a 20-year-old pitcher from Gonzaga University. He’s been described as having “electric stuff,” including a fastball that can touch the high 90s. As he continues to develop, it’s possible he’ll be throwing triple digits someday. He also has a strong slider and a decent changeup.

Even with a bit of a lower pick, the Reds still have lots of talent available to them. Personally, I’m glad that I don’t have to be the decision maker here. One of my (many) weaknesses is the tendency to overanalyze decisions like this to the point of personal misery!

That said, as a self-proclaimed Couch General Manager of the Reds, I do have an opinion on who I’d like to see picked, based on the Reds’ current direction. Their stated strategy has been to build toward a competitive team using the player development pipeline, rather than signing top free agents. While many teams have successfully utilized this approach, it leaves little margin for error, underscored by the #GetThePitching movement after the last botched rebuild.

In light of this small margin for error, I choose to look at base rate stats for which types of players drafted in the first round provide a solid contribution (at least 10 WAR) at the Major League level. Shout out to Keith Law for providing this data in his book Inside Game. 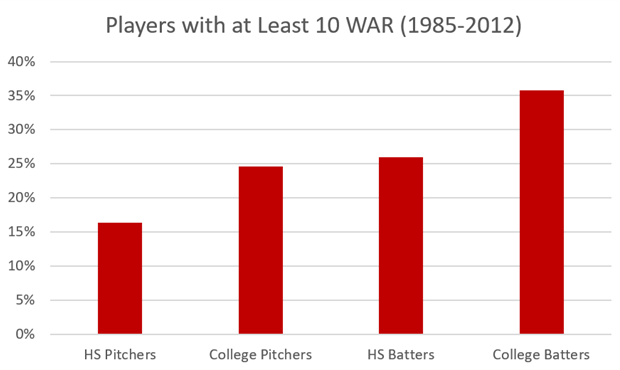 Based off this data, if I were in charge of drafting for the Reds, I would avoid drafting high school pitchers with my first round pick. If you’re counting on building a competitive team using your farm system, the failure rate of this type of player is just too high. There are exceptions to this rule (e.g., Clayton Kershaw), but overall, the chance of failure is highly likely. Unless the Reds are willing to trade for or sign a star pitcher, in the likely event of a pitching prospect not working out, pitching prospects — especially high school prospects — need to be avoided in the first round. I’m all for picking this type of player in the second round and beyond, or better yet, trading for promising pitching prospects, but the Reds need their first-round pick to have a stronger likelihood of contributing in the Majors.

If we’re avoiding pitchers then, based off the players I looked at, we’re left with two players: Chase DeLauter and Cole Young. Your preference between the two of them will ultimately come down to what you’re a bigger believer in: DeLauter’s extremely strong (albeit over a small sample size) spring stats or Young’s bat-to-ball skills and overall athleticism. Obviously, Major League teams have a much deeper depth of information that they utilize when making draft decisions (and I reserve the right to change my mind if I am ever shown this data), but my preference is Chase DeLauter. College hitters have the highest base success rate of any type of prospect, and DeLauter has the ability to be a strong impact bat at the Major League level.

As mentioned above, the Reds have much more data on these players than I do. I’m also unable to see the future, so I can’t truthfully predict how any of these players will turn out. All I can do is point to the research that is available to me and provide my recommendation for which player best fits the Reds’ current strategy, hence choosing a power-hitting college outfielder. Some of the pitching prospects may have higher potential ceilings, but they also have a much higher failure rate. If the Reds truly plan to become competitive through player development, they can’t afford to waste a single pick.