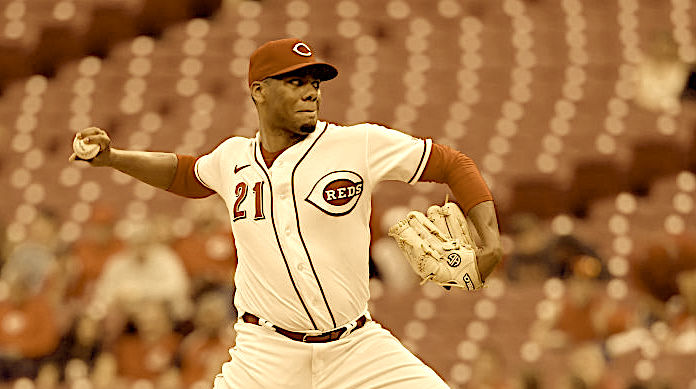 We needed him. Hunter Greene.

In his first 10 starts, the 22-year-old phenom … yes, phenom … had already given us more than a few electrifying moments. The 100+ mph debut in Atlanta. A second start, pitching from a hometown Dodger Stadium mound. The 7.1 no-hit innings in Pittsburgh. The gutsy bounce back against the Brewers. Striking out seven out of the first ten batters at Fenway.

Each offered a glimpse.

The three losses last weekend to the bottom-dwelling Washington Nationals had resurrected the awful memory of the Reds 3-22 start. Returned to the foreground was the spirit-crushing stretch where Reds fans were forced to accept serial losing on the field as well as insults from the owner’s mouth.

For a welcome moment, the team’s winning record in May had bought us distraction from the incompetence and inaction of that ownership group. But last weekend, historic failure roared back. On full display, a threadbare roster and its inevitable product: sputtering offense, porous infield defense and an ineffective bullpen. It refreshed a painful reality.

Lingering despair is why Reds fans needed Hunter Greene to do what he did. In recent days, our inspiration for cheering has been limited. We’ve made do with occasional highlights off Joey Votto’s aging bat. But Votto’s continued fortitude gives us warm vibes by recalling a glorious past. It isn’t enough. Instead, Reds fans need the promise that better times lie ahead.

The right hero for this moment is the team’s youngest player, not its oldest.

At Great American Ball Park last night, he was.

Before we get to celebrating Hunter Greene — and we will in a minute — it’s worth reminding ourselves the thrills he’s providing didn’t arrive to this time and place without pain. The right to the lofty draft pick that secured his services was paid for with the agony of 94 losses. And Greene reaching this point was no certainty. Reds fans have firsthand proof the path from the overall #2 pick to big league success is no sure thing.

Greene’s development into a Major League ace is compelling stuff. It’s not just the raw talent. His start-by-start progress is riveting. Reds fans were denied a similar experience with Aroldis Chapman. Yes, we became fascinated by the Cuban Missile’s strikeouts and radar gun readings, but it was an inning here and there. Chapman was imprisoned by the narrow role of closer. It wasn’t the same spectacle we’re able to watch now.

It would be foolish to expect all of Greene’s starts, or even most of them, to go as well as last night. And his seven near-perfect innings won’t turn the Reds season around. But you know what was perfect? The timing. Coming on the heels of last weekend’s discouraging results.

The rainstorm that cut short last night’s game arrived with the fury of a Hunter Greene fastball. It highlighted the magnitude of the circumstance. Not only for the pitcher and team, but for Reds fans trying to hold on. It has become so hard, so impossible, to keep any faith in the people running this baseball team.

Yet, I’m already looking forward to Saturday, when Greene will face the St. Louis Cardinals in the shadow of The Gateway Arch. To see what he’ll do next.

Thumbs up, Steve.
One of the pleasures of a losing team like this is watching young players develop.
I wish we had more developing young batters & fewer injuries.
Been to 2 games this year (2 L’s)