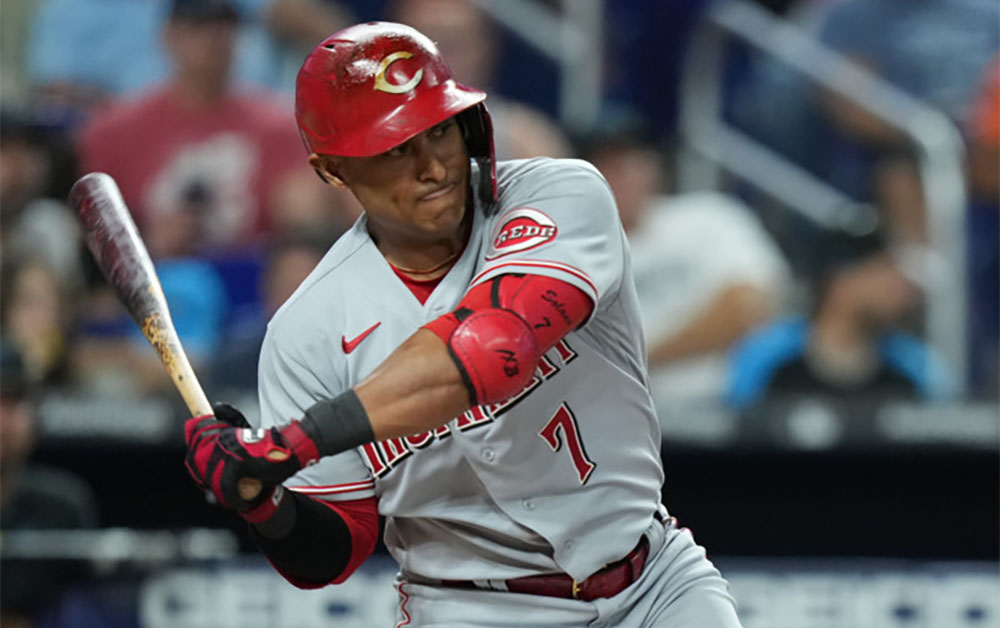 In an offense best described as “lifeless” since the trade deadline, Donovan Solano has remained a breath of fresh air. The 34-year-old got off to a late start this season due to a hamstring strain, but he hasn’t missed a beat since joining the active roster on June 22. Solano is hitting .319/.371/.429 with a 119 wRC+ in 210 plate appearances over 54 games. Since Solano’s return from the IL, only eight players in the game have a higher batting average.

But is it sustainable?

The first place to look in these cases is often batting average in balls in play (BABIP). A refresher on BABIP from our Stat Glossary:

BABIP is a player’s batting average on non-home run batted balls. Because a player — especially the pitcher — has limited control over what happens on batted balls, BABIP is often used to show how much luck has factored into their performance. While other factors are involved in a player’s production, someone who stray far from their career BABIP may be experiencing a significant amount of good or bad luck.

Solano currently has a .392 BABIP, which isn’t sustainable. Players have done it in short bursts, but nobody — not even the all-time greats — can maintain that kind of number in the long run.

You get the picture. Long story short: Solano’s BABIP will likely fall and his offensive numbers will probably regress along with it. Post over. See ya!

However, that’s not the end of the story. Solano’s success may not be quite as unsustainable as it initially seems.

You see, this isn’t exactly new for Solano. Throughout his career, and particularly over the last four seasons, he has routinely maintained a high BABIP.

His career BABIP is .335, which ranks 14th among all active players with at least 2,000 career plate appearances. The players immediately behind him on that list are Ronald Acuña Jr., Xander Bogaerts, Brandon Nimmo, Nick Castellanos, and Charlie Blackmon.

But he’s taken that to another level in the last four seasons. Solano has a ridiculous .374 BABIP since 2019, his breakout year with the Giants. Only White Sox shortstop Tim Anderson has a higher BABIP (.376) over that time among players with 900+ plate appearances.

What’s going on here? Is Solano on an extraordinary lucky streak, or is something else at play?

Hitters generally have more control over their BABIP than pitchers. Players who regularly make hard contact and hit line drives tend to have higher BABIPs than those who do not. Joey Votto has a .339 career BABIP. Mike Trout sits at a .347 BABIP.

Let’s not get it twisted: Solano is no Votto or Trout. He’s not the kind of line-drive hitter who’s hitting frozen ropes into the stands with regularity. But his plate approach lends itself to an elevated BABIP compared to his peers. He’s a prolific line-drive hitter, ranking third among active players in career line-drive rate (26.0%) behind only Freddie Freeman and Omar Narváez (minimum of 2,000 plate appearances). Another name in the top 10 who’s familiar to Reds fans: Nick Castellanos.

Line drives, of course, are an ideal form of contact. Here’s the league-average BABIP on all types of contact this season:

Since 2019, no hitter in baseball has a higher line-drive rate than Solano (29.2%). This year is no different. Solano has a 30.4% line-drive rate in 2022, leading all hitters with at least 200 plate appearances. The players immediately behind Solano on the leaderboard? Bryce Harper and Freeman.

Put another way, Solano routinely achieves an ideal launch angle. Statcast defines the “sweet spot” as a launch angle between 8 and 32 degrees off the bat. In the Statcast era, batted balls that have fallen within those parameters have gone for a .591 batting average, 1.096 slugging percentage, and .696 weighted on-base average (wOBA) league-wide.

Guess who leads baseball in sweet-spot percentage since 2019? That’s right:

When you’re included on a leaderboard with names like that (and Harold Castro), you have to be doing something right. Solano’s sweet-spot rate is down slightly in 2022 (41.4%), but he’s still 18th among all players with at least 100 batted balls.

While no one will mistake Solano for Aaron Judge or Yordan Alvarez when looking at the Statcast data, he also has respectable quality-of-contact metrics to back up his production. Solano’s average exit velocity this season is 87.9 mph, only a bit below league average (88.6). It’s not bad at all for a contact hitter who stands at 5-foot-8.

But that doesn’t tell the full story. Solano’s average isn’t heavily boosted by top-end exit velocities — his hardest-hit ball this season is just 106.2 mph, putting him in the 26th percentile. He simply hits the ball hard consistently. Solano’s 42.1% hard-hit rate better demonstrates how often he makes solid contact. That mark ranks well above league average (38.4%) and would put him in the 62nd percentile if he had enough plate appearances to qualify for the Statcast leaderboard. Paired with his line-drive approach to all fields, it’s a recipe for success.

All of this isn’t to say Solano is going to hit .320 all year. He might, but his BABIP has already started to come down over the last week after peaking at .412, and it may fall further. But don’t expect a precipitous decline. Solano’s .284 expected batting average — which measures how often comparable batted balls, based on exit velocity and launch angle, become hits — is easily tops among Reds hitters. It’s also near the top among all MLB batters, putting him in the 93rd percentile.

Solano is limited offensively — he doesn’t have much power, and he doesn’t draw many walks. But he has one standout skill, hitting line drives, and he makes the most of it. It’s a skill that took him a while to develop in the minor leagues, and it helped him finally break out in his early 30s.

So far, it’s a skill showing no signs of diminishing as he enters his mid-30s.

I love this analysis, it’s so complete. Prior to StatCast, BABIP did not have further information of this kind and there were endless arguments about its predictive value .

Thank you! Statcast provides so much robust data that can help us better understand stats like BABIP.