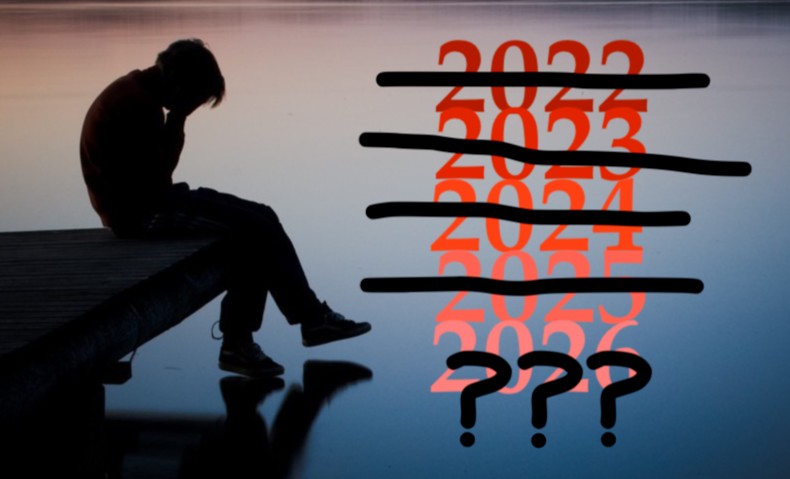 Against the strong headwinds of slashed payroll, roster malpractice and a hospital wing full of injuries, the Reds had somehow managed to pull it together. After a dispiriting 3-22 start, David Bell’s club put up a 39-39 record heading to the trade deadline. In July, they won series against the Yankees, Cardinals, Rays and the Orioles. Three rookie pitchers had given the Reds a strong starting rotation. The lineup wasn’t great but had a bit of pop now and then. Parts of the bullpen had even shown modest signs of coming around.

Then, at the trade deadline, ownership and front office pulled the rug out (again) and traded Luis Castillo, Tyler Mahle, Brandon Drury, Tyler Naquin and Tommy Pham for a pile of teenagers and prospects whose ETAs run from 2024-2026 or later. The moves were a regrettable but unavoidable product of the way the team had been financed and (mis) managed the past couple seasons.

Since the deadline, the Reds are 3-6, having been outscored 41-21. The three wins came in games started by Graham Ashcraft and Nick Lodolo. The Reds don’t seem to get big hits like earlier because those bats now play for the Padres, Mets and Red Sox, are on the IL or should be.

As the team slides down the standings and often looks listless on the field (can you blame them?) fans are going to check out. Thanks to the poor record and Phil Castellini’s ignorant and insulting Opening Day remarks, attendance is way down. The deadline roster massacre will make that worse.

Instead of staring into the abyss, let’s look ahead. What is the Reds future? An excellent question.

But, an even better question and the place to start is when is the Reds future?

In recent days, assembling a best-case 2025 Reds lineup using the prospect pipeline has become a new exercise. Let’s call it the Lineup Game.

Back to the Lineup Game. One version might look like this. The numbers in parentheses are ages for those players on Opening Day 2025.

Jonathan India and catcher Tyler Stephenson would be veteran cornerstones. India would move to left field, a position he’s never played. The Lineup Game scatters the Shortstop Prospect Universe™ among a variety of positions, putting several other guys in unfamiliar places. Keep in mind, in 2025 both India and Stephenson would be entering the service time range when the Reds would be looking to trade them, based on recent precedent.

What the Lineup Game shows

At the end of this exercise, you’re supposed to squint and see a competitive team, I guess, and have optimism.

But a clear-eyed view of the Lineup Game should make you feel the opposite. First, remember, this is a best-case hypothetical. It assumes that everything ownership and Nick Krall just did in blowing up the team works out as planned. If every prospect hits. If injuries or underperformance don’t derail anyone. And even then, it’s three years away.

Even Barry Larkin and Eric Davis took a year or so in the majors before they became stars.

The success rate for prospects is nowhere as high as the Lineup Game assumes. Research shows about two-thirds of position player prospects in the Top 100 fail to become even average Major League players. Pitchers fare worse. Go back to that hypothetical list above, take out two-thirds of the players who aren’t India and Stephenson and then figure out how Krall and Castellini are going to make a team. That’s a conservative estimate, as not all those players are going to be top-100.

Point being, there’s an enormous gulf between a pile of teenagers and a assembling a contending major league team. To me, the Lineup Game shows how inadequate the plan is. Saying “prospect pipeline” as many times as you can in an interview doesn’t mean you’ll have a successful Major League team. It’s the difference between conducting basic training for astronauts and putting Neil Armstrong on the moon.

A moonshot with Nick Krall and Phil Castellini building the ship and calculating the flight plan.

Other than players who are indentured to the Reds by draft or trade, courtesy of baseball’s reserve clause, ownership and the front office have done nothing to build the team. The Reds haven’t signed a player extension since Dick Williams quit in 2020. The most recent was in 2019, when they inked Sonny Gray to a terrific 3-year deal. This offseason, the Reds traded Gray to the Minnesota Twins for 19-year-old Chase Petty.

Prior to Gray, the Castellini regime had signed other successful extensions. Team-friendly deals with Johnny Cueto and Jay Bruce gave the club two extra years of service from each player. In 2017, the Reds extended Tucker Barnhart for an extra year with a four-year deal. The 2018 Eugenio Suarez extension was different because it covered four seasons of free agency. You might think the Suarez deal was a bad one for the club and you’d be right with respect to 2021. But in 2022, Suarez is on track for a 4-WAR season for the Mariners. His $11 million salary is a bargain for that production.

I wrote last year that ownership should have worked out similar below-market deals with Luis Castillo, Tyler Mahle and Jesse Winker, but they didn’t. Those players are now gone, with more than a year of service time remaining. Only 39-year-old Joey Votto ($25 million) and 34-year-old Mike Moustakas ($18 million) have contracts for next year.

I’m not saying Reds fans shouldn’t be excited about the talent and nightly exploits of the Reds’ acclaimed prospects. We should be. You can’t blame beat writers or fans for playing the Lineup Game. Now that we’ve woken up from the Field of Dreams, future Reds teams are all that people who have an interest, rooting or professional, in the club have left. Where else are we gonna go?

But let’s be clear. The latest Reds plan is nothing more than saying they can develop these youngsters into a contending team. (Unless the plan has changed again and I missed it. After all, just five months ago, Nick Krall said: We’re not in a rebuild.)

Winning with developed prospects is a fantasy. No major league team has ever succeeded relying on its prospect pipeline. Don’t forget, other teams — the Yankees, Rays, Padres, Mets, Dodgers, Cardinals — have prospect pipelines, too. They have top-20 and top-100 players. Those other teams spend millions on the best development money can buy, sign pricy free agents and extend their core players. It’s delusional to think the Reds can compete doing just one of those things.

Think the Houston Astros and Chicago Cubs won their World Series after tanking by playing 25-year-olds? The Cubs rotation was John Lester (32), Jake Arrieta (30) and John Lackey (37). The closer was Wade Davis (30). On the field was Ben Zobrist (35) and Dexter Fowler (30). The Astros lineup had two players younger than 26. Their pitching staff was Charlie Morton (33), Dallas Keuchel (29) and Justin Verlander (34).

We can’t expect the Reds team from the 2025 Lineup Game to be good. Not without adding significant veteran talent via free agency. The expensive kind of player Castellini and Krall don’t have in their plans.

If Reds ownership and front office want to show even the faintest sign of life, they could sign Tyler Stephenson, Jonathan India and/or the rookie starters to long term contracts now, like the Brewers did with Aaron Ashby a couple weeks ago.

While the plan won’t work, the glossy narrative about the prospect pipeline could buy Krall and Castellini time and with it, they hope, insulation from criticism. They are trying to shift expectations from “sustainable success” and “no peaks and valleys” to “just wait until these prospects arrive.” Under that view, how can anyone question the GM and ownership for failing in 2022 or 2023 or 2024? After all, the prospect pile is due to arrive in 2025.

I’m afraid dumping expensive veterans while hoarding cheap teenage prospects is a mutual pact between Nick Krall and Phil Castellini to fend off accountability for more years of catastrophic failure on the major league field.

Great piece and sadly, I have to agree. The bottom line is the current ownership has no business owning an MLB team. The team will never be moved, so I don’t care if the owners are from Cincy; I want this franchise’s history protected from ridicule by winning! I doubt the Cardinal fans care that their ownership lives in Cincy.