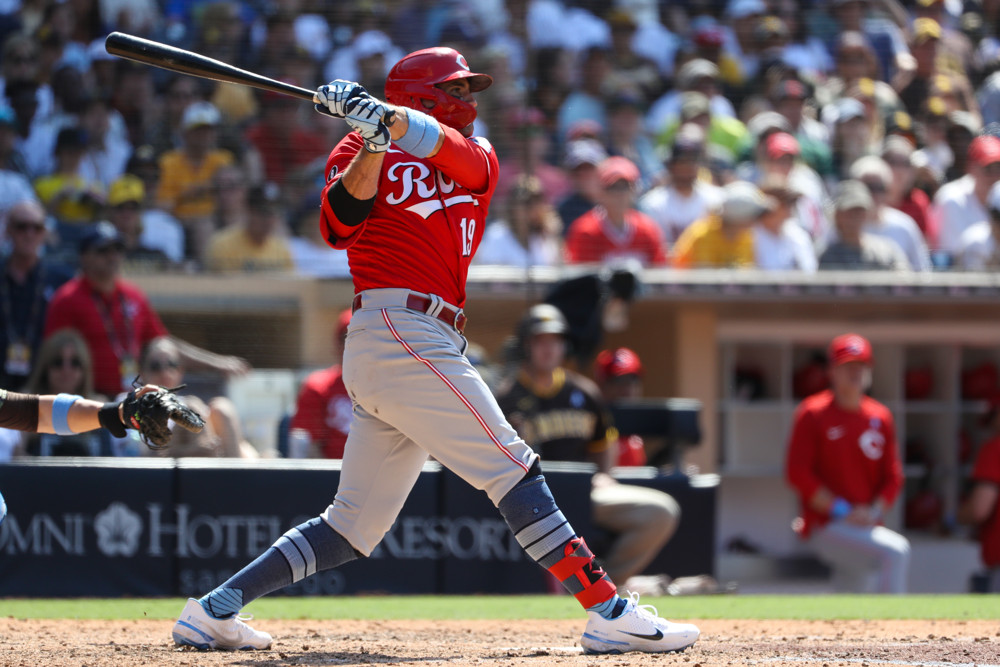 Last week, I looked at expected batting average (xBA) and how Reds hitters perform with it. Another statistic that has become increasingly common in the analytics community is “expected slugging percentage,” or “xSLG” for short. But what exactly is xSLG?

xSLG, like xBA, is also a Statcast metric. xSLG is an attempt to measure a player’s slugging percentage. This is done by assigning a probability that each batted ball will be a single, double, triple, or home run and is based on exit velocity, launch angle, and in some instances, sprint speed.

Much like traditional slugging percentage, a player’s xSLG is somewhat dependent on that player’s xBA. Therefore, to isolate a player’s power more accurately, it’s better to use “expected isolated power” or “xISO” for short. Traditional isolated power simply subtracts a player’s batting average from his slugging percentage, and xISO does the same with xSLG and xBA. This does a better job of indicating how much power a hitter has. For example, let’s take the below three players.

While all three have the same xSLG, each will have a different xISO because each has a different xBA. The league average xISO in 2021 is .165. Based on this information, Player A would be considered as having below average power. Player B is exactly average in terms of power, while Player C has above average power.

Given this understanding of what xISO actually is, let’s take a look at how Reds hitters have fared in the metric this season. For the purposes of this analysis, we will again look at only the hitters with at least 150 plate appearances this season as we did with xBA. 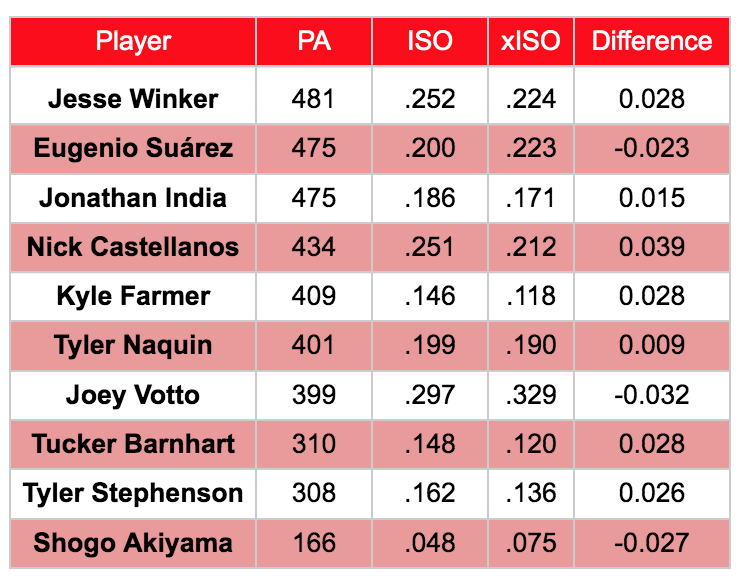 As you can see, just three Reds players have a higher xISO than their actual ISO: Joey Votto, Shogo Akiyama, and Eugenio Suárez. With regards to Votto, a few instances come to mind that could have an impact on this. One example is the single off the top of the wall to end his streak of consecutive games with a home run.

There were a couple other cases this season where Votto hit deep singles that likely came with much higher xISO numbers, indicated in the below graphic in orange. Votto’s 18th percentile sprint speed also often prevents him from taking an extra base, which would drag down his actual ISO. 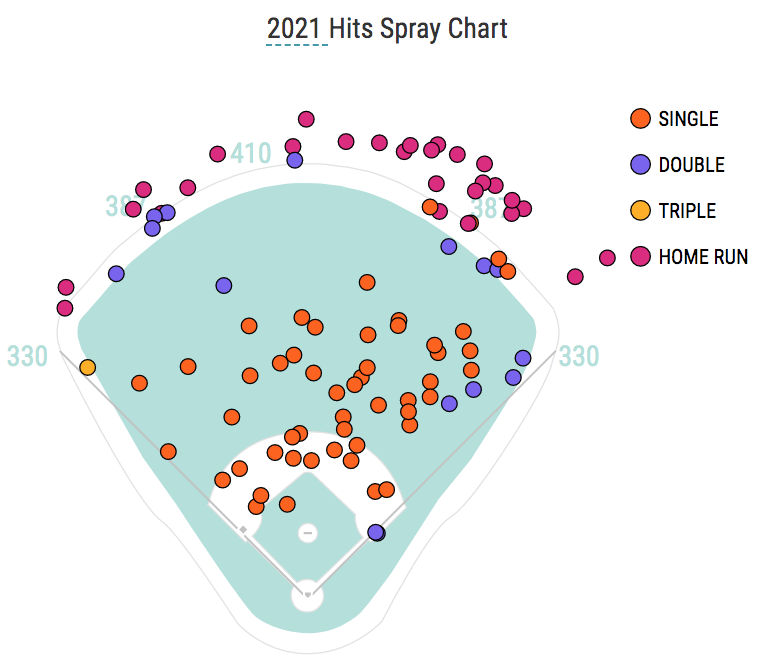 With Suárez and Akiyama, pinpointing the reason for their actual ISO lagging behind their xISO is more difficult. Suárez’s could be due in part to below average sprint speed, though his 45th percentile sprint speed ranking is far from terrible. There isn’t really an obvious answer for Akiyama’s difference in ISO and xISO, though it is certainly worth noting that even his xISO is less than half of the MLB average.

The other seven Reds batters with at least 150 PA have an xISO higher than their actual ISO. In this case, it’s likely because of the size of Great American Ball Park and its tendency to allow a lot of home runs.

Among the ten Reds players, six have an above average xISO, though Jonathan India‘s is just barely above average. Tyler Stephenson, Tucker Barnhart, Kyle Farmer, and Akiyama are the four that are below average in xISO. This seems in line with what you’d expect, given that none of the four would be considered power hitters.

Much like how xBA paints a clearer picture than batting average, xISO could help to better predict future performance. However, it is worth noting that xISO does not adjust for ballpark size, so it should be used with a bit of caution, especially given the Reds’ home-run friendly ballpark.

The ISO and xISO numbers really clarify what an amazing year Votto is having at age 37. In ISO he’s nearly 0.050 higher, and in xISO he’s more than .100 above anyone else on the team, including two all stars. An incredible resurgence. Maybe even better, because it stems from his new (as of mid 2020) stance and approach / philosophy, there’s reason to hope it’s sustainable rather than just a lucky run. Here’s hoping Votto is a fearsome hitter for at least another two or three years.